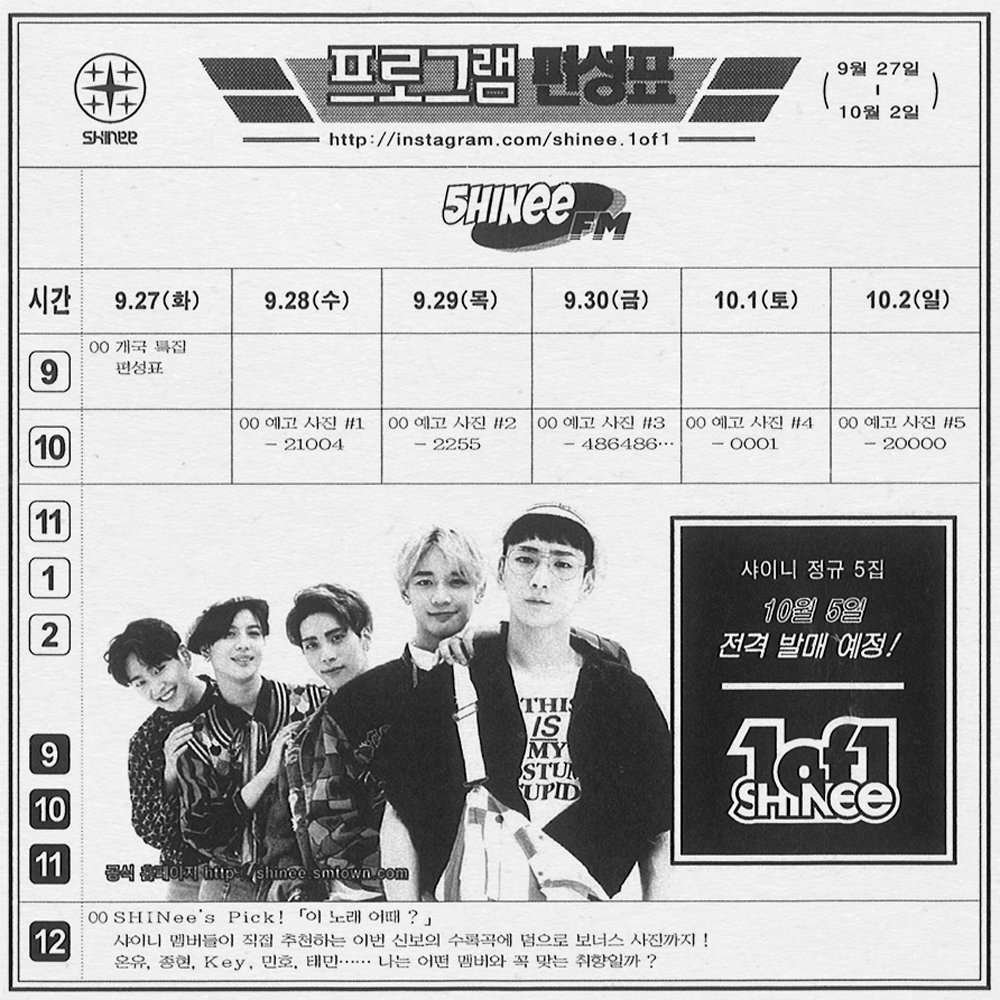 as confirmed earlier today, shinee will be making a comeback! their first in a year and two months! the album, titled 1of1, will be released on october 5th at 12am kst. to outline the release, sm has put out a "program guide", which can be viewed above, sharing what to expect over the next few days. starting tomorrow at 12am kst, they will be releasing two rounds of teasers (per say) daily. 12am kst: shinee's pick - where one of the members introduces one of the tracks from the new album to fans. (this will happen daily and switch off on which member it is by the day as well) along with a special teaser photo. 10am kst: individual member teaser. more to come tomorrow!