Z.Hera shares hilarious 'Scarlet Heart: Ryeo' story about EXO's Baekhyun
The October 18 episode of "Scarlet Heart: Ryeo" saw Z.Hera and EXO's Baekhyun's characters meet a tragic end, but according to the actress, filming their final scene was actually quite the hilarious experience.
Speaking to Star News, Z.Hera revealed that filming her and Baekhyun's final scene together required the two to lie down on sand for hours, so much so that Baekhyun joked that he felt like he was kissing sand: "When I think about it now, that scene was very difficult because Baekhyun oppa and I had to lay down on the sand for several hours. And because we were laying down there for so long, Baekhyun oppa ate so much sand that he jokingly said he felt like he was kissing the sand. But [even though it was difficult] it was fun."
But according to Z.Hera, the funniest moment came during the filming of their death scene because while she had trouble trying to act "dead", Baekhyun had no issue because he decided to go to sleep instead!
"The director told me that I'm good at lying still. I received many compliments because I didn't even have a single eye movement. It was really hard, though. I had to take all my energy out and couldn't have any shaking in my eyelids." On the other hand, Z.HERA said, "Baekhyun oppa was just sleeping. He had another schedule the day before the scene, so he just slept and I tried my best at playing dead."
What did you think about Z.Hera and Baekhyun's final appearance on ‘Moon Lovers: Scarlet Heart Ryeo’?
[Kang Ha-Neul admits he is a big fan of co-star Lee Joon Gi]

Kang Ha-Neul admits he is a big fan of co-star Lee Joon Ki
South Korean actor Kang Ha Neul just revealed that he is a big fan of ‘Moon Lovers: Scarlet Heart Ryeo’ co-star Lee Joon Gi. In a recent interview, the 26-year-old actor talked about his experiences filming the historical drama.
"I've been a fan of Lee Joon-gi since I was young and he's an actor I really look up to," Kang said in a statement obtained by The Kpop Herald. "It was just a great joy to work beside him."
Ka Ha Neul further revealed that he was delighted when he found out that he will be working alongside the actor he admired. And for that reason alone, he contacted Lee Joon Ki's agency to ask for his contact number, which paved way to the two actors to become close. Kang candidly added that he was surprised that the "Scholar Who Walks the Night" actor was glad that he got his number and contacted him like a stalker. The said incident remains as a funny memorable story between the Kang Ha Neul and Lee Joon Ki.
Kang also spilled some beans about getting to know Lee Ji-Eun, also known as IU. Since he only knew her through music, the actor thought that it would be a bit hard to break the ice. "But she has such a great personality and we just naturally kicked it off," Kang explained. "We're also in a similar age group so it was easy relating to each other."
Kang also discussed the inspiration behind his character's thoughts on arranged marriages, family expectations and falling in love with Hae-Soo (IU) in the drama. He said that "reasoning" is a conclusive factor in completely immersing himself into the role of Wang Wook.
Kang revealed that he always place himself in Wang Wook's shoes and envisioned himself under his character's pressures to justify the reasons behind his behavior and actions. The reason for an arranged marriage, the reason behind falling in love with Hae-Soo and later the explanation behind his changed in character.
[Lee Joon Ki talks about ‘Moon Lovers: Scarlet Heart Ryeo’ and his acting career] 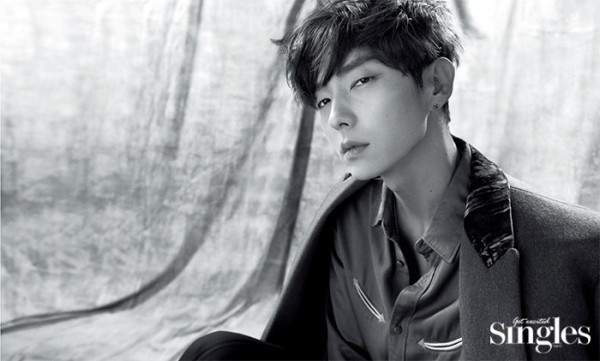 Lee Joon Ki talks about ‘Moon Lovers: Scarlet Heart Ryeo’ and his acting career
Lee Joon Ki, who portrayed the role of fourth prince Wang So in the hit series "Moon Lovers: Scarlet Heart Ryeo," recently graced the "Singles" magazine for a photo shoot. During the interview, Lee Joon Ki shared his thoughts about his drama series and his acting career.
Apparently, Lee Joon Ki is a bit worried about "Moon Lovers: Scarlet Heart Ryeo's" TV ratings considering the fact that it has a Chinese version which gained massive success. "I have worries about the TV ratings," the actor admitted. According to reports, the Korean version is not doing very well in terms of TV ratings as compared to its Chinese predecessor. This made the actor somehow feel sad, saying, "I feel sad. All the actors and staff worked so hard. Everyone worked so hard."
Despite the said decline in viewership, "Moon Lovers: Scarlet Heart Ryeo" has been getting quite positive feedbacks and has been welcomed warmly by fans locally and internationally. Lee Joon Ki's outstanding performance has been noticed by many and gained praises as well.
With all the admiration given to him, the actor continues to work hard and seek for improvement. "I have no regrets. As a leading role, I must have a sense of responsibility with its success, including TV ratings. As I watch this drama, I am looking for what it is lacking."
Lee Joon Ki also added that he takes everything constructively, be it criticisms or positive comments. He also watched other dramas to get tips on how to improve more. "Not just my works, but I watch almost all dramas and movies that are out to analyze what people like, why certain dramas have high ratings, and why some don't do as well. It helps me be a better actor for the next work and also helps me to select scripts."
Lee also revealed his acting is on top of his priorities, noting that he wants to improve his craft before settling down. With that, the actor is said to be ready to take on his next role for "Resident Evil: The Final Chapter" in 2017, Drama Fever reported.
The Korean actor will play as Commander Lee in the upcoming Hollywood film. Reports suggested Lee will only have a special appearance, however, the actor consider it as a good experience to improve in his acting. "I have been acting for more than 10 years now, but there's still a lot I want to show everyone. I haven't met my true character yet. I hope to in the future," Lee said.
When questioned about plans to get married, he responded, "I have my priorities. I want to be settled as an actor first. It's not just about performing well as an actor. I think a lot about how I can be chosen by the public consistently...Yes, I do feel frustrated with myself sometimes too."
[Lee Joon Ki thanks fans for pep talk via instagram]
Lee Joon Ki thanks fans for pep talk via instagram 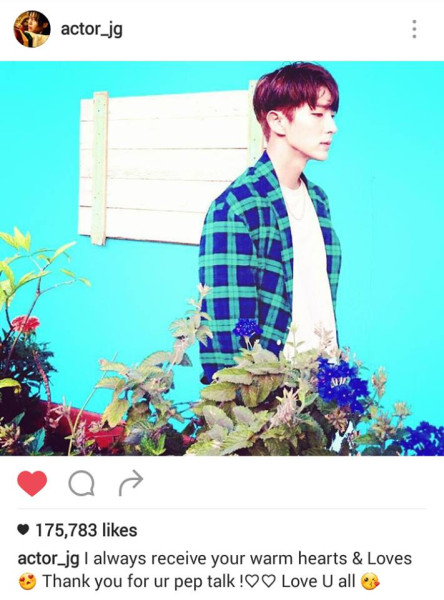 >> Domestic and international fans have been overfowing LJK's instagram with comments of enourangment and praise since the Singles interview got published.<< 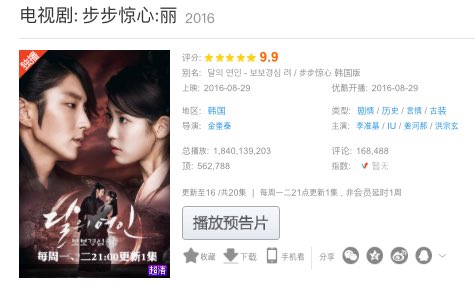 Despite the negative reviews it received after the premiere, the SBS period drama has become one of the most talked about shows in and around Asia. It did not just cross a billion views in China, but also become the most popular Korean mini-series of this year in Singapore and Malaysia.
The latest statistical reports indicate that the period drama achieved 73 per cent of time-slot among the four Korean entertainment channels in Singapore and Malaysia, according to Hello Kpop.
Meanwhile, citing the reasons for the increase in viewership, Virginia Lim, Senior Vice President and Head of Content, Production & Marketing, Sony Pictures Television Networks, stated that extensive promotional and publicity efforts have led to the success of Moon Lovers. "The thrill of being able to catch the drama at the same time as Korea for the first time ever in Southeast Asia has helped to boost Scarlet Heart's ratings," Lim explained.
sources:
sbs.com.au; yibada.com; itechpost; youku; ibtimes;
insta/actor_jg; sbs.co.kr; tumblr/lavenderbyun