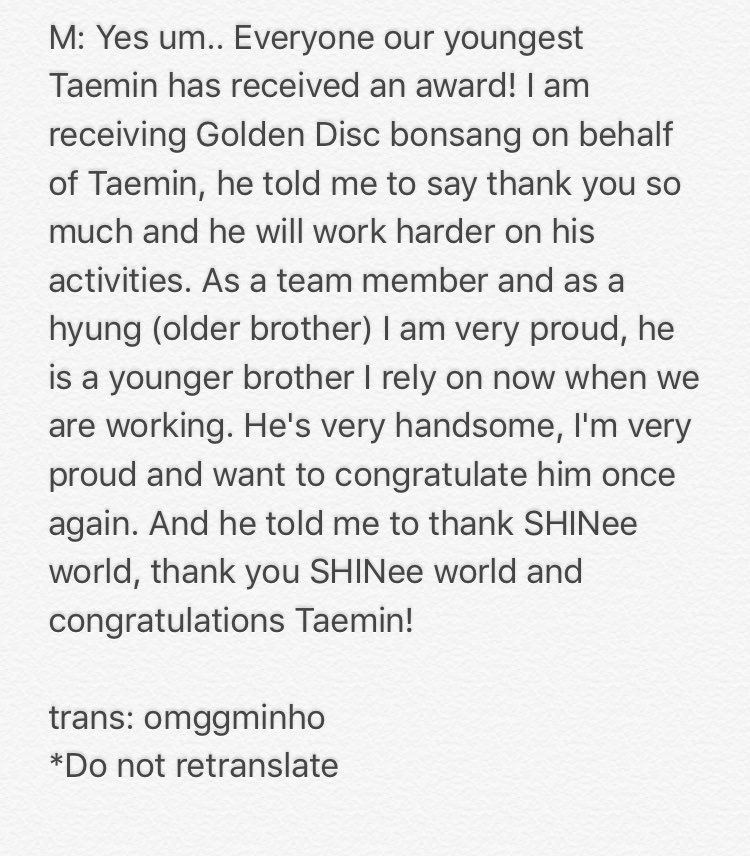 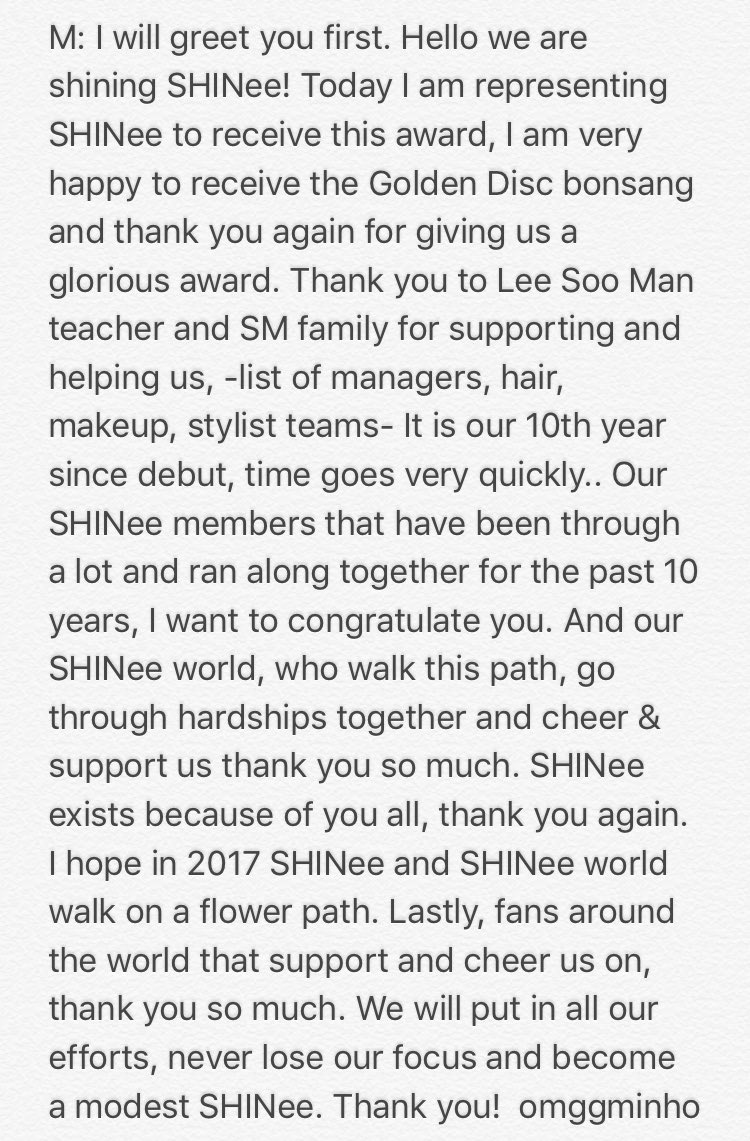 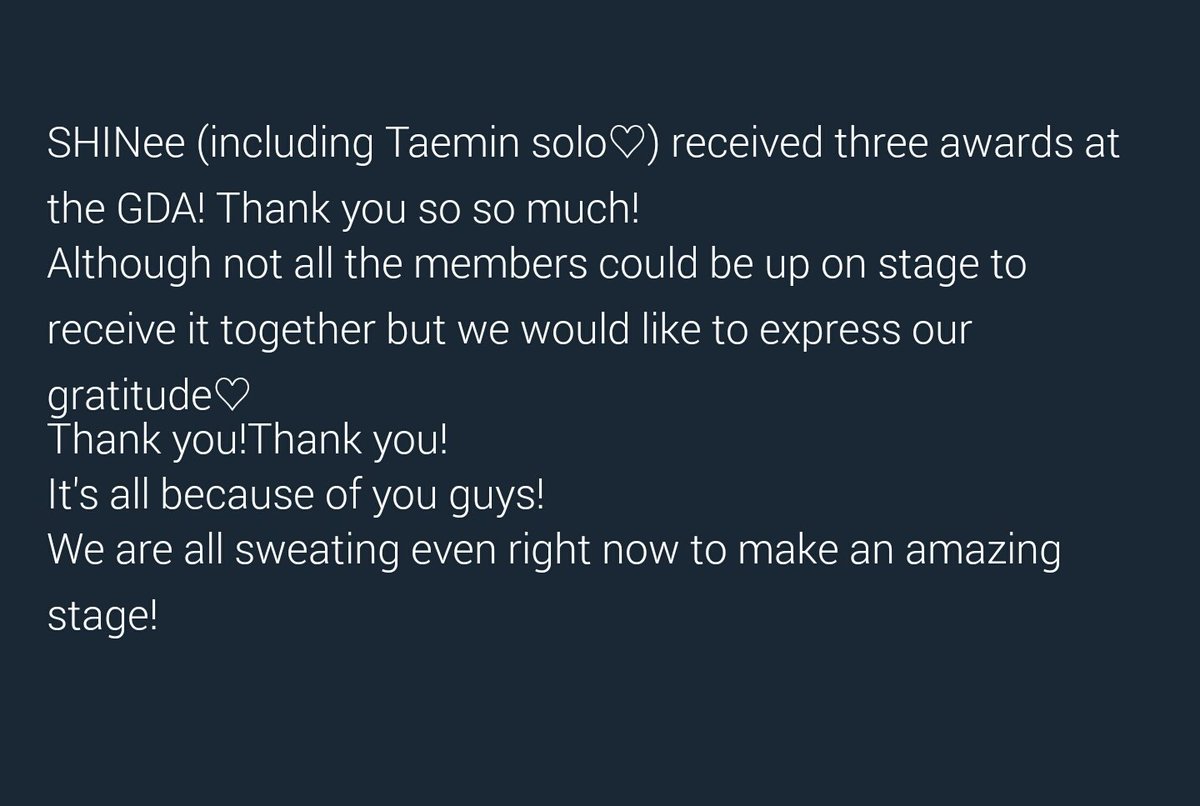 [cool factz]
some cool facts: shinee (when including both group and solo wins) are now the artist with the most awards taken home at the gdas with seventeen in total. (super junior and snsd are tied for first and second with nineteen each.) they've won five disk bonsangs as a group, and three as solo artists (two for taemin, one for jonghyun). they've also won the inkisang award every year since 2009 (whether it be as a solo act or group) with the exception of years that the show either didn't air (2011) or that they didn't release anything during (2012).

before anyone asks about why only minho attended: shinee was originally scheduled to attend as a group... up until midnight yesterday when sm edited their schedule saying only minho was going to attend. so, naturally, shawols were both confused and pissed. jonghyun's tweet implies that it may be because of how busy they are with prep for their japanese tour (which starts in two weeks) which i believe!! to an extent but others also think sm may be throwing a hissy fit behind the scenes about some STUFF.