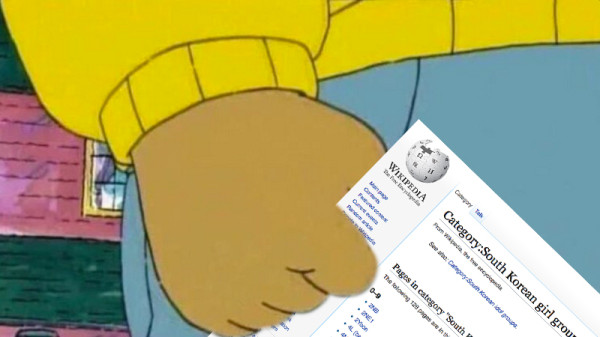 For the past few months there has been a huge increase in the interest of girl groups and their wellbeing. Quite a lot of people expressed their disappointments at how their favourite bop providers don't receive justice for all their hard work yet mediocrity, that is the male species, get rewarded for anything and everything. Recently, several famous/infamous girl groups made comebacks. Some of them were by top tier groups and some still waiting for that shot to fame but with members that are already popular. It's fair to say that a girl group breathing will send stans on a mad one with phrases like "they did that" and "*insert boy group* could never" being thrown left, right and centre. Girl group stans rage from the lack of success for their beloved girlies but how many of them actually came through for these struggling indie artists and bought their album? Did your favourite group meet the fandom's expectation.mp3?

Everyone and their mother is calling AOA flops but they are just confused.mp3. Even with the songs underperforming, they have sold nearly half of what their last album sold. If AOA could chart digitally as well as they get into controversies maybe we wouldn't be having this talk right now. Nonetheless, goodluck.mp3 to Chanmi and her angels

Verdict: You came through... kind of

It's no secret_128kbps.mp3 that stans loved to hype up the Apink reject in 2016 and it kind of worked because they sold well above average (17k). Since then, Cheng Xiao grew in popularity and with the addition of Kang Sira's understudy + the success of their previous comeback, this album should have had better results. The sales are already decreasing and they haven't reached half of what their previous album sold.
Verdict: tell_me_why.mp3 a lot of wjsn stans thought this comeback was a secret_128kbps.mp3 and didn't buy it
HELLO VENUS

After going through so many changes, people thought these indie pussycat dolls would finally prosper with Nara's newly found fame. Well they thought wrong. Their production has upgraded but it seems like this album won't even cover the costs of the music video, let alone their food, rent and everything else. Buckle up because it looks like we will be getting Wiggle Wiggle part 2 soon (or maybe an Astro comeback?)

Verdict: the future of this group is very mysterious.mp3

These girls fly under everyone's radar but their future is looking bright. Their new story.mp3 is their second best selling single and it's looking like they will outsell their last album. Who knew having a member who came 16th in Produce 101 would be more benefitial than a member who actually made it to IOI? I love karma!

Verdict: this is their #prelude indeed

Just like their name, they seem to be as relevant on the charts as last year's christmas tree. Their other albums sold around the same amount (4k) so what happened here? 101 copies... is that a hint they should've gone on the smash TV hit Produce 101? These girls seem to be serving decent singles but with no results. You know you're a flop when even international fans don't hype you up

Verdict: i hope they have a cushion.mp3 because that fall from that chart must be painful

God(blin) bless them for always trying (by "them" i mean 4/7). Their new comeback made a dent in the international community but it doesn't seem to be translating to the charts. That number is probably the amount of votes Eunbin got on Produce 101 after Square Ent screwed her over. There's only so much the Jang twins can do here when the main vocalists look like they want to die (maybe they ate all the CD's to look less dead on stage? who knows)

Verdict: SeeLowSales at it again