apparently, suju yesung posted the vid of their superhero cosplay which included blackface & henry responded to ppl asking ys to delete it pic.twitter.com/9gR1MGp7Q0

What happened? In 2013, Yesung did blackface as part of dressing up as Nick Fury (OMONA + ONTD post). He got a ton of backlash but somehow thought it was a good idea to post about it on his instagram again. A lot of fans are trying to educate him in the comment section and asking him to delete the video, when Henry suddenly popped up and left this gem:

UPDATE: Yesung has deleted the video.

[Why skin color is not cosplay] 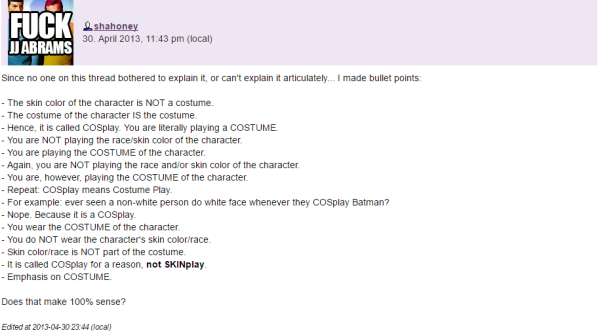