"The Korea Foundation (Korean: 한국국제교류재단, Hanja: 韓國國際交流財團) was established in 1991 by the South Korean National Assembly with the aim to enhance the image of Korea in the world and also to promote academic and cultural exchange programs. It is an independent organization affiliated with the Korean Ministry of Foreign Affairs."

A recent series of tweets from T-ara’s Eunjung have caused fans some concern.

The concert was held outside in -18°C (-3°F) weather, and the girls wore a short-sleeved fishnet one-piece with sheer black stockings that hardly seemed capable of protecting them from cold. Audience members and viewers alike expressed that they were uncomfortable watching T-ara shiver on stage.

Eunjung tweeted after the event, “People said it was still cold no matter how many layers of hanbok (traditional wear) they were wearing. Short sleeves and a fishnet one-piece… I’d like to apologize to the audience and TV viewers that were surprised. Even now, our car is filled with the sound of coughing.”

She wrote a separate tweet to her friend Ara, “I seriously felt the mystery of the human body. It felt like my skin was splitting, my joints were hardening, and my eyes were popping out of their sockets.”

Fans are showing their support, while criticizing the stylists for having them wear fishnets in Korea’s first cold wave in 30 years. One fan commented, “I could feel the cold through the TV monitor. Wearing fishnets in such cold weather, it was upsetting to watch the members shiver like that.”

Despite a forehead injury, Lee Joonki attended a press conference?for the musical “Voyage of Life” at the National Theatre in Jangchoong-dong of Seoul on August 24th.

Lee Joonki starred in the special musical production on its opening day (August 21st) with bandages wrapped around his head. However, despite his apparent injury, he gave the performance his all, receiving quite an applause at the end of the show.

After the show, the actor explained that he had incurred a significant injury during a rehearsal session for the musical. He had bumped his head onto a steel structure practicing just hours before the show. He was rushed to the Seoul National University Hospital where he had to receive 50 stitches. Although this was no minor accident, Lee insisted in performing that night because 98% of the seats were sold out. He felt it was his obligation and duty to deliver for his fans.

At the press conference, the actor apologized for causing his fans to worry and reassured them that he’s taking all the necessary precautions and receiving all the necessary treatments to get better. He also expressed how it caused a lot of stress for him to decide to sit out from the musical on the second performance night (August 22nd). He did state that he’d be back performing his role from here on out and would try his best to give the best possible performance.

“Voyage of Life” is a musical about the Korean War in November-December of 1950. It was put on to commemorate the 60th anniversary since the war between the two Koreas. Despite the fact that Lee is currently serving his mandatory military sentence, he participated in this special project alongside another A-list Korean actor, Joo Jin-mo.

On December 26th, Lee Jung Shin will appear alongside regular MCs Jung Yonghwa and Sulli as Jo Kwon was unable to make this week’s episode due to 2AM’s solo concert on the same day.

Seungri's done working with his mini and has a chow chow
( Collapse )
Sources: WillKoh, BB Daum Cafe via VIPZ, BIGBANGUPDATES 1 + 2

These two are such adorable love. Can Yonghwa and WGM have a tag pls. Happy Holidays to all :)

“We will become the 2AM that doesn’t stop progressing.”

Sensitive-dol 2AM (Chang Min, Seul Ong, Jo Kwon and Jin Woon) ended their first held concert since debut 2 years and 3months back and ended it with tears while talking about their feelings.

Sorry the article is rough. I just really wanted to post this and I haven't seen any other news site with the translations so I kind of winged it. Soheechul is so real.... at least on heechul's part LOL.

Edited with a few more pics.

Q: What’s your weapon to attract fans?
A: Dance! That is my most confident one. (laugh)

Q: Are you close with Big Bang, who is in the same company as you?
A: Yes. I’m close with each of them. GD oppa helps us with accessories and choosing with us and gives us advice when we shooting a music video or photoshoot. We also watch T.O.P oppa’s TV show and make a phone call after the show to support him and tell him, “today’s show was great.” And I always meet SOL oppa at the company when he’s exercising or practicing, and he also give us some advice. (T/N: 2 words can not be seen clearly from the scan)

Q: Despite friends in your company, do you have any other close artists?
A: In the same generation, IU and I sometimes contact with each other and I give her a key chain as a present.

Q: At last, please say something to your Japanese fans.
A: I want to make many powerful stages with Japanese fans. In order to do that, I’m studying and learning Japanese. We will meet you soon (in Japanese), please love us.

luvin all the bromance Group MBLAQ has scheduled activities for their new album comeback.

MBLAQ's agency, J.Tune Entertainment, told Money Today's Star News on the 24th, "MBLAQ's 1st comeback teaser will be revealed on the 29th" and added "Their first stage will be in mid-January".

They also added, "Many skilled producers participated in this album to help MBLAQ establish different images", and "Anticipate a powerful performance and highlighted stage".

MBLAQ's 1st full-length album is currently in its final preparation stage. This year-end teaser release will be followed by the music video, title song, and promotional activities in full scale.

MBLAQ's first full album will feature R&B vocalist Won Taek and other skilled producers, the album is schedule to release during mid-January next year.

Park said he was 5.8 billion won in debt when asked how much he earned by main MC Kim Seung-woo. Park is the producer of famous pop idol bands such as 2AM, Wonder Girls and 2PM.

“My income is only from copyright fees and a monthly salary,” he said.

In general, celebrities who run companies invest 70~80% of their income into their businesses and they pocket the remaining 20-30%, according to Park

Park puts all the income of 1 billion won from copyrights, commercial advertising and concerts into the management company.

This is why he has nothing except the apartment he bought on a 30-year installment plan in the U.S. and the 5-story company building, but even those are mortgaged.

“All of my debts are used in producing artists on overseas stages, but it is an investment for the future,” he said.

He also introduced a fortune telling episode. “My mother was worried about me, so she met with a fortune teller. The fortune teller said in later years I look very happy while I am wearing ragged clothes,” he said.

The low in Seoul Saturday was 6 degrees and in Cheolwon -- about 50 miles north of Seoul -- the temperature was 3 degrees, South Korea's Yonhap news agency reported.

Strong winds made the temperatures feel much colder, weather officials said. The wind chill in Seoul Saturday was minus 8 degrees while in the northeastern mountainous regions, the wind chill was 25 below zero.

The cold weather caused pipes to freeze and break in the Seoul metropolitan area, KMA said.

The southwestern part of the country received snow ranging from about 5 inches in Gochang to about 3 inches in Mokpo, a port city about 250 miles southwest of Seoul.

The cold snap was expected to continue into Sunday and warm up slightly by noon Monday, the weather agency said.

MBC’s My Princess has released a Christmas message video (watch below), which features the leads — Kim Tae-hee and Song Seung-heon — and is basically a collection of behind-the-scenes clips from the set. (Ryu Soo-young and Park Ye-jin also star as second leads.) 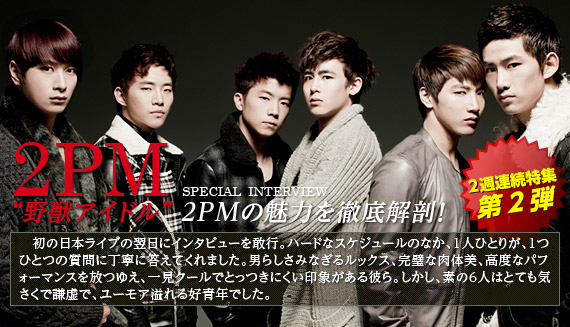 Using video data from each country, we isolated 10 music videos that made other most-viewed-of-the-year lists outside of the United States. There were a lot of great and very popular videos that didn't make it, but here's what we came up with: