One hundred influential figures were recommended by reporters under Asia Today, and through an intense internal discussion, were divided into four different categories.

For objectivity, 200 Asia Today readers currently working in any of the four fields were chosen to aid in ranking the figures for each category. Out of the 50 chosen, 19 are from industrial circles, 14 are government officials, 12 are related to culture and the arts, and five are from banking. 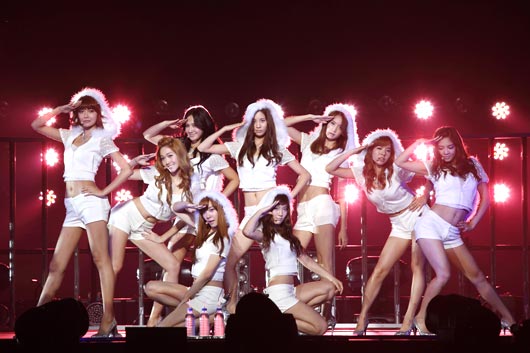 To SNSD, 2010 was just spectacular. The name 'Girls' Generation' is not just a girl group's name, but a trend now. It is a waste of time talking about fashion and cultural trends without mentioning them. Their popularity already went across the border long ago. After a month and a half of their debut in Japan, they took over the Oricon chart in their first attempt and are now going back and forth like it's their home.

SNSD has also shown their great power in Korea, winning the 'Disk Daesang' at the 2010 Golden Disk Awards, and also won the best awards at the Melon Awards and at KBS Gayo Dae Chukjae. Like they've shouted early in their debut, right now definitely is Girls' Generation. "This year has been the happiest, but now we feel great responsibility and pressure with the name, SNSD. We worry about how great we need to be to stay where we are today. We looked back at the happy times of 2010 with the girls and listened to their New Year wishes.

I HAVE NO MORE WORDS TO EXPRESS MY EXCITEMENT

Note: Hara and Seungyeon's were already blocked by UMG, so hurry up and watch!

T-ara performed the popular Bo Peep Bo Peep and shared the stage with cute children. They also performed Crazy Because of You, and this time showed their charismatic and sexy sides.

It seems that Jiyeon was specially careful tonight. She smiled a lot and showed dozens of facial expressions. It looks like the debate about Jiyeon's professionalism isn't ready to end.

In response to Jiyeon's expression during one of T-ara's performances last week, Core Contents Media stated, “Currently due to T-ara’s busy schedule with variety shows, performances and comeback activities with ‘Ya ya ya’, they are very tired. We think JiYeon must’ve been exhausted from it. However as a singer on stage, we are very sorry for not showing professional manners on stage.”

They added “She will reflect on what has happened and make sure it doesn’t happen again in the future.”

Sticking the Kara tag because for some God-awful reason there is no goddess tag.

let me know if you have more cuts of the others in this episode that i can edit in (:

TYFYT ♥
Have a Charming Friday Free For All♦♣♥♠

Happy New Year, OMONA! May the next year be full of charms! 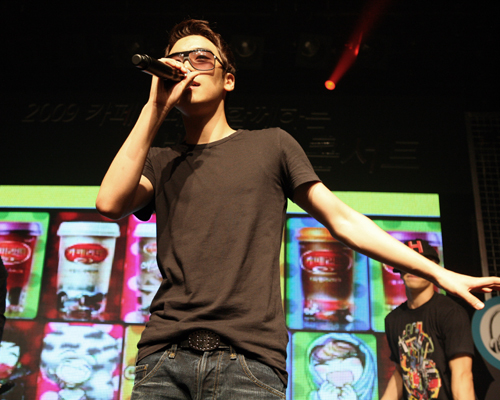 Seoul, Korea – Yang Hyun-Seok “Seungri mini-album is ‘ambush’…beyond expectations”
Announcement of future plans for Big Bang and Seungri made through YG’s official blog on the morning of the 30th

Yang Hyun-Seok, founder of YG Entertainment and its popular groups Big Bang and 2NE1, described Seungri, who will be temporarily pursuing solo activity, as a “hidden talent.”

FTIsland specially visited the [Treasures of British Exhibition - Beauty of Ancient Greece’s Human Body] when they came to Taiwan recently. It was the first time the 5 of them, Lee Hongki, Choi Jonghun, Lee Jaejin, Choi Minhwan and Song Seunghyun, visited an exhibition overseas and they were amazed with the nude sculptures inside the museum.

They're lying, FT is just using an excuse to imitate the cool arrow-shooting move in Hoot u__u

J. Rich’s Kim Woo Joo, who’s been a friend of TVXQ’s Yunho for 10 years, revealed that Yunho suffered from depression when the group’s controversy first broke out.

He stated, “I became worried when I saw him drinking because of the conflicts between the members. Yunho usually only drinks maybe once a year, but at the time, he drank about six times a month out of depression.”

He continued, “I’m glad now that he’s gotten back up on his feet again.” Regarding TVXQ’s comeback track, “Keep Your Head Down,” Kim Woo Joo explained, “Fans will be able to hear why TVXQ is unique.”

source: MK via Nate
via: allkpop 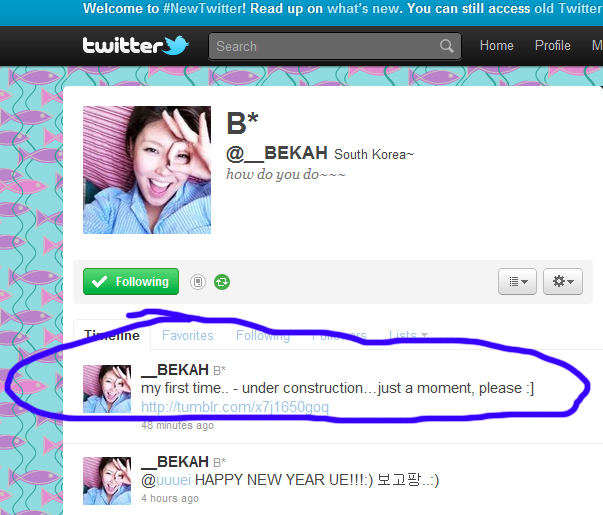 anicolen said, it's like the 4th wall coming down. Think of the possibilities and/or possible repercussion guys. The Internet is a scary, scary thing.

Doctors at a South Korean hospital pronounce a young gamer dead on arrival after he collapsed at a local gaming center.
( Collapse )


It's really intense how involved people are getting with these games...I can't help imagining that some people didn't even immediately realize the guy collapsed because they were so into their own game tbh. ._.
I wonder what game he was playing.
Entirely pasted from this source. :]
Collapse