"Hello this is Orange Entertainment.
We're terrible sorry to be revealing unfortunate news once again.
In December, with the end of "Knock Knock" promotions, Dongwook and Karin will be preparing to fulfill their military service duties.
In 2011 we expect to release a new album along with a new member.*
We are also saddened for this to happen, however the situation is inevitable.
For the remaining period of promotions and through future military obligations please continue to give your support and continue to love DNT as it is now."

*T/N: It's unclear if there will be more than one member.

They are expected to leave sometime this month, although a date hasn't been released. As of 2/8, Karin still had a full head of hair and his last tweet was 2/12. Dongwook's last tweet was 1/22.

I'm really excited about their Japanese debut and seeing what they'll come up with, but completely heartbroken about Dongwook and Karin. T_T

To this, the MCs valued his skill by calling him 'Danja', abbreviation of dance vending maching, 'danfac' for dance facsimile, and dance copying machine.

On the other hand, Miss A Min, Tony An, and etc. caused a laughter for mimicrying Chun Myunghoon's dance.

ps. sorry for the cut fail, I was in a rush. Edited already!

Edit: Translation is "Under the moonlight that shines on me"

“With the large number of Hallyu debuts announced in Japan, including that of Korean pop group MBLAQ, pop fans all over the world are bracing themselves for impact. B2ST is about to make their much-anticipated Japanese debut, and why not with an appropriately titled debut single? ”SHOCK“, a remake of the title track from their second Korean mini-album, is set to hit shelves on March 23rd, paving the way for their Japanese career.

B2ST will be joining the likes of fellow boy bands Choshinsei and Tohoshinki, and they’re expected to charm a large number of Japanese fans with their impressive dance routines, good looks, and catchy melodies.

The debut single will come in four versions, three of which are of limited edition:

B2ST will also be releasing a 2-disc DVD, “Genesis of BEAST“, to be released on March 2nd. It will contain music videos and rare footage of the boys; meanwhile, the ‘limited edition’ will contain a special 8-page postcard set and a trading card.

Source: allkpop
Just add a concert dvd to that and I can die happily

Supernova is preparing for their Korean comeback which should happen some time in March.

Airing on February 20th, the members who lost the mission to ‘become the perfect hotelier’ were punished by only getting makeup done on half of their faces. After getting their ‘lacking’ makeups, the losing members turned away from the camera, disappointed by their harsh punishment.

MC Lee Hwi Jae revealed his deep dark circle after getting ‘half makeup’, and Jiyeon shocked everyone by showing the size difference between her makeup-free eye and her makeup-on eye.

maybe I'm just used to eye make-up, but I wasn't surprised by any of their "transformations".... I want to know all their skincare secrets, though.

The judgement that actress/broadcaster Ahn Sun Young looks the same as miss A’s Suzy was recently revealed. For those of you who may not recognize her name, Ahn Sun Young is currently acting alongside Suzy on KBS 2TV’s “Dream High” as Mr. Kang’s sister. She also made headlines recently because of her kiss scene with 2PM’s Chansung.

i personally think that suzy is yoon eun hye's mini me. i love this cast so much and i'm so sad, dream high has only two more weeks/three episodes to go, i'll miss this drama and this cast so much ;-;
» allkpop » osen » ahn sun young's twitter

Among the many flower and rice banners cheering for Eric were from countries such as, United States, Canada, China, Japan, Thailand, Taiwan, Brunei, Malaysia, Hong Kong. *rolls around in all the Shinhwa goodness*
I'm surprised Minwoo was there. He must have gotten special permission to attend. 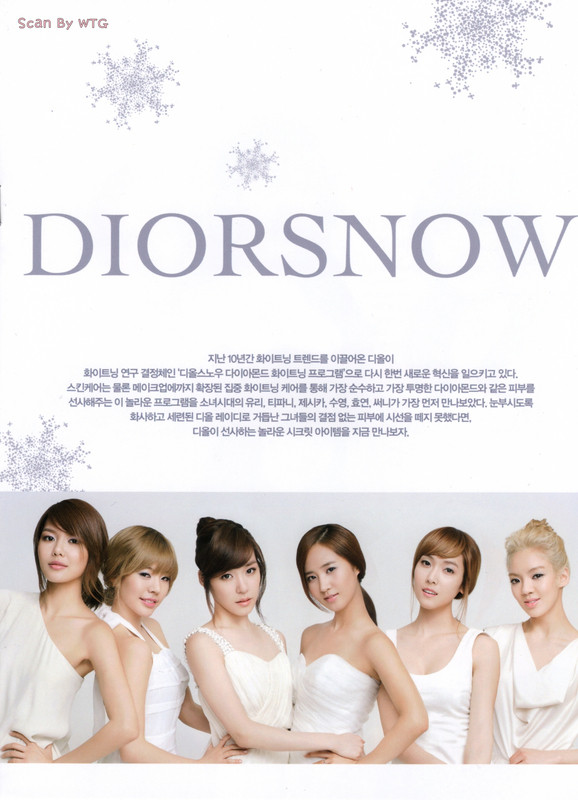 Radiating with the aura of goddesses, Jessica, Sunny, Tiffany, Hyoyeon, Sooyoung and Yuri were dressed up in white outfits and showcased the Dior products with elegance and style. The products include the DiorSnow line of whitening products, and makeup foundation. The other members were not featured due to on-going contracts with other cosmetic brands such as Clean & Clear, Innisfree and A-Solution.

Zico and Park Kyung are members of upcoming Korean Hip Hop group, Block B. I for one, am excited

tbh, imho, only good can come out of calling out the stations pandering to big entertainment companies even when the law says otherwise

There's been an article long time back saying that Henry WOULD be on Strong Heart so here are the official pictures. I'm pretty sure this is the episode with G-Dragon & Seungri as well :)

( Collapse )
Credits to. www.sbs.co.kr | Shared by. Blue★Princez @ SJ-WORLD.NET
TAKE OUT WITH FULL AND PROPER CREDITS. DO NOT HOTLINK.

However, due to various reasons, this article has been let go.

To all the fans who have anticipated this issue, we express our sincere apologies, but we want to thank the staff who have fought on to ensure the continuance of this issue.

In the future, we will work our hardest in the editing and production of the magazines to allow everyone to be satisfied. Please take care of us!

NOTE : Article has been amended to clarify that only the JAPANESE version was cancelled.

“What’s Up” had been known to debut this March through SBS. However, in a meeting with reporters on Friday 20th SBS CP, Kim Young Seob stated, “Even though we wanted SBS to work on ‘What’s Up’ because of various circumstances we were forced to cancel it.”

She continued, “There were some parts that were difficult for SBS to organize. SBS’s changes in programming seem to be too big.” she explained.

“What’s Up” drama started the shooting in July last year and it’s currently at a 90% completed stage. This musical drama depicts the passions and dreams of young students enrolled in the musical area.

The drama gathered lots of attention before even beginning to shoot with famous writer Song Jina who wrote drama “KAIST”, as well as with Daesung who raised many expectations as a debut actor. Also with Im Ju Hwan from (Tamra the island) and Im Ju Eun (Soul), Jang Hui Jin, Lee Su Hyuk, etc. the drama is composed of mostly fresh, young and passionate actorsthat play the role of aspiring musical students.

The work they have done during the past six months has been thoroughly vocal and dance training. On February 20th, ZE:A finally held their first ever fan meeting, “Happy ZE:A’s Day“, at the Melon AX Hall and presented a shocking visual performance of popular girl group dances for their fans to enjoy.

Source
WITH THIS AND SJM, THIS NIGHT AS BEEN TOO MUCH.

" I am afraid of separation and wound!!" Dara cheats on CL with Minji for a bit
( Collapse )
source: dara's m2d
translations by: GEE at ygl forums

then got a little guilty, so she updated about CL again lol
( Collapse )
source: dara's m2d
translations by: GEE at YGL,

er mods, I deleted the last post because the post I got the translation from seems to have vanished.

On February 19th, the members of B2ST guested on KBS 2TV’s “Entertainment Relay“, and were interviewed about both their pre-debut and post-debut experiences.