Forbes Korea ranked the top 40 celebrities in Korea. They first gathered a list of the most-searched celebrities from portal sites, then trimmed the list by keeping the top 100 that had appeared on many variety shows, dramas, movies or was active in sports.

Then they examined how much each celebrity earned with one filming of a CF or a drama episode. Then an examination of how frequently they appeared on music videos and on the first page of various magazines and took over one whole page of a printed newspaper.

The number of appearances on variety shows were taken into consideration, as well as the rankings on Hanteo chart for singers. MCs were checked for how many shows they MCed and how frequently the shows aired, and drama and movie actors were checked for the popularity of the work and how much they were paid for it.

I like this kind of lists cuz they show the reality in Korea. We, International fans, are easily confused.

The five-piece Korean boy group, Big Bang, have shocked music industry experts by landing a top 10 album on US iTunes.

Korean pop – or K-Pop as it’s now commonly referred to – has become one of the hottest genres in music with articles about the growing phenomenon appearing in Billboard magazine and MTV online.

This has led to a number of K-Pop acts trying their luck in America – from Wonder Girls to BoA – but so far with little success.

That is until the release of Big Bang’s latest mini-album Tonight.

It becomes the first K-Pop album to reach the top 10 on US iTunes and is the only non-English language album in the top 100.

If the genre’s popularity keeps growing at this rate, it’s only a matter of time until the K-Pop wave reaches Australia. 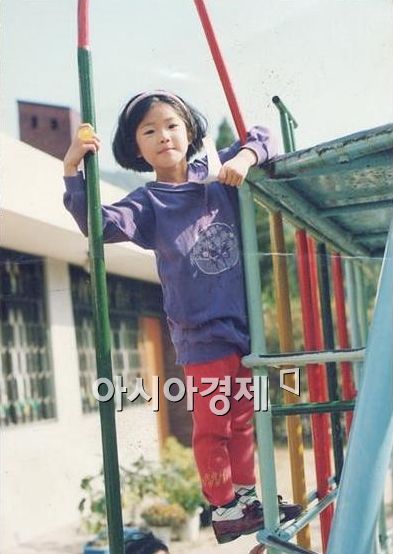 When Secret first debuted, they were known as the half-basement idol because they lived in an apartment that was half underground. However, they have risen like comets since then, with their success of not only "I Want You Back" but "Magic," "Madonna," and now finally their huge hit with "Shy Boy."

During her interview, Hyosung asked Asia E not to call her a "Rising Star" and asked them to treat her with ease. She talked about her childhood and said, "I'm the middle out of three sisters. My sisters were all born at home, but I was born at the hospital. On the day I was born, my dad and my maternal grandfather saw a comet, so they used the "star" character and put it in my name."
( Collapse )

She's so amazing and strong. ;~; and wow, I didn't know about her dad.

Along with an H.O.T reunion, could there a possibility of god reunion?

During the broadcast of KBS’s “I Received An Order From a Hero”, Kim Tae Woo came as a guest and performed some of his hit songs.

On this day, Kim Tae Woo stated, “Some songs sound good if one person sings it. However, there are also songs that sound good when the god members’ voices come together.” Upon hearing that, the MCs asked if there is a possibility of a god reunion. Kim Tae Woo replied, “I really want to work together as god again.”

He also stated, “There is music that only the god members together can do. Even though we are working separately right now, one day I want to show everyone myself as a god member again.

omg reunion please ;_; think of your son! he'd want this

While B2ST has been praised for their refusal to wear kimonos at a recent fashion show in Japan, member Dongwoon’s father has garnered attention after revealing his opposing opinion.

Earlier this week, B2ST walked the runway in Yumi Katsura’s fashion show in Tokyo, Japan. When they were asked to wear kimonos, they requested that they not wear them, saying, “Please consider the feelings of Korea.” Therefore, their request was accepted.

Korean netizens who heard of this news complimented B2ST. However, Dongwoon’s father, Son Il Rak, a professor of hotel management at Cheongju University, expressed his opinion on the matter through his minihompy under a post titled, “B2ST and kimono“.

“Since B2ST was scheduled to participate in the fashion show, the problem regarding the kimonos should have been addressed by both parties prior to the event. How would it have worked out if the hosts considered the anti-Japanese sentiment, which has arose due to the issues surrounding Dokdo Island, and refrained from requesting the use of kimonos?

At the same time, I don’t think it is advisable for our nation’s fans to be ignorantly appaulding B2ST for refusing to wear kimonos. What would you have done if a Japanese celebrity strongly appealed against wearing a hanbok during a fashion show held in Korea? Strictly speaking, doesn’t the wearing of traditional costumes have nothing to do with the problem with Dokdo or other such matters? Honestly, are they not problems that should be thought of separately?

It is proper to believe that B2ST should have firmly refused to wear kimonos, but if you look at it from a broader perspective, it is also proper for B2ST to have worn the kimonos.“

Actress Park Min-yeong, who captured the hearts of audiences in the KBS2 TV drama "Sungkyunkwan Scandal", has drawn the attention of advertisers as well.

Park has recently become one of the most sought-after models for commercials, sweeping seven advertising deals for various products from cosmetics to underwear, clothing and liquor over the last three months.

Her management agency said her success in commercials is due to her ability to show a diverse range of charms according to each product's brand image. On her rising popularity, Park said, "I'm very thankful and want to continue doing my best in my career and show my versatility in future projects".

She is heading back to TV with the SBS TV drama, "City Hunter", which is scheduled to air in May.

On the 25th's episode of Music Bank, 5dolls came out to sing "It's You." While the girls were praised for their performance, many fans were disappointed with their stage outfits.

The outfits didn't fit onto the girls well and was loose without any sort of form. The whole outfit was white, making fans say the outfit looked like something a lunch lady would wear.

Fans thought that while it was good that the outfit wasn't revealing, the outfits could have been more flattering. Many said, "The members have nice bodies and are skinny, and that point was completely covered up with these outfits," and "I hope they get to promote with outfits that suit 5dolls more."

Since January 19th of last year, Kara has been in the midst of turmoil that has yet to be solved. All the Kamilia have been standing by, ready to support every decision they made. However, now that Kara keeps running around in circles with no definite end by saying that they will stay together and then filing a lawsuit, many Kamilia are getting severely disappointed.

Fans are leaving comments online such as, "I'm no longer disappointed, I'm just angry and frustrated," "They tell us they love their fans, but all the Kara members, the three Kara members' parents and DSP Media are all doing this for money," "Why can't you just tell us that you're doing this to ear more money?" and "I guess we can only see Kara from press photos at the airport."

Korean Kamilia are even more intensely disappointed because while Kara is continuing promotions in Japan with Urakara, they have been appearing nowhere in Korea. Another major factor of disappointment is that they have almost completely stopped all their musical promotions.

As of now, Kamilia are feeling bitter and disappointed because of the situation.

I don't blame them. I feel like they chose money over us fans. I love them to death but I'm beginning to lose faith in this whole thing.

G.O from MBLAQ's recent revelations about T-ara's Soyeon have become a hot topic.

On the recent episode of KBS 2TV '100 Points out of 100', due to health reasons MBLAQ’s Lee Joon was absent and temporarily replaced by G.O.

Following, “Me and Soyeon are friends, so when I went to T-ara's dorm and first saw Soyeon’s room, it was full of brand-name bags only. I was surprised by seeing that.”

The other cast members on the show said, “Soyeon has a very distinct arm pose. It's for sure she has the celebrity illness”. Soyeon replied to the confrontation with a witty response saying, “I've folded my arms like this since I was three years old.”

Meanwhile, more details that G.O reveals about Soyeon can be found on the February 26th episode of KBS 2TV "100 Points out of 100".

“Soyeon has a very distinct arm pose. It's for sure she has the celebrity illness”
lol whut

Eyes are turned to BEAST’s member Yang Yoseob after the picture of Yang Yoseob cleaning the graffiti on the walls himself had been released.

At 5:30 KST on the 16th, BEAST’s manager posted on this own personal twitter, “Let’s not make it harder for our Yoseobie!” and posted up a picture as well.

The picture released showed member Yang Yoseob with his rubber gloves on and washing the writing written on the walls of the dorm’s front door.

Sasaeng fans appear a lot in idol groups and had been reported on the news in the past by following a star’s schedule by following their car in a taxi and more.

'Sasaeng fans' goals seem to have their idol “oppas,” who they love, realize the potential of them.

Earlier today, girl group GP Basic guested on a radio program, through which they revealed a short teaser of their new song, “Take You Away From Me“.

It sounds like a fun, energetic track with influences from Eurodance, and we can’t wait to hear more from them!

One thing we noticed though is how similar the chorus is to DJ Sammy’s 1999 hit, “Heaven“. Perhaps the girls are doing a Korean cover?
( Collapse )Source: allkpop and Aegyoprincess1@YouTube.com 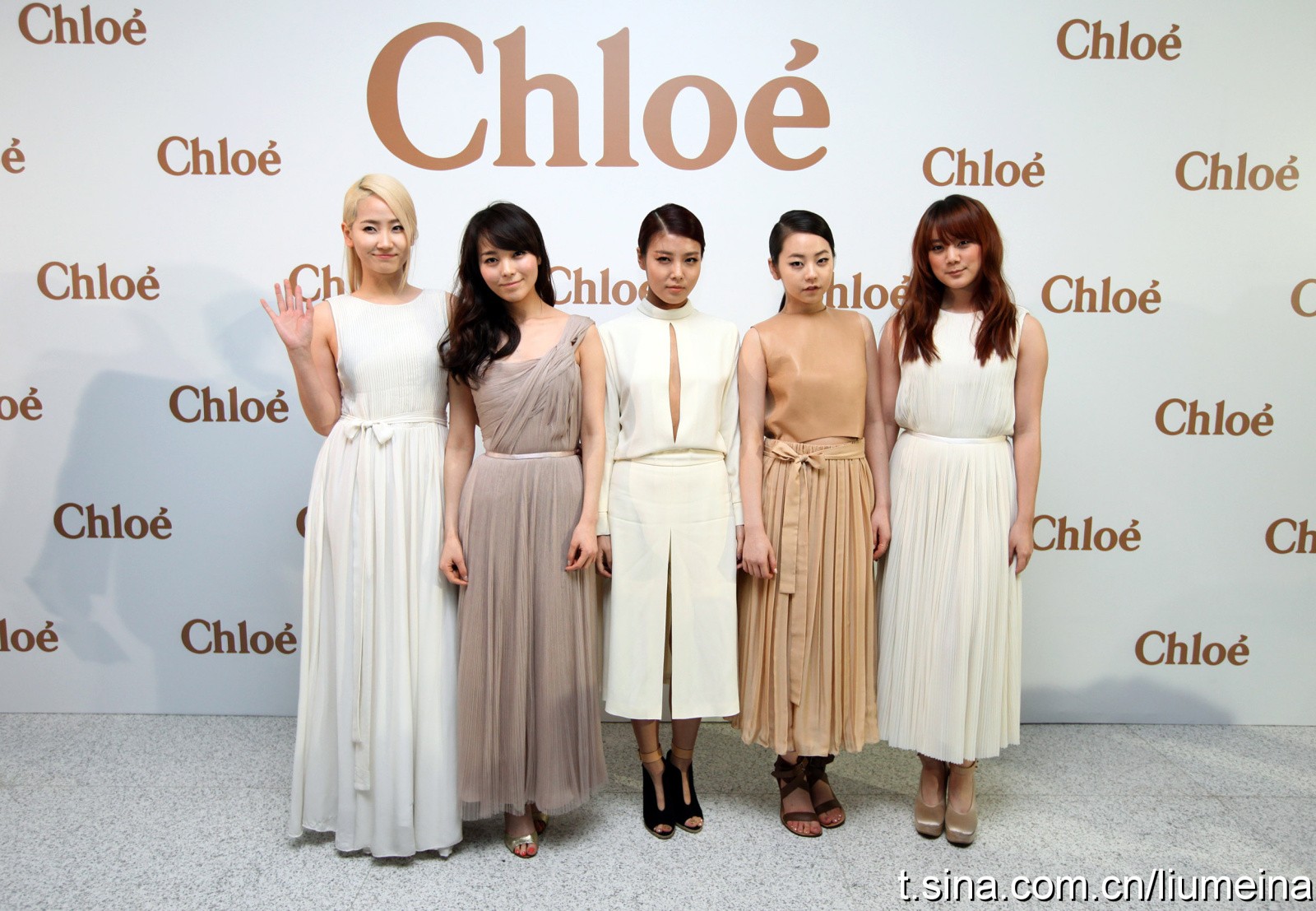 The Wonder Girls attended the the Chloe fashion show in Shanghai, China. They were there to help promote the French fashion label Chloe, to the people of China. The fashion show was also streamed live online. This event marked the first time China has had a digital fashion show. This works well with the increase of popularity in internet shopping.

With the success of "Dream High", We Got Married who is currently on the hunt for the next "it" couple may have found the right ones in T-ara Eun Jung & rookie actor Kim Soo Hyun.

I'm excited for Infinite's upcoming release but at the same time it's still bittersweet. They should promote BTD FOREVER!

There have been rumors that TVXQ's appearance would be cancelled, but it was carried through with a select number of staff members, resembling 007 with it's high-level secrecy.

Because the MC of 'Knee Drop Guru', Kang Ho Dong, is a close friend of Yunho's in their everyday lives, the day of filming was very harmonious and the atmosphere was comfortable.

The show is reputed for people's honesty and the revelation of secrets, so it is highly anticipated as to what TVXQ will reveal on the program.

In addition, the two-member TVXQ group has been exposing their new charms on various programs. Many people have started to respect TVXQ's ability to express themselves honestly without showing the outside world their darkest pain in their hearts through the big change over the past year, which is one of their biggest charms of all.

Fans have probably noticed by now, but Dalmatian is anything but rookie when it comes to talent. Each of the individual members are known for their extensive experience prior to their debut as a group, such as leader Inati with People Crew, Day Day as the rap instructor for JYP Entertainment, and Daniel with B2ST’s Yoseob.
( Collapse )