When is it gonna air, this episode full of gorgeousness??
I can't wait to see sporty Hoya in the games (*0*)

I had no idea they even put out a song until I saw the MuBank performance lol. But here's the video! I didn't like it at first, but it's growing on me a little bit, with the trot beat haha.

As fans are eagerly waiting for more information on Jay Park’s debut, it seems we now could possibly have a definitive date for his solo debut.

Back in July, Jay signed a contract with Sidus HQ, one of the biggest entertainment companies in Korea and recently the Sidus HQ website (http://www.sidushq.com/) has added a countdown clock with the words “DEBUT.” In addition, a video countdown was also added on the sidusiHQEnt Youtube channel with the title “[Countdown] Debut Project”.

Although there’s no mention of Jay Park on both sites, many fans are assuming that this is for Jay Park. If their assumptions are correct, we should be seeing his debut in around 6 days according to the countdown.


so what do you guys think!?!?!?!? I think, after waking up drunk and having to suffer thru the gym drunk, this is some fucking amazing news!!!!!! mods: please say it's fixed!!! lol

The Brown Eyed Girls are celebrating their fifth year anniversary!

Jea amused fans by writing, “How’s it feel celebrating our fifth anniversary overseas! Are you having fun by yourself?!!!! T_T”

Netizens commented, “Has it been five years already? Time really flies fast”, “Unnis, you’re always transforming! It might be a bit pressuring, but I’m really looking forward to your next album”, and “Adult idols are the best~”

Having recently released the Japanese MV for "Sign", Brown Eyed Girls plans to promote heavily in Japan. Their first solo concert in Japan, which will feature a live band as accompaniment and a set list of approximately 20 songs, is scheduled for April 29.

On April 27, the four will release their fourth studio album, "Distance". Unlike their most recent album "Sound G", produced by Mnet Media, the new album will be released by Sony Music Japan. The album will be entirely in Japanese, including brand new songs.

Those who plan to purchase "Distance" should look into the First Press Limited Edition, which will include a music video DVD.

Are you looking forward to hearing the Brown Eyed Girls' new Japanese material?

Note: the article on koreaboo had a tiny misunderstanding about our tweet, this is their first Japan album, not the comeback album.

But congrats to BEG for 5 years in the business!

A total of 3,000 fans attended the press conference of “You’re My Pet” at Ibaraki Airport this afternoon.

During a recent interview with Newsen,Co-Ed/5dolls’s Hyo Young revealed that she feels no jealously towards her twin sister Hwa Young, who was recently added as the new 7th member of T-ara.

Being the older of the two, there could have been possibilities of Hyo Young becoming jealous of her younger twin for being put in a more successful group before her. However, Hyo Young shut down all speculations as she stated, “She got put in a pre-existing successful group, so there’s a high probability that she’s going to do well. I’d rather pave my own path towards success.”

Fellow 5dolls member Soomi added, “When I asked Hyo Young if she ever wanted to be a part of T-ara, she said she’d rather rise up to success from scratch instead of being added in a group.”

According to the members, despite being twins, Hwa Young and Hyo Young have completely different personalities. Hyo Young laughed and said, “To be honest, I’m always arguing with her and it’s the other members who have to break up the fight.” The members added, “Hyo Young is really mature. While Hwa Young acts cute, Hyo Young gives her a lot of advice and takes care of her well. Rather than being a three minute older sister, she seems like a three year older sister.”

The BGM is one of CN Blue's new track, "Imagine". Check out the website, Hazzysbaghug for a virtual date with Yonghwa!  Click the button, type in your name, upload a photo/take a picture, choose a bag, and wait for your date. Once loaded, Yoong will appear and you can type in the box to ask him anything, eg: 사랑. TA-DAA~

CN Blue will be releasing their mv teaser next Monday, 7th March.

SNSD has teamed up with Domino’s Pizza again to deliver a fun new CF!

On March 4th, the pizza franchise revealed SNSD’s “Oh!mazing Festival” CF, their third release in their endorsement series with the girls.

This time, Yuri, Jessica, Tiffany, YoonA, and Sooyoung introduce Domino’s Pizza’s latest event with their song “Oh!“playing in the background. The “Oh!mazing Festival” is an event for which the prices of their top 5 pizzas get slashed by 5,000 won.

So, why call it the “Oh!mazing Festival”?

Recently, combining the faces of idol group members to create a “mean” or “average face” image for the group has become popular on the various portal sites. Shortly after SNSD’s average face image was released on KBS2TV’s “Sponge Zero” using faceresearch.org, netizens began to combine the faces of other popular girl groups.

Out of compilation photos from these groups “average faces”, certain members’ faces stand out more prominently than others. For example, the Wonder Girls‘ mean face image seems to resemble member Ye-eun (Yenny)’s face the most. Similarly, 2NE1’s average face shows a marked resemblance to Park Bom, while f(x)’s face resembles that of Amber.

Amongst netizens, T-ara’s mean face generated the most attention for its “doll-like” characteristics and the preservation of the members’ individual features.

Welcome members to the famous/epik OMNTD Free For All (Omona does it like nobody does). This is a once a week post where you can PICSPAM! . As well as make friends with your fellow OMNTD members.

NEW RULE: Because the spam is preventing some people from taking part in FFA we ask that you post only 1 .gif per comment to cut down on the load time of each page and spread everything out a bit more. Thank you.

♥TYFYT ♥Have a  Charming Friday Free For All

As if they are spotted everywhere, Dalmatian consists of talented members as they will awaken the music industry with their loud voices. With the longest years being 9 years and the others an average of 5, you can tell from one glance that they’re no ordinary group. They don’t appeal to masculinity through their muscles nor do they stir up the instincts of their fans through their cute smiles.

All the members have skills in producing and composing lyrics as well as knowing how to create complete songs. Their skills are no joke. However, their appearance of looking like goofballs is a deception as they’re full of loyalty. It took over 5 years for the group to make their debut with the eldest hyung Inati being the center and adding the youngest member Daniel into the team.

They were boisterous on the day of their music video filming and recording for their first comeback performance. There was no moment for them to be quiet. The staff consistently held onto their belly buttons from falling off with the joking around from the members.

Recently having released their mini album, Dalmatian gained attention through their songs ( Collapse )

Nearly 40 institutions in South Korea have been hit with DDoS attacks, including South Korean government and military sites, banks, and U.S. forces.

Cyber warfare may have reached a new level with Stuxnet, which seems to have been singularly designed to damage Iran’s nuclear program, but that doesn’t seem to mean more brute-force efforts have gone the way of the dinosaur. Nearly 40 organizations in South Korea have been hit by denial-of-service attacks designed to take the sites offline or at least reduce their accessibility, and while no one has claimed responsibility, similar cyberattacks in 2009 were blamed on North Korea.

According to South Korean security firm Ahnlab, the attacks targeted South Korean banks and financial regulators, as well as military facilities and facilities controlled by U.S. forces in South Korea and the presidential office. Although the an online trading system was shut down briefly under the force of the attack, a spokesperson from the office of the South Korean president indicated no damage was done.

The DDoS software appears to be running on a network of some 11,000 personal computers infected by malware and utilized in the attack. Reports have the vector for the DDoS malware being distributed on two peer-to-peer networking sites. Ahnlab is distributing a free removal tool.

The 2009 attacks have never been definitively pinned on North Korea.

Actress Ha Ji Won revealed her thoughts on past videos of herself.

On the 3rd, both Ha Ji Won and Psy had appeared on SBS’s “One Night of TV Entertainment” for an interview about their upcoming CF.

At that time, the reporter stated, “I heard Psy and Ha Ji Won did the song ‘Home Run’ together,” leaving Ha Ji Won lost for words. 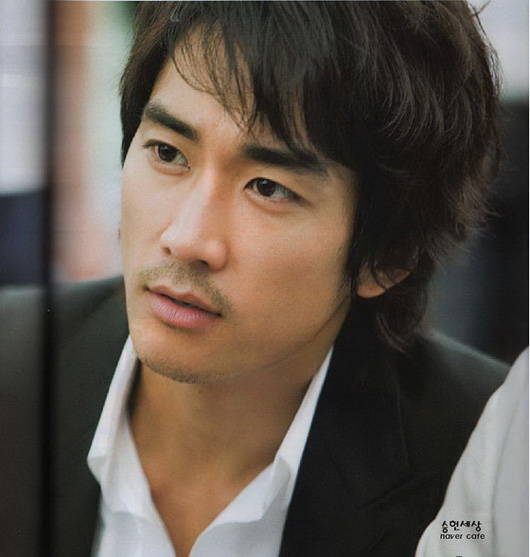 Actor Song Seung-heon (35) clarified the scandal between him and Kim Tae-hee among entertainment people.