The CEO of Open World Entertainment, the agency that houses The Boss, X-5, and Jun Jin, has been revealed to be arrested on alleged charges of sexual harassment.

On April 10th, he was arrested by undercover investigators near Gangnam for allegedly sexually harassing, assaulting, and raping his agency’s artists and trainees. Reports to investigators were filed a month earlier and officials have been working on the case since then, interviewing over 20 victims and testifiers, gathering further evidence on the case.

Investigators finally arrested him the day following his return from Japan and were cleared for a search and seizure warrant on the entire company building. Because investigators speculated that he and his associates would attempt to get rid of the evidence, they stood guard for five hours, interviewing group The Boss and their label mates to confirm all the details.

Police were able to find that the sexual assaults occurred on the company’s fifth floor along with the choreography rehearsal studio, which is located in the basement. Police were able to confiscate all CCTV (Closed Circuit TV) footage present in the building.

An official stated, “We’ve been receiving countless reports that the CEO was using his higher position to regularly sexually harrass and assault his trainees. Over 30 victims are involved in the case.”

Meanwhile, actor Go Joo Won as well as Shin Ji Soo was also housed under Open World Entertainment, and there were also a large number of girl group trainees. Jang is currently denying the charges made against him.

I feel like I need to take a shower. Foul, rotten bastard. 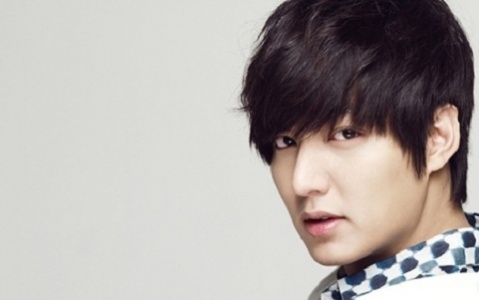 The star Lee Min Ho of “City Hunter” and “Boys Over Flowers.” On April 3 Lee Min Ho’s agency Star Haus Entertainment confirmed that Lee Min Ho will appear on the new SBS drama “Faith” (Or Shin Eui) which will broadcast in August. As we reported before, Kim Hee Sun was confirmed for the drama. The new drama will have a historical setting which will be Lee Min Ho’s first try.

The story will be about a warrior during the Goryeo dynasty and a doctor from the present trying to make a king that heals common citizens. Lee Min Ho’s role will be the captain of the king’s guard, who will later become a general.

Lee Min Ho stated, “The moment I began to read the script, I was absorbed into it. I ended up reading up to the 6th episode. I always liked historical dramas, and wanted to appear in one for an image change. It is as if I met the perfect set of armor.” He also spoke about being excited to work with the director of the drama.” The jacket photos for SISTAR‘s upcoming ‘Alone‘ mini-album have been released!

The girls are wearing leather outfits for the “red pictorial” concept seen in the first teaser photo. Many fans were surprised at their new provocative image.

Check out the ‘Alone’ pictures below and stay tuned to allkpop for updates on SISTAR’s April 12th comeback!

Recently, JYJ's Kim Jaejoong posted on his twitter encouraging people to not forget to vote saying:

"Everyone, please make sure to participate in voting for the election. Please [upload] a proof shot~^^"

Since he tweeted that, his fans have uploaded various pictures of proof shots that they have voted in even included encouraging words for JYJ.

Back in February, Soompi had the chance to interview Block B prior to their controversial interview in Thailand. Due to circumstances, we had to push back the release of our video, but BBCs around the world rejoice! We have decided to treat our fans to the long-awaited interview.

Just like their music, the boys were upbeat, energetic, and fun. They gladly gave us a couple minutes of their time to chat after hours of rehearsals. So without further ado...check out the interview below!

Please leave a word of support to Block B!
Don’t forget to click CC for English, French, and Spanish subs!

If only the interview was longer, I wanted to hear the others talk

An airplane passenger videoed a mysterious oval white object flying over Seoul, South Korea, on April 7. The video has been lighting up the Internet since, and of course many people are offering extraterrestrial explanations.

As is de rigueur these days, the UFO clip was uploaded to YouTube, where it has been viewed millions of times. Some comments say it's clearly an extraterrestrial spacecraft; others insist it's a fake. Still others say it's neither but instead is a real object — such as a plastic bag in the wind, a parachute seen from above, or a drop of water on the window — that simply looks strange from that angle.
( Collapse )

Jung Yonghwa of four-member group CNBLUE proclaimed himself to be a “wando-nam” (totally arrogant man).
On the April 10th recording of MBC Music‘s ‘Show Champion‘, the studio was filled with CNBLUE fans who became silent when Jung Yonghwa mentioned that he was a “wando-nam”.
( Collapse )
Source: Allkpop
Segye Ilbo via Nate News

The representatives of Open World Entertainment issued a message titled “Warning of Legal Action For Defamation of Character Due to False, Exaggerated Reports, and Interference of Work” to Korean media outlets:

2012.4.10 False reports and exaggerations (such as the number of victims being over 20) by a portion of the media reports about Open World Entertainment’s CEO Mr. Jang as well as the confiscation, investigation, and arrest. By releasing the real names and pictures of stars under the agency who have nothing to do with the suspicions concerning Mr. Jang, artists have been defamed, in addition to damaging the reputation of Open World Entertainment, causing setbacks in work and loss

Shedding light on such a situation, Open World Entertainment’s officials, all agency artists, and CEO Jang Suk Woo’s legal representative request the withdrawal of articles, and will take legal action against media outlets that do not issue out correction apology articles as well as the rest of the media outlets that have been blindly following the false, exaggerated reports, and will also make sure that there will be no reports defaming agency artists.


"False reports and exaggerations (such as the number of victims being over 20)"
idk what they're trying to say with that but i'm gonna stay here judging whoever wrote this and being utterly disturbed by everything :| flawless as usual!
I especially love that first pic of Sunhwa :3 The new rookie group NU’EST is speaking out for the people in their teens.

On an online community site, a video about teenage school bullying had been posted and is currently becoming the biggest problem for the teenagers.

One of the main reasons I really liked 'Face' tbh

Actress Ha Ji Won revealed her feelings about playing the real life table tennis player Hyun Jeong Hwa of the unified table tennis team in the movie "Korea" at the production presentation held at Apgujeong CGV on April 4, saying, "I have not been interested in reunification or inter-Korea relations before, but I seem to have had a little change inside me while filming 'Korea.'

I want to share those feelings with friends." She continued, "When I read the script, I cried after finishing reading it. The power of the script was huge enough to make me feel like playing the current table tennis coach Hyun Jeong Hwa." She explained how she decided to appear in the movie. Kangin will finally return to Super Junior after 3 years.

On April 16th, after completing his military service, Kangin will be discharged and is scheduled to rejoin his fellow Super Junior members.

It is believed that SM Entertainment has already confirmed Kangin’s return and has begun preparations. Fans predict that a new album will be released by Super Junior, joined by Kangin, in the first half of the year.

Open Word Entertainment‘s CEO has changed his stance since the news first broke out, for he has now admitted to a portion of the suspicions against him.

Kangnam Police Station reported on the morning of April 12th, ‘We arrested Mr. Jang on the suspicions of sexual harassment and sexual assault, and the total amount of female victims are six, with two of them being teens, who are underage.”

They continued, “Different from before, when he denied all of the accusations, he has now admitted to a portion of them,” and issued out a warrant of arrest.

Although specific details about the victims have not been revealed, it has been reported that among the victims were celebrity-hopefuls who had not even yet signed an official contract with the agency.

The police is reported to have acquired statements from female victims who testified that “Mr. Jang had commanded male idol group members to sexually assault us“, and is investigating the details. They stated, “This is a sex crime of a sensitive nature which we are currently in the midst of investigating, so we are approaching it with caution. The exact breakdown of the suspicions will have to wait until the investigation ends, and we cannot confirm for you everything regarding the female victims.”

What do you think of a Girls' Generation subunit?

On the April 8 episode of SBS “K-Pop Star,” Park Jin Young, the producer better known as JYP, made a comment that is sure to generate lots of discussion.

During the show, Lee Michelle, the half-Korean, half-African American contestant with exceptional vocal skills, was eliminated by Lee Seung Hoon, the phenomenal dancer who’s shown flashes of brilliance despite being labeled as the “least talented” out of the TOP 5 contestants. The result came as a surprise as Lee Michelle’s stunning performance of Soul Society’s “U Just” earned her many compliments from the judges, and a higher judge score than Lee Seung Hoon.
( Collapse ) Following the releases of the character posters for f(x), SHINee, and BoA, soloist Kangta has released his own character poster for SM Entertainment’s upcoming film, ‘I AM‘.

The poster sees Kangta leaning back in a relaxed manner, aiming to show his 16 years worth of experience in the industry and the veteran ease that comes with it. Having debuted in 1996 through H.O.T., he’s reached new heights in every step of his career, leading to a syndrome-like frenzy with his popularity. He’s taken a step back from it all recently, venturing into acting and working as a vocal coach on Mnet‘s ‘Voice of Korea‘.

His poster’s caption states, “There was a time when not one person… care to even glance in our direction.”

The movie hits theaters next month.

Post KCA, the girls are back in Korea as they voted!