I hope there is more to this editorial. I love it. One of the best she's ever done and that is saying a lot.

After having unveiled various member teasers and BTS footage of the members on their reality TV series, ‘Real Music Drama: GLAM‘, the group revealed the new practice video through their official YouTube channel in order to better showcase the dancing abilities of the two.

With a video for Zinni and Jiyeon released, we can perhaps hope to see more videos featuring the other members as well.

You can watch some other cuts of their show at their official channel (1) MISO takes off shoes in airplane (2) falling down ZINNI (3) Hitman Bang Rap (4) DAHEE cries or you can watch full (raw) episodes at this channel: soGLAM BR
You can also check out their official Facebook page here: official.GLAM

Yiruma, a world-famous South Korean pianist and composer, was recently asked about giving an idol group a song. In the interview, he revealed that he would like to compose a song for Girls’ Generation as well as his affection for Tiffany, saying, “I want to exchange music with singers that do music completely different from mine. It would be a thrilling experience, having my music played under flashy lights, amidst a crowd going wild. I think out of girl groups, Girls’ Generation would be nice. I felt affection for Girls’ Generation’s TIffany after I heard that she said she liked my music. I was really thankful.”

Tiffany and Yiruma met more than a year ago in 2011, when Tiffany appeared on a touching episode of “Star King” in which she sang with a disabled children’s choir as Yiruma played the piano. Twitter-In response to Super Junior’s loss of 1st place in Mnet’s 20’s choice global star to Girls’ Generation, E.L.Fs worldwide trended #SUJUISTHEREALWINNER on twitter early Wednesday morning. This loss of first place has taken E.L.Fs completely by surprise, as many believe that now Sones, or Girls’ Generation fans, have been using illegal methods such as hacking in order to achieve such means.Some extremely sharp eyed detective E.L.Fs have found extremely incriminating evidence that show that Sones have hacked the mnet website.  Such proof is shown below. Actress Honey Lee has been under fire for her “lying” on air. Last month, the former Miss Korea made a guest appearance on OnStyle’s “Lee Hyori’s Golden 12” and revealed that she had been following a pesco-vegetarian diet for past nine years. She stated, “It’s been about nine years since I became a vegetarian.”

However, keen netizens were able to dig up a clip of Honey Lee eating meat. In 2010, she starred in Olive TV’s “She’s Olive – My Sweet Canada,” where she traveled throughout Canada, meeting people and enjoying the local culture. During the segment, she was captured deliciously eating on various meaty dishes. As such, netizens began criticizing the celebrity, commenting, “Vegetarian? Please. How can she be a meat-eating vegetarian?”

Honey Lee’s management agency clarified, “Honey Lee was indeed a vegetarian at the time. She had no idea that the program involved eating meat. She found out once she got to Canada, and she was placed in a tough situation. However, due to issues with sponsors, there was no way she could cancel the show. As such, she put on a show in a way that worked with the program.” He continued, “Honey’s friend accompanied her on the trip. So, after receiving approval from the producers, her friend tasted the food, evaluated them, and explained to Honey as to what she should say. As for Honey eating the meat, she spit them out as soon as the camera captured the shot it needed. Having stuck to the vegetarian diet, she was repulsed chewing on the meat. However, due to the circumstances, she did what she could. It’s very unfortunate that his has belatedly become such an issue.”

Despite the “explanation,” many netizens expressed their disapproval toward Honey Lee and raised questions as to whether such reality tv shows were ethical.

Source : hosthotlover30 @ Soompi
Man I would have never been able to do it even if there were sponsors involved... idk.

Rookie singer Juniel who is increasingly gaining popularity with her charming voice and doll-like looks recently revealed her relationship with singer IU. Juniel who has been dubbed as the “2nd IU” insisted during her interview that she was “not worthy enough to even be compared with IU“.
( Collapse )
Source : Allkpop, Star News

Super Junior and SHINee had a Special Meeting with an American Girl ‘Donika Sterling’!

SHINee had a special meeting with a terminally ill girl ‘Donika Sterling,’ who loves KPOP music.

Donika visited S.M.Entertainment in Cheongdam-Dong on the 20th (today) at 11:30 p.m. and met SHINee in person.

With the support of Herbert Black, the CEO of American Iron & Metal Company Inc. in Canada, Donika could come to Korea on June 16th. Donika has said that she wanted to meet SHINee and Super Junior since she was nourishing her hope in life by listening to KPOP music.

SNSD's Jessica and f(x)'s Krystal being particularly close sisters is a fact that anyone/everybody knows. Skinship between family members to decrease is a universal fact for Korean families, but the two pretty sisters leaning against each others shoulders, hugging, and kissing each other on the cheeks doesn't look awkward. It's an unimaginable thing for me, who would run away when bumping into an oppa I went to middle school with in the hallway, but the two girls' affection is loveable to the point where it makes me smile like a mother would.

Krystal: I normally don't have any aegyo, and have a blunt personality. I'm only like this to my sister. But if I do aegyo, my sister says I'm annoying and shoos me away.
Jessica: I really don't like it, but she comes trying to give me a kiss, hugging me, and she does this until I accept it. Still, I think expressing feelings between family is good.

If Jessica and Krystal were to fight, who would win?

Krystal: Of course my sister would. Because there is a pretty big age gap, I was controlled by force when we were younger.
Jessica: I lose when it comes to strength now, so I win using skills.

Then, if both of you end up liking the same guy, who would yield?

Jessica: That probably wouldn't happen, but I think the types of guys we like are similar. If we see a guy that dresses well, we'd bicker saying 'he's my style'. But Soojung-ah, I'm the u.n.n.i.
( Collapse )

Wonder Girls gave their thoughts on competing against Big Bang on the charts.
The Wonder Girls released a new mini-album, Wonder Party, on June 3 with “Like This” as its lead track. On the same day, Big Bang also released a special album, Still Alive. The rivalry between two groups are receiving favorable reviews.
( Collapse )
Source: Star.mt

Ooop, it's such a bad, dated video, but I enjoyed it. I love him caressing his doll self at the end. 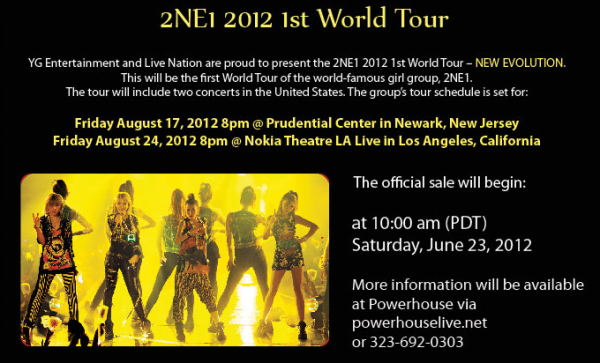 more info under the cut!

nooooooo why are they using powerhouselive?????

It’s been reported that Son Eun Seo and Choi Jin Hyuk are currently in a romantic relationship.

The actors met on the set of the SBS drama ‘My Daughter the Flower‘, which they filmed for seven months before it ended in mid-May.

A representative in the entertainment industry stated, “The two started to become interested in each other while filming for the drama, and their relationship naturally progressed into a romantic one. Choi Jin Hyuk fell in love with Son Eun Seo’s casual and good-tempered nature, and they’re currently dating.”

The couple was previously spotted on a date on the streets of Seoul. The representative went on, “Like any other lovely couple, Son Eun Seo was in Choi Jin Hyuk’s arms as they walked through Garosugil on a date. Though they both wore casual clothing and baseball caps, [people still noticed them immediately].”

Son Eun Seo is known for her roles in the dramas ‘Princess has Returned‘, ‘Flames of Desire‘, ‘Spy Myung Wol‘, and ‘Love Rain‘, as well as the films ‘Humming‘, ‘If You Were Me 4‘, and ‘Whispering Corridors 5‘. Choi Jin Hyuk previously starred in the dramas ‘Pasta‘, ‘It’s Okay, Daddy’s Girl‘, and ‘I Need Romance‘.

Neither Son Eun Seo or Choi Jin Hyuk have commented on this news as of yet. confirmed, dating since April

The only female labelmates at Cube Entertainment, girl group 4minute and singer G.NA took a trip by train recently.

G.NA tweeted on June 20, “I’m on trip with 4minute babies riding the KTX! Do you want to know where we are going? It’s been a while since we’ve been together like this,” along with a photo.

In the photo G.NA and 4minute members are seen like best friends looking youthful. The photo showed the excitement of 4minute members and G.NA who are known to be close friends as they go on a trip together.

Correct me if I'm wrong but Guckkasten is German for "Kaleidoscope", right? I'm sure I've heard it somewhere but I can't remember... The song's okay btw. At least it's different than other K-Pop songs. Also, these guys are in the same company as ALi?

Big Bang‘s Seungri has revealed that he will be pursuing solo activities in Japan until September.

On June 19th, Seungri and Daesung made an appearance on the popular Japanese radio program “All Night Nippon” addressing the group’s future activities in Japan. Seungri stated, “The other Big Bang members will be participating in their own solo activities in Korea, while I will remain in Japan from July to September to work on a variety of activities. I look forward to appearing on many programs“.
( Collapse )
Source : Allkpop, Newsen + tokyohive

Right before the camera flash was about to go off, I told Kwon Yuri that I wanted to shoot 'her as an actress'. However, a girl who moved as one amongst 9 members on stage, who carried the 'acting-dol' label, worried about whether she'd be strong enough to stand alone. Throughout the shoot, she repeated, "I'm not [a] SNSD [member]. I'm an actress," like a spell, making me choke up. This lady with peculiar eyes went to and from being provocative yet dull, to reaching dangerously alluring extremities. But once the camera would stop, she would giggle and return to being a girl. "Photoshoots are one of my favorite schedules. There are times where freckles are visible, or moments where I make awkward, not-so-pretty facial expressions, and that's fun." Watching her laugh at her own 'embarrassing cut', where her eyes were half open, made me think of her as a person who is not afraid of being broken down or failing.
( Collapse )

he is so qt! his acting is pretty good for a rookie imo. i hope his character wakes up from his coma soon so i can see more of him. The girl group T-ara has been on a roll lately with one release after another, and their upcoming track “Day by Day” has been gaining healthy attention with the news that it will feature a science-fiction concept.

To promote the upcoming release, the group has released several more image stills that delve deeper into the sci-fi world featured in the “Day by Day” music video.

The new stills are reminiscent of Expressionist science-fiction films of the past couple of decades, and are especially evocative of the cult classic ‘Blade Runner‘ with the gritty, run-down look and the fantastical costumes.

“Day by Day” is scheduled to be released on July 3rd.

I can't for the life of me tell who the blonde one is. Does anyone else know?

ETA: More pictures added, and replaced one with better quality.