i am essited as fuuu.

In honor of the 2012 London Olympics and to cheer on the Korean athletes that will be participating, 2PM‘s Nichkhun and Junho, MBLAQ, miss A, SISTAR, 4minute, ZE:A, Nine Muses, B1A4, and Dal Shabet have teamed up as ‘Team SIII’ with Samsung to sing an Olympic support song titled “Win the Day“.

One of Korea’s top producing teams, Sweetune, has stepped up to produce this support song with its addictive melody to bring the Olympic spirit to everyone in Korea.

the photoshoot was posted here

Regarding Park Ji Min, J.Y.Park revealed on July 5th during an interview with TVReport, “You will be able to see her soon” .

When asked about the status of K-Pop Star winner Park Ji Min, J.Y.Park said, “She is currently in training. She is enjoying this moment. She is really bright. Always a happy girl”

The producer, singer, and now actor also commented about Park Ji Min’s debut date, “It’s going to be before the airing of ‘K-pop Star season 2‘. I think it will be around the time YG‘s Supearls debuts. I believe it’s going to be an exciting competition so the anticipation is high.”

When J.Y.Park was asked about Park Ji Min potentially debuting in a girl group, he said, “I can’t say its a definite no for a group debut. But she definitely won’t debut as an idol. It’s going to be a debut focused on Park Ji Min’s musicality.”

Meanwhile, Park Jae Hyung and Baek Ah Yun are currently getting ready for their debut as well after being picked as trainees for JYP Entertainment.

To see the subtitles, select the CC caption option on Youtube.).

On June 10th the event "Anime Happy Party 2012" was held in Duque de Caxias, Rio de Janeiro. It was an anime event which had some K-Pop attractions.

Big Bang Brazil was there to know of the expectations of Brazilian VIPs about Big Bang Concert here in Brazil. Among other curiosities:

On the upcoming broadcast of KBS‘s ‘Invincible Youth 2‘, guest Jo Kwon was teamed up with Suzy (miss A) and Sunny (Girls’ Generation) for farm work.

As they were busy digging up sweet potatoes, Jo Kwon spooked everyone as he began talking about his encounter with a ghost saying, “There’s a young male ghost wandering inside the building of JYPE and there’s a practice room where he’s always found.”

He recalled, “Every trainee who has gone down to that particular practice room has had experience of falling down that stairway, at least once.”

Upon hearing his encounter with the ghost, Suzy is said to have given goosebumps as she recalled the incident of almost falling down that same stairway.

Others who guested on this episode were ZE:A‘s Kwanghee and MBLAQ‘s Lee Joon. Don’t miss this episode airing on July 7th at 5PM KST!

As of 10:04 p.m. EST on July 5th,the star has a total of 1,001,480 followers. Those numbers are growing by the hour, effectively displaying her influence as one of Korea’s hottest SNS stars.

Suzy created the account on June 7th, 2010 and has since gained over a million followers as she expanded her career from a member of an idol group to a new rising actress thanks to her talents and charming looks.

it's a cute song ♥ and kevin-hoon moments :)

Check out her performance below!

The hint came through a fashion designer in Seoul INSTANTOLOGY (@instantology), who is well known for doing custom clothing for YG Entertainment.

Instantology tweeted, “The members visited our office for the production of outfits for Epik High’s new album. We hope that the new album after moving labels to YG Entertainment, will be daebak!”

Two members of Tajinyo, a group that’s been making malicious claims about the validity of Tablo‘s degree from Stanford University, have been sentenced to prison.

‘Won’ and ‘Lee’ were sentenced to 10-month prison terms for defaming the rapper at Seoul Central District Court on July 6, 10AM KST. Six other members of the group were given 8-10 months in prison, suspended for 2 years.

Judge Kwak Yoon Kyung stated, “The public is free to express their interest in celebrities, and celebrities must handle it to some extent. However, the two went over the threshold of simple comments into continuous, malicious slander against Tablo and his family.”

He went on, “Though Tablo had submitted sufficient evidence, they didn’t believe it and claimed it was the work of hackers and middlemen; the malicious comments did not stop. The two persons [are guilty] of defamation of character against Tablo and his family, and they even insisted that the evidence was fabricated. Because they did not apologize or reflect [on their actions], they were sentenced.”

FINALLY! So happy for Tablo :')

A fourth grader in Gangwon Province is believed to have killed herself on Tuesday morning, leaving a letter that read, 'Life is too tough.'

The police said the 10-year-old was found dead by her mother in the garden of their apartment building where they lived on the 11th floor.

'After I received a call from her teacher that she did not come to school, I scolded her on the phone since it was a test day. She did not answer the phone when I called her again. I felt strange and went home to find her,' the 37-year-old mother, whose name was withheld, told the police.

A family photo was placed on the terrace of the family apartment with the letter in which she said, 'I am sorry. I am doing this because life is too tough,' according to police.

The student reportedly gave her belongings to her friends and left eight of them a letter.

In the investigation, it was discovered that the girl had searched on the Internet for painless ways to die.

The report said her relationship with her schoolmates was good and that she also did well in school.

Her mother was working a night shift the day before the girl's death and her father had been away from home for work. The girl was left alone after her older sister went to school in the morning.

'Considering she left long letters to her family and friends, we think that she had prepared for the suicide beforehand,' the police said. The police will investigate further to ascertain what led to her death.

GirLs be AMbitious, I guess? But why was this necessary? (ｏ`皿′ｏ)ﾉ I guess it's better than most weird abbreviations though, even if it doesn't make any sense.

this performance is just so sexy ♥

2PM‘s Taecyeon recently had fans laughing with his special audio message for the group’s fan club, Hottest.
Different from the traditional messages that artists will leave for their fans on their fan cafe, Taecyeon decided to incorporate the use of auto-tune to express his love for his fans while taking a break from his composing work as ‘TY‘.
With his fans responding positively to his unique fan service, Taecyeon tweeted, “I’ll have to try to making a morning alarm next time, kekeke”.

Source: AKP + KBOJKS
i swear you can never be bored with him as your bias lmfao

No exact time is given. Can't wait <3 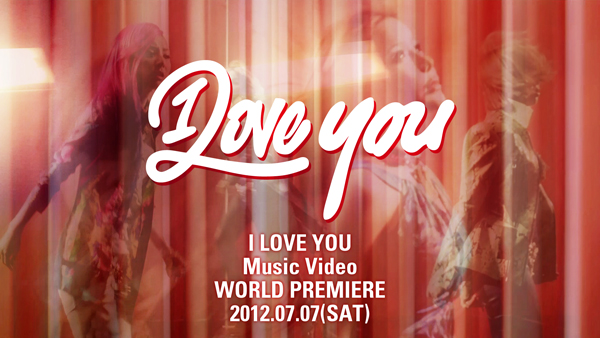 Ask any Korean about a woman’s S-line, and they might point you to the elegant meanders of the female form: the feline curve of a woman’s lower spine, pert yet voluptuous breasts, a slim waist. Perhaps they would recount their favourite celebrity S-lines, celebrated in magazines and commercials throughout Korea.

But a recent photograph, which has received huge amounts of netizen attention from the Korean internet community, has put the s-line in the firing line. When the Nakkyeosseo Facebook group reposted this picture of Yui’s fine s-line from a 2009 ad shoot, it attracted thousands of likes and hundreds of comments on the Facebook group alone:

Open to: All, detailed results viewable to: All. Participants: 639

So, Omona-zens, which one did you assume was the S-Line?