Planning Out Your Trip To Seoul: A Beginner’s Guide 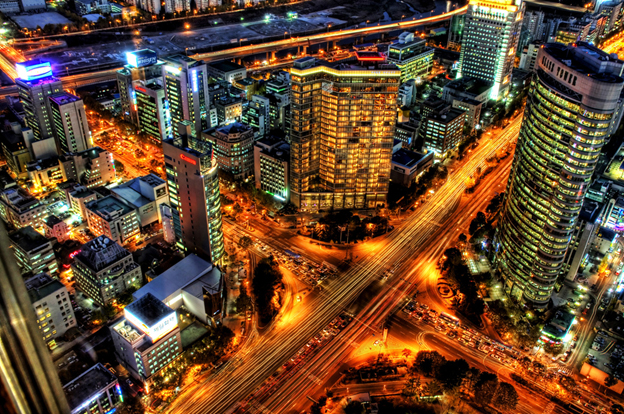 A look at the Gangnam district in Seoul at night

So you’re almost ready to go to Seoul. Inside the airport, you make sure you have everything for your trip. You got your ticket in hand, your passport in your bag, and enough money and clothes to survive on for two weeks.  So far, everything looks good.

As the wait for your flight counts down, an announcement “departing to Incheon International Airport” suddenly breaks the silence. The trip to Korea has now begun.

For most visitors of Korea, their first destination outside the airport is Seoul.

In the past five years, Seoul has been getting considerable notice on the world stage. The ‘Seoul’ of Korea has been voted the top Asian tourist city by Japanese, Chinese, and Thai travelers from 2008-2011. As the center of the Korean Hallyu Wave, one of the most powerful economic cities in the world, a blend of Eastern and Western culture, and the birthplace of K-pop, Seoul is the new “cool” city to visit. The possibilities of fun in Korea’s capital are endless.

Whether you’re here to learn Korean, learn about Korea’s cultural highlights, catch your favorite drama actor on the street, or stalk your favorite K-pop star, Seoul has it all.

So what will you do first when you get to Korea’s largest city? Let’s find out.

2NE1, who is about to embark on their ‘New Evolution‘ world tour at the end of this month, has been featured on 5 different covers of ‘1st Look‘ magazine!
( Collapse )
Source: Allkpop

It has been revealed that B.A.P has trashed all 50,000 copies of their 1st mini-album ‘No Mercy‘ and will be delaying its release to a later date. B.A.P was scheduled to release the MV of “No Mercy” and the album both on and offline on July 19th. However, the group has decided to discard all 50,000 copies of album due to problems with the finished product.
( Collapse )
TS have you learned nothing from YG???
Pretend it's vintage or a limited edition, duh!!!

Choaya [Who Has A Heavenly Voice].

2NE1 has announced the opening of an official global website for international fans!

As of now on the new site, Blackjacks can buy tickets for 2NE1′s United States stops for their ‘New Evolution‘ tour, watch the group’s music video for their new single “I Love You“, and download the track on iTunes.

first post!!~ let me know if i did something wrong(this was supposed to be posted yesterday but yeah..

The fourth of five episodes featuring Super Junior on KBS 2TV's Star Life Theater aired on July 19, 2012. KBS' Star Life Theater features the background story of the "Hallyu President," Super Junior and reveal their struggles as well as their efforts that led to their incredible success. The fourth episode shows behind the scenes footage of Kyuhyun preparing as MC for Radio Star and takes a close look at the friendship between Leeteuk and Donghae, from the time the two almost debuted in a different group, Smile, to Leeteuk's promise to Donghae's father.

Below is the softsub for the episode:

Infinite for Cosmopolitan “We want to stay together as seven” 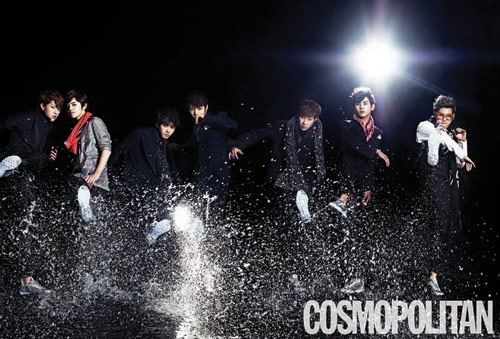 INFINITE participated in a sporty photo shoot as well as an interview for the August edition of Cosmopolitan.

The members are currently dealing with a busy schedule due to their upcoming 5-day concert starting on August 8th. When asked whether they were tired from concert preparations and their otherwise hectic schedule, the INFINITE members stated that they received a lot of strength from fans. Tickets for the concert sold out in 15 minutes.

During the interview, Hoya commented on leader Sunggyu, who’s been receiving attention for his powerful vocals and variety skills, “He is an amazing leader with a strong sense of responsibility and leadership. Even if his pronunciation may be off sometimes.” Sungjong added, “He used to be scary when we were trainees, but not anymore. As leader, he tries to brighten up the mood at times by making jokes, but sometimes his jokes get out of hand and affect tempers.”

Woohyun discussed the members’ attitude about dating: “It’s difficult for all of us because we’re not the types to go up and talk to someone first. Although we may be at the age [to want to be in relationships], we’re just too busy. We’re enduring with the love from our fans.”

The INFINITE members also unanimously agreed that they each have the same dream, “We hope to always stay as seven and grow as musicians [together].”

The full interview will be revealed in the August edition of Cosmopolitan.

The ruling in regards to the exclusive contract lawsuit was originally scheduled to take place at 10AM on July 19th at Seoul Central District Court, however the ruling has been postponed and will now take place on August 10th.
( Collapse )
Source : Allkpop, TVReport via Nate

I love the music director's locs *__*