Welcome to DAY 6 of the London 2012 Summer Olympic Games! This FFA serves as a place to gather and chat about the games with your fellow Omona-zens.

With the help of our LJ Media Sunbae's, OmonaTheyDidn't! will be holding our Omonalympics Give-Away for the duration of the games!

Hard to believe the first week is almost over!

Last July 28, Boyfriend performed a showcase at the SM Mall of Asia Center Stage. They were the special guests of the Hallyu Fest 2012, which was organized by the Korean Cultural Center in the Philippines.

The fancam videos were deliberate cut off because the uploader took pictures as well. Multitasking huh? (And I swear those were the best fancams I could find.)

Jay choreographed this ^^ btw, what's he up to?? i need more hits like "Do What We Do".

Yonghwa has stolen the hearts of females everywhere with his surprisingly muscular figure. The screen caps from the making-of video for CNBLUE‘s third Japanese single ‘Come On‘, have been gaining attention from fans as Yonghwa clearly showcases the results of his hard training. The singer wore a black wife-beater drawing attention to his back and arm muscles, leaving fans in awe.
( Collapse )
Source: Allkpop,Chosun Ilbo via Nate,   Kpopguitarspanish@youtube

With the release of their 3rd Japanese single, “Come On“, CNBLUE met with 5,000 of their Japanese fans on August 1st.

CNBLUE attended a signing event at a shopping mall in Japan to commemorate their new release. Despite the fact that members Minhyuk and Jonghyun were absent due to the filming of their respective dramas, thousands of fans still gathered to meet with the other two members.
( Collapse )
Source: Allkpop, Sports Korea via Nate, 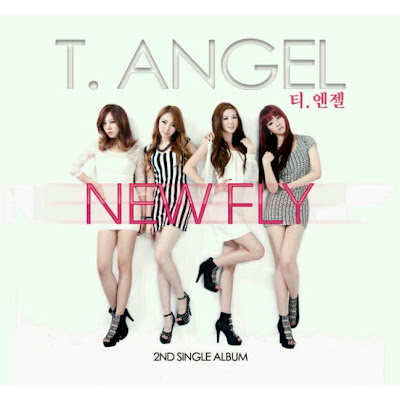 Rookie girl group T-Angel has released their 2nd single, "New Fly," on August 1st. The group initially made their debut in July 2010 with their single, "T-Story," and after a two-year hiatus, they have finally returned.

T-Angel stands for "Trot Angel." Their single "New Fly" has two tracks and their respective MR as well. The first title track, "Yellow Card," uses the soccer game analogy to describe the bouncing love between a man and a woman.

The second title track, "Oppa-ya," has a sadder melody with compelling lyrics.

You can purchase their new digital single at Bugs and Olleh Music.

JYJ Yoochun‘s sudden deactivation of his Twitter has made many fans curious as to why he might have done it.

Yoochun left a Twitter post on August 1st that read, “I am always so grateful that you are always cheering me on and showing me your love and support. I want to greet you guys in the future with great music, acting, and promotions…^^ Once again, I am sincerely grateful and I love you!! ♥.”
( Collapse )
Source : Allkpop, Osen

After creating controversy with the release of their report and audio files detailing the alleged swearing and violence against sasaeng fans by the JYJ members, Dispatch has been sued by JYJ for defamation of character.
( Collapse )
Source : Allkpop,  Star News, VOP

I've come with an extremely happy news for everyone!!

First of all, thank you to BBC for giving excited responses for Play! BBC World Camp.

Due to health reasons, Zico planned to not attend Play! BBC World Camp from 8/25-26, but we are delivering news of his participation.

Because Zico himself strongly expressed his intent in participating in the world camp where Block B and BBC from around the world are together,

We at Stardom decided to respect Zico's wishes.

We hope that you will give great support to Zico who is standing in front of BBC after a long time,

And we ask that many BBC will join in Play! BBC World Camp.

sobs,,,can somebody bombed my office so I could go there and play find my B with Zico TT damn I miss him so much

The leader and oldest Rome and maknae Maru, both known for their dance skills, can be seen showing off their moves in the newly released clip. Rome has experience b-boying as a member of a group called “B.yu”, while Maru started dancing because he aspired to be like Rain.

Check out the clip below to see a side of the boys that you can’t see in “SOLO” performances.

KARA is set to make a comeback to the K-Pop scene at the end of August, and the news has left fans anticipating the girls’ new sound as well as their concept this time around.

DSP Media revealed on August 3rd, "KARA plans to make a comeback this month with their 5th mini album. After finishing their promotional activities for their 3rd official album, 'STEP', last year, the members have been busy performing overseas and conducting their individual activities. But they are now coming back to the Korean stage after one year and are aiming to reach the top of the Korean music scene again."

Although no further details were revealed, the representatives stated that the members will be returning with a more matured image. "KARA worked hard to prepare for their Korean comeback. They are set to conduct their promotional activities in Korea for a while at the time of their album release. Especially through this album, the members are aiming to show you their matured charms."

KARA is reported to be in the last stages of their album and once finished, they will decide on the title track as well as the final concept.

As a preview for its upcoming broadcast, “The 3rd Hospital” has revealed a character profile for “Euijin”, Sooyoung’s character in the drama.

Euijin, who just returned from Germany,
“I want to stay in Seunghyun’s house!”
A violist who hangs onto Seunghyun.

She lived with Choi Hyunwook in Jiri Mountain as his daughter.
She’s a high school student and is studying viola.
When she was 5 years old, her mother passed away.
After that, Hyunwook took care of her. That’s why it’s “Lee” Euijin.
She grew up under Hyunwook and Uncle Kanghyuk in Jiri Mountain.
Because Hyunwook spoiled her, she started talking to Seunghyun
using informal language as soon as she saw him, but it looked cute rather than rude.
As soon as Seunghyun heard Euijin’s name, his face hardened.
When he later found out the truth, he was hurt.
Euijin liked Seunghyun from the beginning, and without hiding, she followed Seunghyun everywhere.
She tells her uncle, who was worried that no one would take a tomboy like her, not to worry because there is Seunghyun.
After a few years in Jiri Mountain, Seunghyun returns to Seoul.
To Euijin, who starts to have tears in her eyes after absorbing the news, Seunghyun promises he will come back for her.
Soon, after her studies in Germany, Euijin comes back to Seohan Hyupjin Hospital where Seunghyun is staying.
Within a few years, she became much prettier. Now, she is not just a girl he used to know,
but comes back for Seunghyun as a woman.
While she was waiting for Seunghyun in a research room, she tried to pull a prank by grabbing the body of a person who was coming in. However, it wasn’t Seunghyun, but Doohyun.
She yelled, “100% sorry!” and ran away. This was her first encounter with Doohyun.
After that, she meets Seunghyun and tells him she will stay at his house during the orchestra audition period.
Starting a new life in Korea, two men come for her.
Seunghyun, who she really liked from her childhood, and Doohyun, who keeps running into her.

“The 3rd Hospital” is set to begin airing on tvN beginning September 5th.

she says she doesn't have a lot of aegyo. okay.

After releasing a silhouette teaser for upcoming duo group “Tasty (Tasty 2Wins)“, Woollim Entertainment has now released another new teaser image and it clearly reveals the faces of the members.

No information to put the names to the faces but there’s rumors that the two members are twins (hence the name 2Wins).

On August 1st, the actor wrote via his official Twitter page, “The Eunjung I know is extremely pure. She is a lonely person, and her personality is far from that of a typical celebrity. She’s the kind of friend who despite having just arrived from Japan and is running on little sleep goes to see her peers’ performances and even attends the after-parties.”

He continued, “She not only takes care of those around her, she is the only person who has had the same personality for the past 10 years. We never really talk about anything related to T-ara, so being surprised as to what happened, I am in the process of looking it up. As a family member who has known her for so long, this is extremely upsetting.”

“She must be having such a hard time right now, but I’ll pray that everyone will get better with time,” he added. “I love you, dongsaeng.”

In regards to Hwayoung, he wrote, “How hard must it have been, and how hard it must be now. Both parties will only end up with scarred hearts, and I hope that this whole thing will be resolved sooner than later.”