Welcome to DAY 7 of the London 2012 Summer Olympic Games! This FFA serves as a place to gather and chat about the games with your fellow Omona-zens.

With the help of our LJ Media Sunbae's, OmonaTheyDidn't! will be holding our Omonalympics Give-Away for the duration of the games! 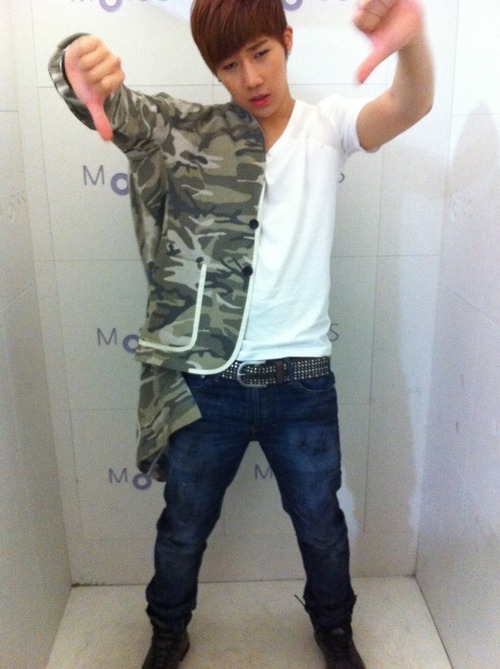 The singer explained why he chose to open a new Twitter with his first tweet, “Hello I’m Gyu. It’s not that I lost my password, I just wanted to refresh the mood by making a new account hahaha.”

When people became suspicious of the new account, Sunggyu proved his identity by exchanging friendly conversations with a few of his fellow INFINITE members, and uploaded the photo above stating, “I am Gyu!!!”

happy for PSY oppar but the news presenters are crazy annoying

Hit composer and producer Kim Do Hoon has been revealed to be working with hip hop group Phantom for their upcoming debut. Kim Do Hoon is widely known as one of the greatest producers Korea has to offer, having produced for popular artists like CNBLUE, Wheesung, and K. Will. This time, he’s teamed up with hybrid hip hop unit Phantom for their first studio album debut this month on August 16th.
( Collapse )
Source : Allkpop, Star News via Nate

Although he’s only started his Japanese activities just a month ago, Big Bang‘s Seungri has already secured himself his own broadcast show and MC position!
( Collapse )
Source: Allkpop, gif as tagged

*This is a combined clip of footage from Meza New & Mezamashi TV.

A T-ara representative has opened up about the group’s controversy.

On the August 3rd broadcast of JTBC‘s ‘Entertainment Exclusive‘, the rep stated during an interview, “Hwayoung was the last to join the group. I’m sure she thought she was working hard, but that probably wasn’t the case from the original members’ point of view.”

“Afterwards, Hwayoung developed a ‘celebrity complex’,” the rep continued. “She got arrogant, because she was a member of T-ara and she was also a celebrity. The other members started disciplining her about that, then things began escalating and ultimately got to where it is now.”

Another representative added, “There are probably a few members within T-ara that got along with Hwayoung. But the more influential members’ voices most likely became harder to ignore, and the members were probably in a difficult predicament where they had to choose a side.”


Dear CCM. You're just shooting yourself in the foot even more. It's time to zip your effing lips.

hmm pretty fair line-distribution? lol srsly that ~heart selca~ is kinda trending or something in SK. and i need the dance version!

If you're feeling sporty why not join in on the ongoing Omonalympics FFA :D!

Girls’ Generation’s fansites came together to raise funds for a third world country support group, World Share, and took part in a well digging project for the improvement of drinking water in Cambodia.

While there were cases where each fansite would raise funds to donate to public welfare, eight individual fansites collaborating together to raise funds is seen as a rare occasion.

Girls’ Generation’s fansites that took part in the donation were flying petals, COTTON CANDY, Woorissica, TheStephi, Shining smile, kwonyuri125, deeryoona, and Seople. As a way of symbolizing the nine members of Girls’ Generation, 9,999,999 won (8810.572 USD) were donated to World Share.

The project will take place in the Cambodian villages and districts of Takeo, Tram Kak, Ta Phem, and Ta Much and will be conducted under Girls’ Generation’s name. Nine wells will be constructed, and each will be named after a Girls’ Generation member. After the construction of the wells, the remaining funds will go towards daily necessities and vaccinations needed by locals in Cambodia.

A member of one of the fansites stated, “For a long time, each site wanted to do a good deed together, and we decided to do the donation on August 5th, 2012 in light of Girls’ Generation’s fifth anniversary. If we get the chance, we want to continue to participate in good deeds in the future.”