OP EDIT: More photos were just released today of YuMinTaec click here to my comment or scroll below :)

I know that this from 2011 but thought I might as well share it with you lot who hadn't seen it yet. He is actually so sweet. Btw this was backstage of the K-Pop Masters Concert in Las Vegas

“Dazzling Girl” is described as an electro-pop number with a polished beat and refreshing melody. It represents the start of a romance with a dazzling woman and the emotional intensity one feels when in love.

The single was produced by Jeff Miyahara, and mixed by Miles Walker. Tom Coyne (Sterling Sound) also participated in the mastering of the single.

The dance was choreographed s**t kingz, while the hair, make-up, and outfits for the PVs and jacket covers were done by KEITA MARUYAMA, Tomizawa Noboru, and Watanabe Yuki.

SHINee will sequentially release teaser photos of each member. “Dazzling Girl” is slated for release on October 10th.

AOA releases a MV for  the band version of Elvis

CNBlue is coming to London! It was announced today that the rock band will hold “CNBlue Live in London” on September 22 at the IndigO2 concert hall, in front of more than 3,000 fans.

The first-ever UK concert for CNBlue, “CNBlue Live in London,” was made possible after concert organizer AEG joined the group as an official partner. AEG was reportedly impressed by CNBlue’s performance during their L.A. concert with FT Island last March. At the time, Susan Rosenbluth, AEG’s vice president, attended the concert and commented, “It was a great opportunity to confirm K-Pop’s popularity, and we’re very satisfied with the artist’s quality and overall stage design.”

I  was actually hyperventilating when I found out omg I am sooo happy :'DDDD

EDIT: I EDITED THIS TO ADD THAT THE TICKET SALE IS TOMORROW (21ST OF AUGUEST) AT 9AM (GMT) ON TICKETMASTER.

TVXQ‘s Yunho and Changmin shared their thoughts on their upcoming tenth anniversary.

The boys who recently posed for Cosmopolitan magazine remarked that for their tenth anniversary next year, they would like to hold an event for their fans, possibly a special performance where everyone can enjoy themselves both on and off stage.

In regards to setting a new record by surpassing a cumulative total of 3,100,000 sales of their singles in Japan, Changmin remarked, “I think it’s great to be written and talked about in the Japanese market alongside some world-famous artists. I don’t think that we could compare ourselves to them just because we’ve broken a record, but I would like to continue to set new records in the future so that when new artists break our records, TVXQ can continue to be talked about in the years to come.”

The duo also mentioned that they would like to be remembered as a team that always challenged themselves and attempted new things.

The rest of their pictorials and their full interview can be found in the September issue of Cosmopolitan! 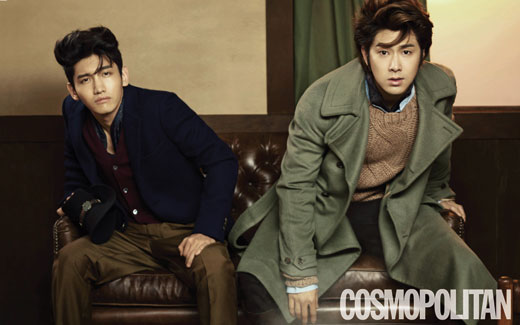 (There were other pics, but allkpop was being allkpop and wouldn't let me download them.) Wonder if they mention JYJ at all.

"You look like Prince Charming!" LOL. And Kangjun's facial expressions are the best.

The seven men of Infinite who overwhelmed the stage with their synchronized choreography went around the set excitedly. We shared a short ping-pong talk with them, and the carefree image fits the boys better.
( Collapse )

The first and second episodes have aired on August 18th and 19th, respectively.
In addition, Channel A has released Part 1 of the Miss Panda and Mr. Hedgehog OST, featuring none other than one of its stars, Super Junior's Donghae. Emerging composers, Shin Jaehoo and Im Yoosup (for RLaska), were responsible for the creation of the track. The track has a simple, yet addictive melody with Donghae in charge of both the vocal and rap.

The romantic comedy features Donghae as the prickly "Mr. Hedgehog" Ko Seung Ji and Yoon Seung Ah, who plays his love interest Pan Da Yang, as well as Yoo So Young, who plays Kang Eun Bi, and Choi Jin Hyuk as the character Choi Won Il. Check out the single below, and be sure to support the artist by legally purchasing.

Below are the subbed episodes.
Episode 1 of Panda and Hedgehog (ENG subbed)

Mods: the embeds should all now be visible ^^ 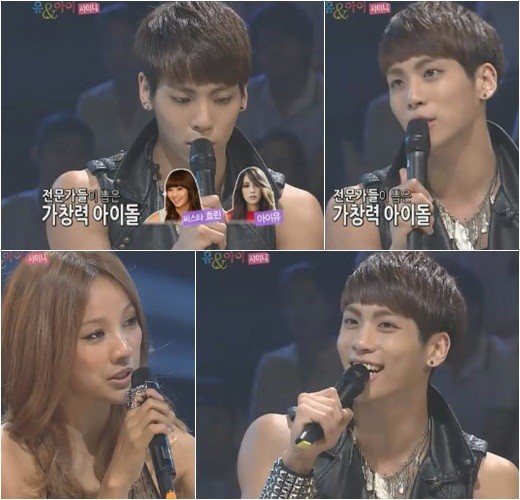 SHINee Jonghyun showed a lot of confidence in his place amongst the best idol vocalists.

On Sunday's episode of "Jung Jae Hyung and Lee Hyori's You & I," SHINee appeared and talked honestly about the questions that were posed to them.

When complimented on his being one of the top idol vocalists, he said, "How can you rank people in singing?" and showed the more humble side. The others that were picked by experts include Hyorin, IU and 2AM Changmin.

When Hyori asked him where he thinks he places amongst them, he says, "For dance songs, I think I'm #1," and the audience reacted to his incredible confidence.

During the episode, SHINee performed their hits, "Replay," "Ring Ding Dong," and "Lucifer." They also previewed the Korean version of their Japanese hit 'Seesaw.'

no need to be modest, these are indisputable facts...

as a blinger i can't even say that with a straight face love ya!

After School‘s UEE participated in a stylish and sexy pictorial in Hawaii for ‘InStyle’ magazine.

Through the pictorial, the singer modeled a few looks with a focus on denim in a desert setting, showcasing her slim, model-like figure.

i can't wait to have my queen back to the small screen! i hope that her next project is really good and a hit like BB and OJB. knowing that she'll return to acting soon makes me happy as she turned down offers to act in dramas during the first half of the year in order to promote with AS properly.
» allkpop » segye » xzmingzx's tumblr » uee's me2day 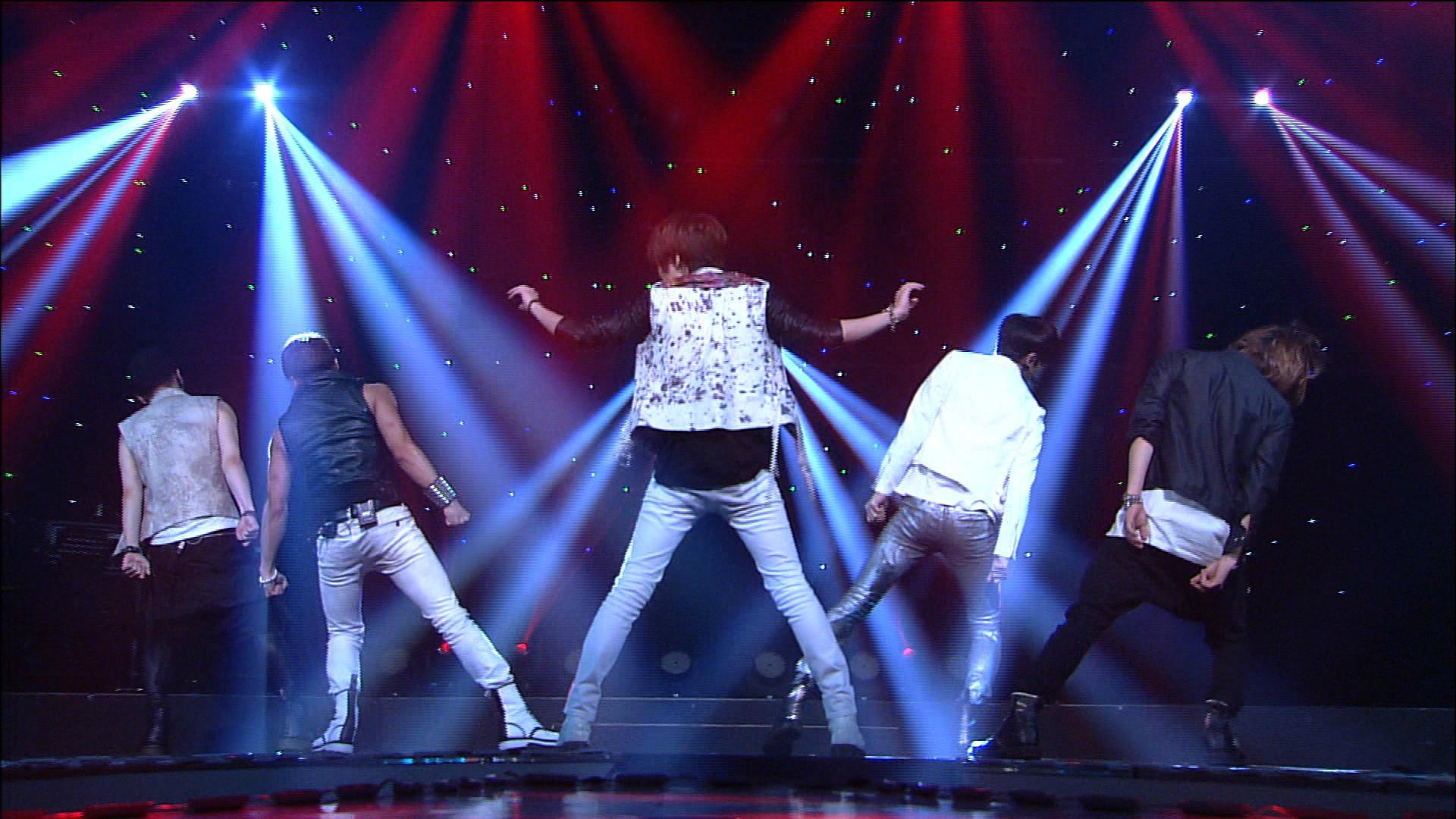