Having lent her voice for “Stand Up“, the main title theme song for SM and SBS‘s drama ‘To the Beautiful You‘, J-Min took the stage to perform the track live, with TRAX’s Jungmo as a powerful backup!

On Tuesday (August 21st), Chelsea Handler introduced Psy and his song "Gangnam Style" at the opening of her talk show "Chelsea Lately."

Chelsea Handler explained, "The Korean singer Psy's music video is receiving a record high number of views on YouTube." She also referred to Psy as "Korea's Ricky Martin as well as a sex symbol" during his introduction and drew attention.

Source: KPopStarz, edited by me

The article forgot to mention the following:
* The crew are also comedians. They are part of the show's round table discussions and writer pool.
* No Chelsea Lately article is complete without a mention of Handler's personal assistant Chuy Bravo, who is cute as a bear button.
* Chelsea Handler is setting her eyes on him: "Here is my future husband getting his Asian freak on while singing the tender love song that I've chosen to play during the father-daughter dance on our nuptial!" 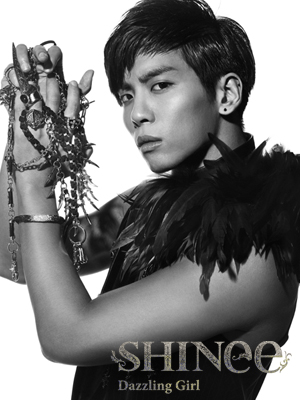 Pity the hapless dude who thought he was getting a lap-dance from Dara of the South Korean pop group 2NE1 on Friday.

The singer dragged him up from the audience onto the Nokia Theatre stage during the single “Kiss,” and plonked this twentysomething white guy -- who looked as if he might actually crumple from petrified delight -- in a chair facing the stage. Dara, with her Skrillex-inspired haircut and pixie-thug getup, leaned come-hither close, surely about to crib a classic R&B stage-seduction move.

That is, until she promptly shooed him offstage with nary an actual kiss for his trouble. 2NE1 had subverted another American dance-rap cliché with feminine swagger – a sly move from maybe the most exciting new pop group since Lady Gaga first donned hotpants.

Thank you to everyone at Xports News for providing this valuable material. The 1st “Goodbye, Choi Minho! I mean Kang Taejun!” composition contest is open. I’ll pick one person who creates something funny with this picture and give them a small present.

i can't believe i did this long ass post.
and his prize for all the awards is a picture of himself. u_u
idk what to say about his twitter

The stock values of two major entertainment agency owners in Korea have exceeded 200 billion won ($176 million) on the back of growing popularity of K-pop around the world.

According to the website, foreign shares in S.M. Entertainment rose from 8.18 percent to 18.06 percent. Some of the groups under the agency’s management such as Girls’ Generation and Super Junior gained great popularity internationally, establishing firm fan bases overseas.

AAH! I am so excited to see their debut~! Yezi is my favorite~
And Junsu looks so good here *_* He looks good all the time tbh

For all the people bitching about CL taking all the spotlight in the English interviews, here you go!

I can't with this cute one moment and sexy the next, deserves all my love tbh ;_;
Source: DiYManM @ youtube, orange quotes from kpopfever article, the basic translations by me

there are spoilers for the earlier episodes, but if you've seen up to episode 8 (maybe earlier?) there's nothing spoilery~
Collapse