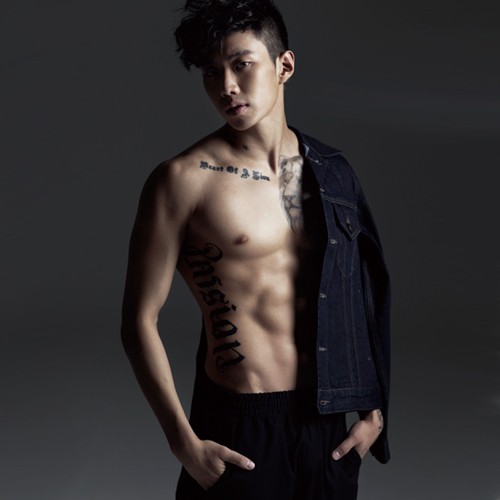 Waiting for that 1rst place on the Hot 100

NHK has gotten more strict on the appearance of Korean artists on its famous year-end show, "Kōhaku Uta Gassen," due to growing anti-Korean sentiment in the country, reported the Fuji evening newspaper. Korean media has also started to pay close attention to this situation, one by one reporting on it.
( Collapse )

However, in contrast we see Japanese politicians say rash and careless remarks as a habitual behavior, and it is impossible to suppress sarcastic laughter when a makeshift nation like Japan would insert politics into its cultural domain like this. It seems the Korean media will continue to berate Japan until they stop interjecting politics into every area of their country.

At last it's been decided! NHK Kōhaku will have zero K-Pop!

It has recently been made public that there will be no inclusion of K-Pop artists in NHK's "Kōhaku Uta Gassen" this year.

Last year, Korean artists Tohoshinki, KARA and Shojojidai made appearances, but there has been a deterioration of Japanese-Korean relations amid the Takeshima controversy, and NHK's decision "Is a reflection of viewers' animosity," theorized one official.

Since the old days, the implicit rule that "Politics has no place is the entertainment industry" has been around, but that is no longer the case. With the Takeshima problem looming, there will be an unmistakable pause in the cultural exchange between the two nations. The decision to exclude K-Pop from Kōhaku Uta Gassen holds strong meaning.

Hey there guys! I went away for the weekend. I was hoping an announcement would have been made, but I'm not sure if there was. Anyways, I am back today, so the battle continues.

The Eliminated are...
( Collapse )

This is a really powerful editorial released by OSEN that's well worth the read. The article is long so I'm skipping irrelevant parts.


The picture above is of an 'enter key gun' and was drawn by Solbi to be released at her latest art exhibition.

It leaves a lasting impression in that the enter key is represented as a gun, and the resulting bullet is just moments away from hitting a falling woman. Solbi explained that it was an artistic expression of how every action and word of a celebrity is constantly placed on the chopping board for scrutiny and hate.

Others might think that for someone in a career that earns easy money for being loved by the public, that it's being weak to pay any mind to the hateful replies they sometimes receive. To the people that are on the receiving end, however, the replies crush their hearts harder than ever.

One idol star who's performed on stages all across the world once approached me with a netizen's ID and asked if I knew who that was. Of course, I had no idea. I nagged him for being so caught up in one hateful reply when he was receiving the love of so many, but he was serious.

"This netizen leaves a comment on every article related to me saying that he hates me. What about me does he hate? I really want to just spend 10 minutes and talk with him and see if he still hates me then. I want to know what he wants me to do for him to not hate me. There probably is no other option than to disappear from his eyes, right?"

On the internet, issues like plastic surgery and past photos for females and army enlistments for males are the most scandalous topics. The endless string of hateful replies can instantly crush the feelings of an exciting stage filled with cheers from their fans. It gets worse when the issue stretches to include their friends and family.

Live with Kelly and Michael
starts @00:15

Okay, so I hope this embedding works. It shows up in the preview but not in the rich text. If it doesn't work for you, click the link and the video should start playing down in the "Latest Video" area

Sigh, they're probably never coming back to Korea, but at least they're still making good music. Realizing this song was out was a nice birthday present.

This is the first time Girls’ Generation earned first place rankings on the single and Blu-Ray charts since their Japanese debut in September 2010. They are the first female artist or group to reach number one on all three charts — Oricon’s Weekly Single, DVD, and Blu-Ray Rankings — in the same week. The only other group to accomplish this same feat was Mr. Children, a Japanese pop rock band formed in 1988. Girls’ Generation was able to achieve this feat even though they are a foreign music group in the Japanese market, making this an even greater accomplishment.

Come October, K-pop fans are in for yet another treat! As confirmed by event organiser KPOPGAGA, they will be bringing in NU'EST for ShowKase 2 that is set to take place on 26th October 2012. NU'EST, the 5-member boy band (Aron, JR, Minhyun, Baek Ho & Ren) from Pledis Entertainment will hold a showcase in Singapore where an exciting lineup of activities await.

Is the $300 price difference worth it though...

Sorry I can't embed videos this week because there are no VK.com links provided by Kshownow.

LOL at Yeon Seo couldn't take her eyes off when Joon is going to undress for the pool :)