Recently, interviewer Jung Seokhee had to opportunity to ask questions to Hyoyeon and the rest of G5, made up of Jewelry’s Yewon, SISTAR’s Bora, Kara’s Jiyoung, and Miss A’s Suzy, along with other members of the cast of “Invincible Youth 2″. During the interview, Hyoyeon and the other cast members spoke about her confidence, her specialty among the G5, and her cooking skills.

Lee Youngja, an actress, comedian, and one on the MCs of the show, discussed Hyoyeon’s role as the mood-maker, saying, “Hyoyeon makes the atmosphere [fun], but she is the type to say what she has to without being afraid of anyone. It was nice, because she has confidence.”

Jung Seokhee then asked the G5 members about the recent change in the show’s hosts, saying, “‘Invincible Youth 2′ is like a job for G5. As it is a scary senior (translator’s note: he is referring to Lee Youngja) coming in place of a pretty boy (Ji Hyunwoo), I assume you might have felt uneasy on the first day (laugh).”

Hyoyeon answered, “I, too, was worried, but that was very momentary. Right now, I always like it (translator’s note: Hyoyeon is saying she is happy with Lee Youngja joining the show). I like everything.”

Keep your shirt on, PSY. At least for this week.

While the Korean rapper has pledged to perform 'Gangnam Style' "topless in a place where everyone can watch" should the song crown the Billboard Hot 100, Maroon 5 prevents the spectacle this week, as "One More Night" spends a third week at No. 1. PSY's smash, fueled by buzz generated by its video in which he deftly serves up his equine-esque moves, holds at No. 2.

The race was extremely close. "Night" bests "Style" by fewer than 500 overall chart points, after "Night" won last week by approximately 3,000 points. (This week's points difference between Nos. 1 and 2 is the thinnest, in fact, since the Feb. 18 chart.) Both titles gain in overall points this week, but "Style" closes the gap courtesy of an 8% overall points gain, while "Night" increased by less than 1%.

“Who’s That Girl” is the work of the American producing team Brian Kierulf and Joshua Michael Schwartz, who have also produced for artists like Lady Gaga and Britney Spears.

MR.MR (Mister Mister) signifies that the members are “men among men”. The five manly members Jin, Changjae, Tei, Doyeon, and Ryu, are reported to have an average height of 181 cm (~5’11″).

MR.MR will have their debut performance on October 5th’s ‘Music Bank‘.

they're pretty decent given the round of debuts we've had recently. the green screen shots at the end were really bad though. considering they don't seem to be tied to any major company or label though (this is literally all I could find about them? it doesn't even say which nugu label they're under) I'd say they're probably doomed to failure :(

Lizzy wants to meet Lee Joon on ‘We Got Remarried’?

After School‘s Lizzy recently expressed her slight disappointment in the fact that MBLAQ‘s Lee Joon had been coupled up with actress Oh Yeon Seo on MBC‘s ‘We Got Married‘.
( Collapse )

Note: For those who didn't know, Joon & Lizzy were paired in the dating show Pit-a-Pat Heartshake earlier this year and they are so adorable in the show and are soo compatible together that I do feel disappointed when they announce that Joon is gonna be on WGM with Yeon Seo. Even though I like JoonSeo couple, I also like this couple a lot...

Omona, what do you guys think of this couple? Maybe MBC can consider Lizzy's suggestion for 'We Got Remarried' :)

Source: sports.donga, huyu1216, mante7
Credit as tagged
Shared by DBSK-JYJ Archive [Collect and Save subbed videos]
Do not edit the credits~ 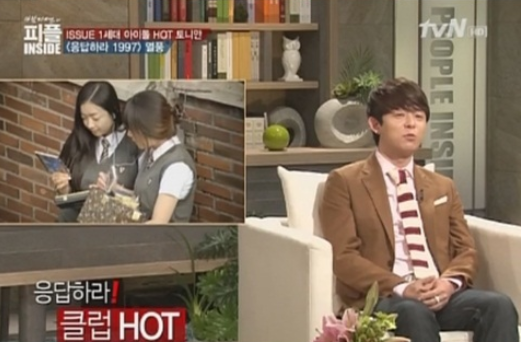 Singer Tony An reveals his thoughts on watching ‘Answer Me 1997’.

On the cable channel TvN’s ‘Baek Ji Yeon’s People Inside – Answer Me Legend of the 90s’ which aired on the 2nd, H.O.T member Tony An made a guest appearance and revealed his thoughts on the popular drama ‘Answer Me 1997’ that just recently ended its run.

Tony An started with “Even though I didn’t act in the drama myself, recently people have been coming up to me saying that they enjoyed watching the drama.” He revealed “Although I’ve met many fans during our activities, but it was through the program that I found out about our fans’ life stories and their backgrounds. I was very touched.”

MC Baek Ji Yeon asked “What are your thoughts on the drama’s An Seung Bu In? [Tony Ahn's Korean name Ahn Seung-ho + wife]” Tony An answered “I thought, wouldn’t there have been countless An Seung Bu Ins at that point in time? Yet now, they have all moved from being my wife to getting married and being someone else’s wife.”, showing his regret.

Tony An also revealed an episode about the fanwars between Sechs Kies and H.O.T fans.

SM Entertainment announced on the 4th that Jungmo will be entering basic training in Nonsan City for four weeks before leaving for 23 months of service. A representative stated, “Jungmo has been planning his army enlistment requirement, and after medical tests found that he has [issues with his spine], he’ll be [going into public service as an alternative].”

As TRAX’s Jay (Typhoon) enlisted this past March, the band will be taking a hiatus.

TVXQ‘s Yunho opened about his past experience with a particularly scary anti-fan.

TVXQ featured as guests on the ”young mentors” special of KBS 2TV‘s ’Story Show Do Dream‘, where Yunho discussed a terrifying incident that occurred back in 2006.

He shared, “After drinking orange juice given to me by someone I thought was a staff member, I started vomiting blood.” Yunho revealed that he didn’t expect that anything was wrong until he got sick.

“At first I got angry, but when I heard that the anti-fan couldn’t stand how I laughed and talked because of [his/her] own hard life, I thought I might cause [them] harm. After that happened, I would avoid people, and when I was in a similar place or saw similar items, my heart would respond first by beating fast.”

Yunho continued, “To overcome my panic disorder, I drank up to 10 [bottles] of orange juice a day, and I felt better.”

Clazziquai‘s Alex has left FLUXUS MUSIC as his contract with the company has expired.

He made his debut under FLUXUS back in 2004 and when his contract ended in July, he didn’t renew his contract with the agency . Alex was in the news back in July for his DUI incident, and all his activities were put to a halt. He is planning to start his activities again under his new agency, Shinseng Entertainment.

A representative stated, “Even though Alex is leaving the company, Clazziquai will continue on. Clazziquai was a project team to begin with anyways, so the labels that the members are under are not important. His relationship with his previous company is still on good terms, so Clazziquai albums with Alex as a full member will continue.”

Clazziquai is planning to release their new album before the end of the year.

he's also that way with his mama. he's so cute.
other adorable idol family relationships? 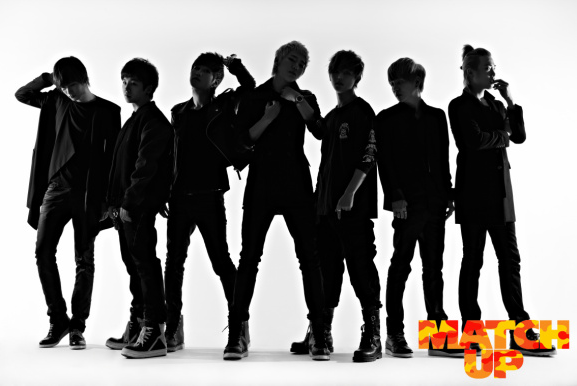 It's a playlist, the songs go Tinkerbell -> 그녀를 만나 (Tiredness / Meet Her) -> Bloom -> The Gaze feat Yoon Jong Shin -> Catch Me if You Can 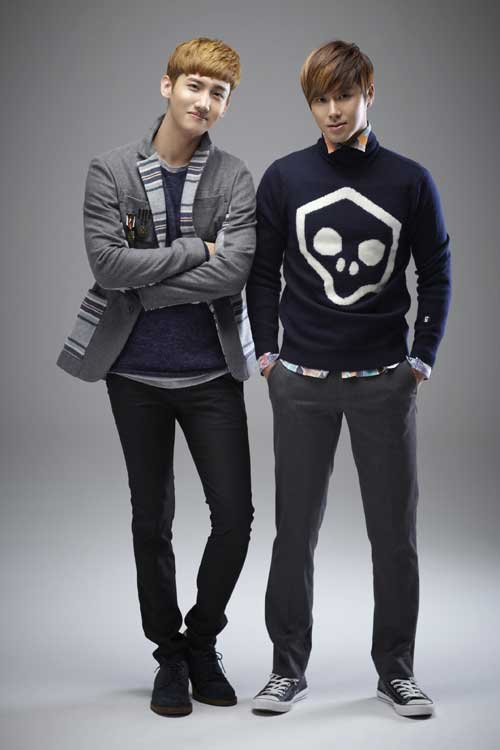 TVXQ recently sat down for an interview with ‘Star News’ and revealed the song they’ve always wanted from another group and their thoughts on junior idol groups.

Changmin confessed that SHINee‘s debut track, “Replay“, was a song that he’s always wanted for TVXQ.

Changmin stated, “I want SHINee’s “Replay” because it doesn’t get old, even after several years have passed. Even when I listen to it now, it’s still chic. At the time, during our ‘Mirotic‘ promotions, I told SHINee frequently, ‘I really want your song. It should have been ours.’”

Yunho added, “If we’d taken the song, the title wouldn’t have been the same. It fits with SHINee, and I really like the song too. [If we get a chance to perform it one day] I would wear a wig to resemble Taemin. Changmin, you could be Key or Jonghyun,” making the interviewer laugh.
( Collapse )

LOL I just can't imagine HoMin ever dancing to "Replay."