THE DANCING QUEEN IS BACK. BOW DOWN!!

dancing is a little basic but op is still dying. rip 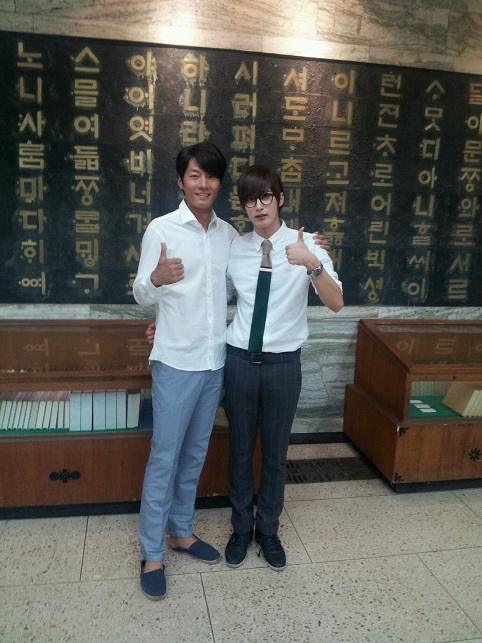 **The video title says "Park Shi Won", but it's wrong.
( Collapse )
Source: readthreaddreams4; oh-dara
wow he is the cutest fanboy ever tbh

The eliminated are...
( Collapse )

Welcome to FFA! Here you can bond with other members and if you are a lurker, you can take this opportunity to finally say hi to everybody. If you're a first time member and want to comment, you can do it now too! Don't be shy and make new friends! It's all love here :)

RULES:
1. BE COOL
2. NO FIGHTING
3. IT'S OK TO POST PICTURES&GIFS BUT NOT HUGE BROWSER-SLOWING COMMENTS
4. NO ADVERTISING PLEASE (message any one of us for inquiries about this pls)
5. IF YOU WANT TO PARTNER WITH US: email us at omonamods@gmail.com

Their new mini album 'Look At Me' is scheduled for release on the 11th of October.

If it's not right this time, I give up.

OMG I AM DYING RN. OCT 22 CANNOT GET HERE SOONER! WE ARE BASKING IN GREATNESS

They are on their way to Japan to appear on the Niconico show!

It seems Big Bang‘s Taeyang and the girls of 2NE1 will be returning to the music scene in November!

According to information revealed to ‘Star News’ by YG Entertainment‘s Yang Hyun Suk, Taeyang and 2NE1 are both set to release new projects next month.
“Although 2NE1 was originally scheduled to release a new album in October, due to their world tour, it is most likely at the moment that they will be releasing new material in November instead,” Yang Hyun Suk stated. “For the time being, we have scheduled for 2NE1 to record this month… You’ll be able to meet new songs overflowing with 2NE1′s unique style this coming November.”

On Taeyang’s solo comeback, he commented, “For Taeyang’s case, he was originally going to to release a solo album this past summer with G-Dragon and start promotions… He worked with American producers and had completed the new album. However, he, as well as I, were both not completely satisfied and thus decided not to release it at the time.”

“Taeyang is currently reworking on the solo album and may be able to release a new song as a single first in November… I’m a fan of Taeyang myself, so I am highly anticipating the stage for his new solo song,” he said, and wrapped up by adding, “In October, YG’s Epik High as well as Lee Hi (Lee Ha Yi) will also reveal new songs… As we’re also expecting 2NE1 and Taeyang promotions on top of all that, we are already looking forward to enjoying the end of the year with fans.”

It seems like the next two months will be busy for the YG artists and their fans!

Saw 2NE1 being delayed again coming from a mile ago. I am seriously so done with YG Entertainment at the moment. Don't care about Taeyang, just give me Daesung and his solo album

Source: share04463
Shared by DBSK-JYJ Archive [Collect and Save subbed videos]
Do not edit the credits.

YG Entertainment will be unveiling their new girl group in January 2013.

CEO Yang Hyun Suk revealed, “YG Entertainment’s new girl group will debut into the music scene in January of next year. G-Dragon is in charge of the overall production of their debut album. But since he’s promoting his own solo album, the debut date was pushed back a bit. On top of that, Epik High will make their comeback and LEE Hi will debut this month. 2NE1 and Taeyang will be releasing their new songs in November, so the new girl group will be debuting next year in January. Another reason January was chosen is because we wanted to start YG’s new year with the new girl group.”

YG Entertainment had introduced the 5 members of the new girl group through YG-Life in April and May. The members are Kim Eun Bi, born in 1993 and a top 6 contestant of ‘Superstar K2‘, Yuna Kim from ‘Superstar K3‘, Jenny Kim, and two mystery girls who have high talent, one of whom is half Korean and half Caucasian.

YG Entertainment said, “We still can’t release any information such as how many members are in the final group.”

Source: xystarx
Shared by DBSK-JYJ Archive [Collect and Save subbed videos]
Do not edit the credits.

How about now? ^^
Collapse