"If you're over the age of 50, never listen to Radio 1 and don't spend half an hour each day on Youtube, you probably haven't heard of Gangnam Style."

Okay, so (old) Jersey only just heard about Gangnam Style last week and has been playing it on the radio like crazy, so we're late to the party. I know people are starting to think of it as old (which Jersey already thinks!) but when I saw the article in today's paper I got such a kick out of it and thought Omona would too. It's partly awfully researched and partly okay...but mostly just hilarious. And the "how to dance Gangnam Style" is a nice touch even if they don't know what "Oppa" means. 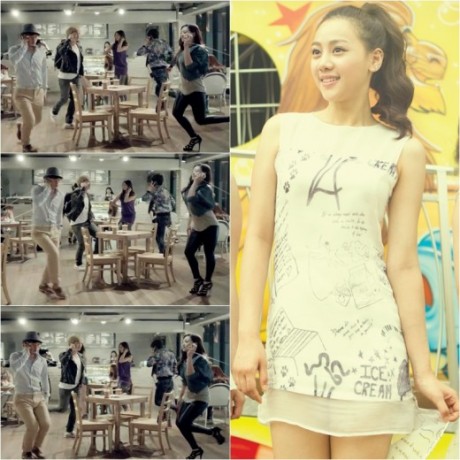 Tasha, the Singaporean member of the group, will be promoting Pantec’s new VEGA phone line. The commercial features the leader moonwalking in rhythm to the DJ’s music with a phone, still charging, to her ear. The VEGA R3′s biggest asset is reported to be its super fast charging speed.

During filming, Tasha impressed the staff and other dancers with her moonwalk skills. They didn’t spare any compliments about the idol, commenting on her professionalism and her dedication.

A representative of Skarf stated, “I believe that Skarf’s effort to learn dancesport, popping, and many different genres of dance has come in handy. Also, I believe that their efforts and dedication have brought about this great opportunity.”

Ibuzzkorea recently had a contest over this summer where contestants would meet the members of Miss A and 2pm while exploring the culture of South Korea.  The contestants were divided into three teams: Fun, Style, and Gourmet.  Each team spent a week exploring South Korea completing various challenges with 2pm and Miss A joining them on the last day.
Fun: Miss A's Min and 2pm's Junsu and Wooyoung
Style: Miss A's Fei and Jia and 2pm's Taecyon
Gourmet: Miss A's Suzy and 2pm's Junho and Chansung

All the episodes have been uploaded onto Youtube. I'm only posting the last episodes of each tour.

On the show, Janey rapped for the song “Apartment” alongside the other members of the audition group Newtopia, while Trinity sang “One-sided Love” with 5 Siblings.

Janey confessed, “While I was promoting, the reactions were polarized. People that liked it would say, ‘She’s young, but she’s good,’ but others would say, ‘Shouldn’t you be studying at that age?’ People didn’t care about my music. When they found out I was in 6th grade, they would said, ‘Oh, the children are here,’ and only look at me as a child.”

yes I like this one better than the last track

good episode! oh, does anyone know how many episodes this show will have?

[it would've been so nice to have the hello baby kids up there too! i miss seeing their interactions!]

After having debuted in the country with a Japanese version of their Korean debut track "Message" last July, five member boy group MYNAME is set to release their second Japanese single in November.

More information about the single such as the different versions it will be available in, and the specific contents of each version, haven't been revealed yet.

Titled "What's Up", MYNAME's second single is set for a November 21st release.

Will you be anticipating their newest single?

Source: BAOBAO LUCKY
Shared by DBSK-JYJ Archive [Collect and Save subbed videos]
Do not edit the credits.

On October 5, JYP wrote on his twitter congratulation PSY on his worldwide success, “Jae Sang, I just heard about your news today after spending my time away from Korea without a cell phone or internet connection. What in the world is going on! I did an interview cheering you on and wishing you to succeed with ‘Gangnam Style‘ two weeks ago, just before I left Korea. And now that song is ranked at the second place on the billboards chart! How could you accomplish something other people have prepared for years in just a month? Congratulations! Your life is full of drama! I’ll give you a call as soon as I get a cell phone again.”

Psy responded to JYP also on twitter, “Hyung! When are we going to see each other? Hurry up and get a cell phone. And call me brother!” Netizens commented on Psy and JYP’s friendship, “I never thought the two of them were good friends,” and “JYP must be a little bit jealous of Psy and his success.”

Meanwhile, Psy accomplished the first place on both the US and UK iTunes charts. Currently, he is ranked at the second place on the Billboards chart.

Since they were all tweeting about it . . .

Music Japan Performance. This pre-recorded performance was originally scheduled to air on September 30th, but had been delayed until tonight due to a typhoon.

Why did you cut your hair again Sunny? T_T Don't see anything different about Yoona's hair - so wonder why she had been hiding it?

jonghyun can have anything he wants tbh

U-KISS‘ Eli posted a special message for “haters” on Twitter.

It appears that the idol has come across some unpleasant words by supposed fans. He tweeted earlier:

He later added the photo above as a “present” to the “non-haters”. Eli’s followers on Twitter commented, “Actually….us ‘fans’ can say whatever we want to because we can. That’s how life is man. Gotta deal with it”, “Those are not real fans”, and “I agree. I love you Eli”.

TVXQ revealed that there was an attempt to add a new member after the team broke up back in 2010.

On October 6th, Yunho and Changmin guest starred on KBS 2TV‘s ‘Story Show Do Dream‘ where they talked about the struggles they experienced working as a duo.

In 2010, TVXQ went from a five member group to a duo after Jaejoong, Yoochun, and Junsu‘s withdrawal. In regards to this, the MC asked, “Wasn’t there an attempt to add a new member during that time?” and the two answered, “It would be a lie if we say there wasn’t.”

Yunho revealed, “There was an SMTOWN stage that the two of us performed on. That was actually an experimental stage.”

Changmin continued, “That’s why we were even more nervous and shaky. After that, Lee Soo Man, who likes to try new things, told us, ‘I think it will be alright if you continue as a duo’.”

Yunho also shared, “That day, other people also told us it was going to be alright with just the two of us.”

I'm kind of curious who they would have added...I have a couple dream options of who I would want to add, but each one would get so many antis no matter what D:
Also, how dare you Chanyeol, for slumping down. I wanted to know if you were taller or shorter than Changmin :( Everyone looks cute though~ 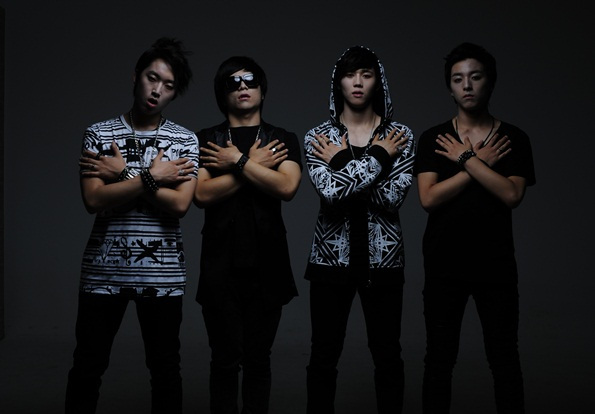 First of all, even if Wonderboyz is not debuting in a while yet, not only has the videos of their reality-show “SBS MTV It’s Wonderboyz” reached over 18 000 views, but they’ve gotten international fan-sites and become the top search of search-engines.

This is most likely because they display a different charm to the public than most idols by having a more free-spirited atmosphere and concept.

During their currently airing reality program they were not afraid of showing off a wet and sweaty appearance during their “Zip line VS Running”, and all the members show a distinctive charm that has captivated their audience.

The time when idols were wrapped in mystery is over, but among a flood of stiff and formal idols, Wonderboyz’s gives off a more friendly feel.

Wonderboyz shows another charming side through having a great song, displaying a maturity rarely shown by rookies. They showed off their own colors when they performed their song “Clap Music” live on the press-conference to their reality show.

For now, Wonderboyz is heading towards their debut in mid-october by last-minute practice to best show the public their special charm.