I mean...they look good because it's TVXQ, but come on now, what is this nonsense?

With their comeback coming up next week on the 23rd, B.A.P has unveiled individual teaser images for members Jongup and Zelo!

TS Entertainment has revealed that the concept of the images is ‘hipster’, stating, “We hope that they will lead a new culture that the public wants this time as well with the ‘hipster’ concept.” The word ‘hipster’ traces back to America in the 1940s, and is a word used to describe people who do not follow the general public trend and make their own styles.

Before the single, titled ‘Don’t Do It‘, will be released on the 23rd, the remaining B.A.P members will be paired for their own teaser release.

Beginning on October 16, various reports began surfacing that former K-Pop Star contestant and YG Entertainment trainee, Lee Michelle, had left YG Entertainment after escalating trouble between her and her agency.

YG Entertainment stepped forward to clear up the rumors and denied there was any discord between Lee Michelle and the agency. The agency added it believed the rumors began from Lee Michelle’s absence from her training, which is due to personal reasons.

The representative stated that Lee Michelle was simply taking a break, just like countless other trainees who have to deal with personal reasons, and denied that there was any discord or conflict.

YG Entertainment previously announced that Lee Michelle would be debuting through Su:Pearls, but has not released any additional information on the group or its members since. 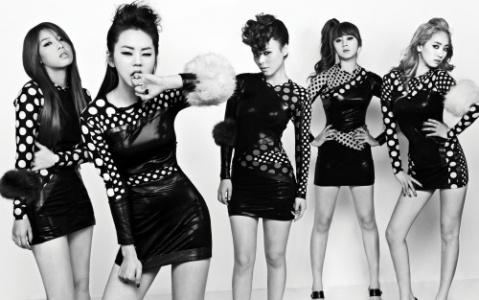 The album is available digitally, on itunes and amazon, as well in stores like best buy and other retailers. Other artists whose songs are included are Christina Aguilera, Amy Grant, Dave Matthews, Michael Bublé, Jason Mraz, One Republic and Train.

If you like the song buy the album, it's for a good cause.

Choi Jonghoon revealed his abs through a recent magazine photoshoot for the November issue of Elle Girl.

He did so damn good!! I am so proud of hyung! The crowd was loving him. 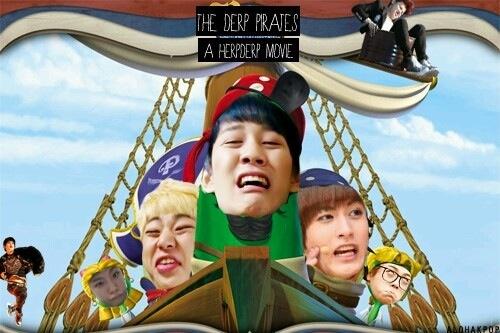 On October 16th, 2PM‘s Junsu announced via his Twitter that he will be changing his name.

He tweeted the following tweets,

"BECAUSE OF A FAMILY MATTER, IT WAS DECIDED TO CHANGE MY NAME."

"OFFICIAL STAGE NAME WILL BE "JUN. K" AS IT WAS BEFORE BUT THE REAL NAME HAS CHANGED TO "MIN-JUN". JUNSU WILL NO LONGER BE USED IN THE FUTURE"

He also wrote the same message in Japanese and in Korean. He didn’t explain the sudden change of name except that it was because of ‘a family matter’. The singer explained that he would be keeping his solo name of JUN.K, but did not elaborate if his name in 2PM would change from ‘Junsu’ to ‘Minjun’.

Why do you think he went through the sudden change in name?

Korean tweet here, Japanese tweet here
Considering the fact that there was a Japanese tweet (which...judging from how it looks, I'd say someone translated it for him) as well, I think this is pretty much an official announcement?

With the release date of her solo mini album approaching, HyunA has unveiled a few more photos along with the list of songs included in ‘Melting‘.

A total of five tracks are said to be contained in the album including the already mentioned title track, “Ice Cream“.

One of the notable new tracks is “Very Hot“, which is a song she has participated in both the writing and composing process for the first time.

“Don’t Fall Apart” is another song in the release and is described as one that depicts HyunA’s feelings on releasing a new solo album.

The idol will attempt the ‘teen-pop’ genre with “Unripe Apple” which sings of a girl who wants to be seen as an innocent girl in front of her boyfriend, and BTOB‘s Ilhoon is said to have participated in the rap making for the song.

Hyuna also helped write the lyrics for another track, “To My Boyfriend“, which is said to be a HyunA’s take on an emotional ballad.

As mentioned previously, HyunA will be releasing her new solo effort on October 22nd.

The eliminated are...
( Collapse )

BRANDNEWSTARDOM
Give pirate!Block B your booty, let them at your treasure chest, handle their swords, ect

After debuting last year with their first album Let’s Fly and a fresh youthful image, they have successfully secured themselves with 110,000 hardcore fans with short gaps in between their successive albums. Within 1 year, they have been receiving an unusual amount of unconditional love much like popular idol groups. B1A4 consists of 1 member with blood type B and 4 members with blood type A.

In the time that their column was published, it has received support from countless fans. That’s why B1A4 is thrilled. For the last part (Part 4), we will progress in the format of a talk time for the members. In many interviews they answered that their hobby was to chit chtat. Indeed they do not disappoint us. If nobody intervenes them, their chit-chat might have continued all night long. We will now begin their last story – a little more serious than just chit-chat.

I love everything CNU said ;~; They're the sweetest bunch of boys and I love their friendship and fondness for one another so much.

No Joke is FLAWLESS
Collapse