always liked ju bora's singing~ glad to hear something new from her!

Girl group AoA‘s Hyejeong has been confirmed for a role as the younger sister of Moon Geun Young in the upcoming SBS drama, ‘Chungdamdong Alice‘.

Hyejeong is a vocalist in AoA and stands at a tall height of 170 cm with excellent body proportions to boot. After earning attention for her beautiful looks, she was cast as a cameo in ‘Gentlemen’s Class‘ after her debut. Although her role in the drama was short, it made enough impact on casting directors to land her another role.
( Collapse )
Allkpop 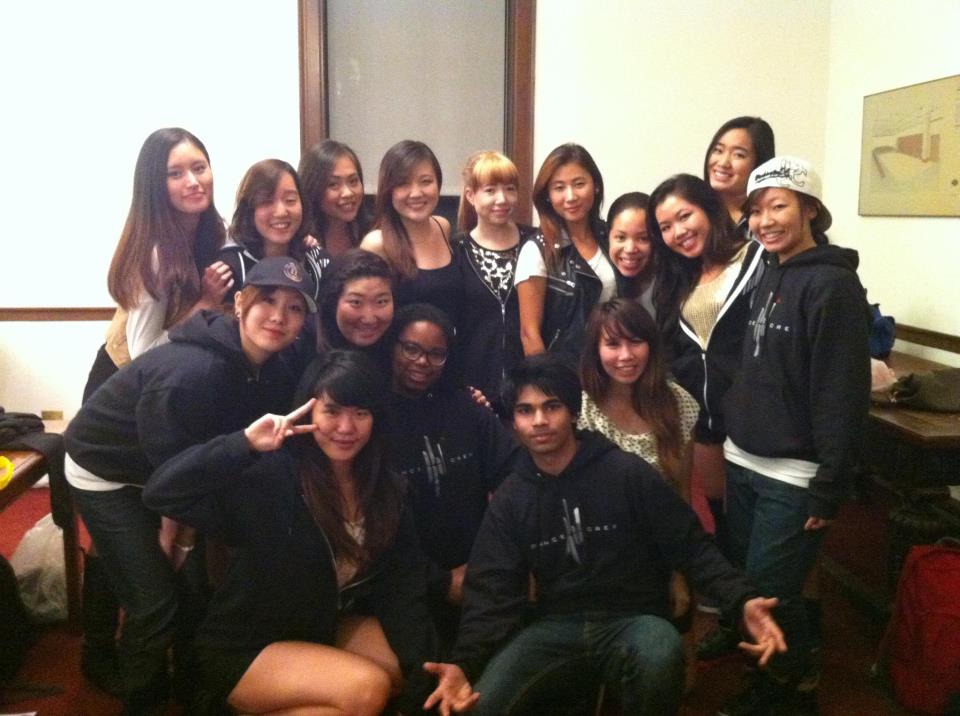 On Saturday, October 20, K-pop dance crew, DBJ performed a cover of 24K's "Hurry Up" at the annual Asian Tea House at Smith College (Massachusetts, USA). 24K's Cory saw the video of their performance and tweeted a congratulatory message to the performers:

The dance crew is comprised of students from the five colleges in Amherst, Massachusetts: Smith College, Hampshire College, University of Massachusetts, Mt. Holyoke College and Amherst College. They perform K-pop dance covers throughout the area at various cultural events. Their youtube channel has all the action.

Check out their performances of "Hurry Up" and EvoL's "Magnet" & "We are a Bit Different" below:

omg, this is so cool! these guys are always entertaining! i remember i always wanted to try out for the team, but i can't dance...oop. anyway, omona, who're your fave k-pop dance cover groups? i love endo' generation XD MODS: please ignore previous post.

post brought to you by the prettiest couple that never was

1. Top star 'D' who recently made a comeback after a long hiatus confessed that rookie actress 'E' whom he dated on his hiatus "wouldn't leave him alone with the skinship". It's been a year since they've been dating and 'E' never once let go of him, using his knees as a chair and his back as a backrest. Although he said he fell in love with her for her innocent ways, he's a bit tired of her now that he has to basically piggy back her around. They recently broke up.

Source: netizenbuzz via Whisper Gossip, Off the Record, Entertainment Radar 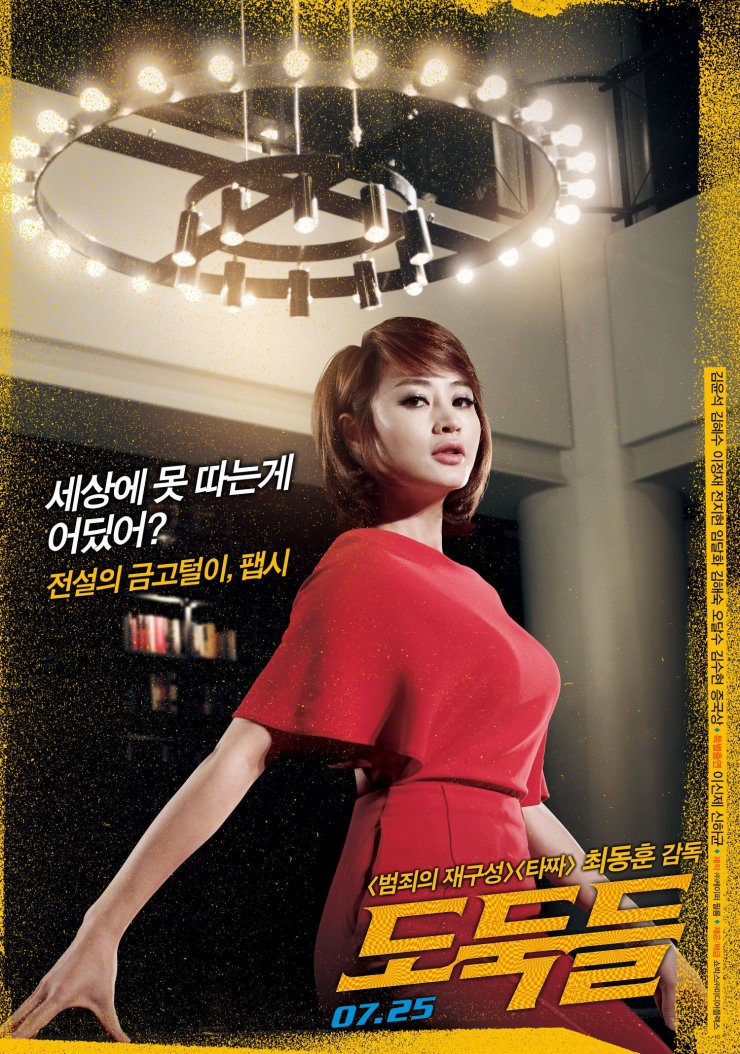 This is the 14th in a 15-part series on the stars and trends in “Hallyu” or Korean wave, which is gaining global popularity in Southeast Asia and Latin America. The Korea Times produces this special project in cooperation with the Korean Foundation and CJ E&M. ― ED.
If the 10-million milestone in Korean film industry is a good barometer, the Korean film industry is enjoying yet another renaissance since making it big in the early 2000s.
The biggest hit of this year is “The Thieves,” which was released in July. The heist film directed by Choi Dong-hoon with an all-star cast including Kim Hye-soo and Jun Ji-hyun currently has been seen by 13.02 million people, beating out “The Host” (2006) that attracted 13.01.
( Collapse )
rachel@koreatimes.co.kr
By Rachel Lee The Korea Times
Sources : Hancinema's photo Gallery "The Thieves" official photoshoot

Organised by GS & Point. The concert took place at the Jamsil Indoor Gymnastic Stadium on the 21st of October with performances by SNSD, Super Junior, MBLAQ, SISTAR, 2NE1 and Epik High.

Thank you lord for changing Bom's hair back to red! And I hope that Dara will get that undercut back for their comeback, otherwise she will go back to fading in the background. 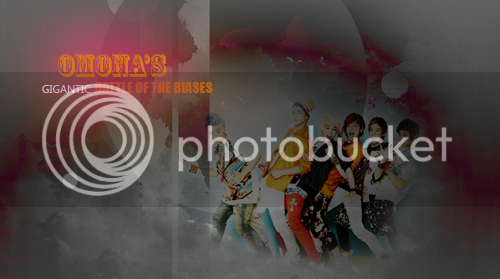 Round Six: Day One
( Collapse )

The ladies of co-ed group Sunny Hill recently visited Janghyun in the military.

On October 21st, the members each updated their Twitter pages to share the photos they took with Janghyun, who enlisted in the military at the end of January 2012.

hehe, it's fate that they visited right after I made my other Sunny Hill post~ So cute~ Definitely popular Sergeant Kim Janghyun XD

JoonSeo couple is sooo adorable this week!! Of course they are still a little awkward with each other but they are starting to do some skinship!!!! I am starting to like their romantic/childish/awkward relationship! I think Yeon Seo is much better when she is with Joon alone.

This couple is entertaining as usual but Kwanghee is too much for me this week!

On the last note: Joon is sooo childish/sweet :)

Mithra Jin recently made a bizarre and cute statement saying that he will marry IU!

On the October 21st broadcast of ‘Inkigayo‘, Epik High made an appearance with MCs IU and Lee Jong Suk before their comeback stage. Making a comeback after three years, Epik High stated, “It’s been a while since the three of us all appeared on screen together. It feels like other celebrities don’t recognize us because it’s been so long, and it’s so cold.”

Picking up on how Tablo and DJ Tukutz are already married while Mithra Jin is still single, Lee Jong Suk asked Mithra Jin if he wasn’t envious and he surprisingly responded “I’m so envious I’m thinking about marrying sometime tomorrow.” When he was asked who he was going to marry, Mithra Jin boldly responded that he would marry IU. After hearing what Mithra Jin said, Tablo stepped in quickly, apologizing and explaining that “He isn’t fully trained yet.”

In response to the surprising statement made by Mithra Jin, IU humorously responded that she would take good care of the household.

edited the grammar a little bit to make it more clear. lol Mithra you do know that IU's ahjusshi fans are super scary, right?

On October 21st, Psy tweeted a picture on his official Twitter saying, “I met the legendary Betty White. How come she knows me!!”

The pictures show Psy warmly embracing Betty White as she smiled brightly for the camera. Betty White is a famous veteran actress and comedian, who recently received an Outstanding Actress Award at the Screen Actors Guild Awards this past month. She is also well known in Korea through well known romantic comedy and animation movies.

In Psy related news, Psy will be attending the KIIS-FM ‘Jingle Ball’ on December 3rd, sharing a stage with other famous pop stars like Justin Bieber, Flo Rida, and Ke$ha. Soon afterwards, he will also be performing at ‘Jingle Bash’ on December 12th with Justin Bieber, Carly Rae Jepsen, and Pitbull.

Girl’s Day released their comeback concept photo through a popular social network service me2day with the caption “How does our back look?”

Netizen’s replied back “I can’t wait till your comeback!”, “You girls are so beautiful, please hurry up and release your comeback song!”.

Dream Tea Entertainment told allkpop, “The concept this time around is sexy and feminine at the same time. To express their new sophisticated concept, the group chose the color black with spots of youthful color to mixed and matched into their looks. It’s also the fall season which is perfect for a more mature image and music. “

It has been six long months since their last activity with “Oh My God“. Girl’s Day will be releasing the first teaser to “Don’t Forget Me” on October 23rd and making a full comeback on October 26th with their 5th digital single.

crossing my fingers for the return of fierce Girl's Day :x

On the recent recording of ‘Beatles Code 2‘, Block B stated “The incident that happened eight months ago during the Thailand interview was out of line and it was wrong.”

MC Tak Jae Hoon commented, “It was during the peak of your promotion when this incident broke out“. To this, Block B’s leader Zico replied, “This may sound like an excuse but, the night prior to the interview we didn’t get any sleep because we were working on music and our minds were a bit loose. We were out of line and it was wrong.”

Artist Hyun Ji Young who was also present during the recording said “The incident that happened eight months ago was wrong, but because of that you guys [Block B] had the time to look back on the incident and grow into more mature and careful members of Block B. In the future [Block B] will gain more popularity and grow, but at the same time be humble as well.”

During the program the group also discuss their latest album as well as a few funny group anecdotes.

This recording of “Beatles Code 2″ will air on October 22nd at 11PM KST.

From the YT description box:
"Ku Hye Sun showing her various artistic talents as an actress, film director, writer and painter, followed by being a songwriter now, and also as a composer and singer. Ku Hye Sun directed second full-length 2012 feature film "The Peach Tree", with Jo Seung Woo, Ryu Duk Hwan and Nam Sang Mi as the main cast, and the movie will be released on October 31st."

finally they release it!
Not what I expected to be honest especially because the chours seems a little out of place compared to the rest of the song... but I find it catchy and I can't wait to see the girls dance!!!
Collapse