The main poster for the upcoming The Jackal is Coming movie has been released.

Revealed on October 22, the new poster shows the sexy assassin Song Ji Hyo in a sleek, black mini dress, holding up a water bottle in one hand and a pistol in the other.

Next to her on the bed is Kim Jae Joong who has his arms and legs bound with pink tape as he looks at Song Ji Hyo in a quizzical manner.
In the movie, Song Ji Hyo’s character is dispatched to kidnap and eliminate Kim Jae Joong, who plays a top idol star but things quickly go awry to hilarious results.

Last week, the group revealed their “hidden concept” teaser images with the faces of each member covered, leaving fans curious. The boys are returning with their blond hairstyles from their ‘Warrior‘ promotions, as well as black denim looks styled with gold chains. Each of the members had two images that overlapped for their new jacket photos.

Leader Bang Yong Guk stands out with two sides of his head shaved for a more masculine look, along with his top, which is slightly opened to reveal his flawless abs, stealing the hearts of fans once again.

Members Daehyun and Himchan, who are always competing for 1st place in looks among the members, once again show off their amazing features, with sharp noses and jawlines. Jongup shines in a glamorous hooded sleeveless shirt, showing off a new style of charisma, while Youngjae looks fierce with the tough look in his eyes and great looks. Zelo opted for a “baby-perm” hairstyle, going in between a tough guy and young boy style.

LOL at the member descriptions. Daehyun's eyes popping up at the top are kinda creepy.

Skarf, who is currently promoting the second song on their debut single, “My Love“, has been treating fans to dance practice videos.  Alpha Entertainment recently uploaded yet another dance practice clip this time with member Ferlyn dancing to Ciara‘s “Turn it Up” featuring Usher.

Recall that Skarf is a four member-group made up of two Korean members and two Singaporean members.

Dressed casually in black leggings, a black top with yellow geometric accents, and a pair of Jeremy Scott‘s wings sneakers, Ferlyn attempts to add her own flavor to this hard-hitting dance track.  Starting off with a few acrobatic moves, Ferlyn uses dances moves quite different from what we are used to from Skarf.

Check out the video below, did she do Ciara’s dance justice?

It looked kinda awkward to me. These pre-debut videos of her while she was a dance instructor are much better.

A few days ago, INFINITE had taken the #3 spot at the box office with their ‘INFINITE Concert Second Invasion Evolution The Movie 3D‘ right behind ‘Masquerade‘ and ‘Suspect X‘.

SM Entertainment‘s ‘I AM‘ brought in a total of 33,008 viewers over that same period, so fans are anticipating that INFINITE’s movie may exceed that movie for total viewership as well.

Actor Yoo Seung Ho has officially been cast in the upcoming MBC drama ‘I Miss You‘.

The actor has been cast for the role of Kang Hyung Joon, an asset manager who becomes rivals with Han Jung Woo, played by Park Yoochun.

A drama representative explained the casting decision saying, “Yoo Seung Ho is being recognized by many for his maturation as an actor. We believe that he will play the character of Kang Hyung Joon, who is cold-hearted and hides his past pain behind his gentle image, better than anyone else.”

In the drama, Yoo Seung Ho plans to showcase acting skills that have further matured since his most recent appearances in other dramas.

Meanwhile, ‘I Miss You’ already cast Park Yoochun and Yoon Eun Hye as the protagonists to draw out the sad love story of the drama.

so...seriously? Yoo Seung Ho is playing second lead to Yoochun? Kind of a travesty tbh... and omg we don't even have a Yoo Seung Ho tag? wowowwwowowowow

Event info: Please be advised that Wembley Arena seating is divided into bays: - Block E represents the East Terrace. Higher rows may not be suitable for patrons who cannot manage steps or who are unhappy with heights. - Blocks N and S are within the tiered, side seating of the Arena. Even numbered bays (i.e. N6) are in the lower tier; odd numbered bays (i.e. N7) will be in the upper tier. Upper Tier seats are not suitable for those who cannot manage steps and the higher rows are not suitable for those who are unhappy with heights When booking seated tickets your block, row and seat details will be confirmed; please ensure the seats are appropriate for you.

Wow...so much cheaper than I thought it would be!

YG chief Yang Hyun-suk revealed in an interview with 10Asia last Thursday that G-Dragon's new album and concert are planned next spring.

“It was G-Dragon's initial plan to drop a full-track record, not a mini-album. As the release date was put off, we had a short time left for promotion. We all felt so bad about this that we've decided to release another G-Dragon's solo album and hold a concert next spring," Yang said, confirming the trendsetter's new project.
( Collapse )
kstar10

The ladies of 2NE1 have released another new CF for German sports apparel company adidas.

Back in June, 2NE1 visited Cannes, France representing their fellow K-pop idol stars for the Cannes Lions International Advertising Festival. Shortly after this, 2NE1 traveled to Italy and visited the southern portion of the Alps to film this CF for adidas. They were accompanied by actor Yoo Seung Ho and 20 year old soccer prodigy Song Heung Min, who plays for the German team Hamburger SV in the Bundesliga league. This was a real treat for Son Heung Min as he revealed on his Twitter that he’s a huge fan of 2NE1.

Altogether, they’re endorsing the winter line of adidas and they’re encouraging young people to participate in outdoor activities as the theme is “Let’s Get Out There“.
( Collapse )
allkpop, adidas Korea, 2NE1NEWEVOLUTIONFR@YT

she also wrote about it on her tumblr 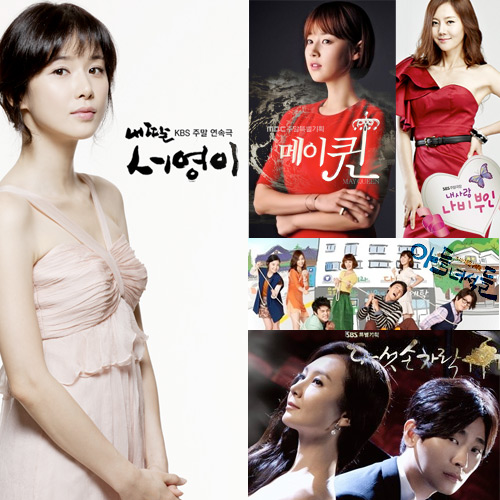 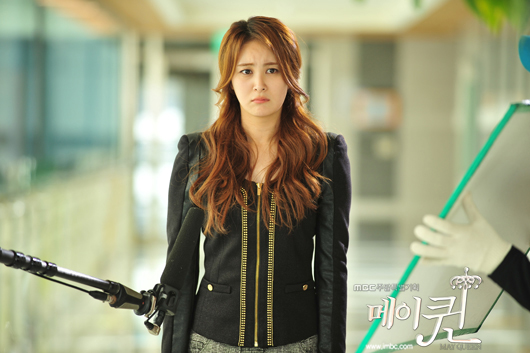 source: yunhoxo In case you were feeling overwhelmed with all that Changmin, have some Yunho with a tiny adorable child. And you know, in case you were feeling like you didn't need your ovaries anymore, there's some more Yunho and Changmin with this cute kid. And groping each other on TV. Because that's cool. Sure. OTL

Earlier this week, Kim Jang Hoon revealed jacket photos for his 10th album some of which featured American socialite Paris Hilton. He has now released the first music video teaser for ballad “Not Here“.

He shared the teaser on an October 19th me2day post writing, “Kim Jang Hoon new song ‘Not Here’ teaser video – thanks to the government it was a little late, but after much hardship here is the teaser. Pregnant women and elderly folk, please lower the volume keke. On the 25th at 12 noon look forward to the whole song and video. Really… you need to watch it in 3D for 100 times the amazement, please watch it in 3D later. I spent over 1.5 billion [~$1.3M USD] on it, don’t let it go to waste keke”.

In his me2day, Kim Jang Hoon refers to the government, aka MOGEF, sarcastically because they had initially given the music video a 19+ rating. After multiple edits, including taking out a large portion of the car crash sequence, MOGEF approved the music video for public broadcast.

Paris Hilton‘s featuring is creating even more excitement for the full music video. Kim Jang Hoon previously explained that, “we considered others like Jessica Alba and Scarlett Johansson, but according to surveys ran in Korea, Paris Hilton was more well-known to the public compared to the other two, which is how we came to choose her as our final lead”. Thanks to K-Pop’s rising popularity all over the world, the casting offer was readily accepted.

The music video was filmed in both 2D and 3D versions with top Hollywood staff, including experts who worked on the movie ‘Avatar‘.

Watch the teaser below [above] and tell us if it seems worth its $1.3M price tag.
( Collapse )

I still have no idea why this is happening.
Collapse