Their debut album will be dropping on the 31st, but ahead of its release, they’ve revealed a teaser for their upcoming music video that stars popular actors Lee Sun Gyun and Oh Yeon Seo (Lee Joon‘s ‘wife’ on ‘We Got Married‘).

Their name, E2RE, is supposed to be formed after the word “etoiler”, a French verb, and is said to signify the group’s wish to become a shining star of the music scene.

A Pink‘s Eunji revealed her CEO’s reaction to her kiss scene with ‘Reply 1997‘ co-star Seo In Guk.

During filming for the October 30th episode of ‘Strong Heart’, Eunji stated, “A lot of people were in shock after my kiss scene with Seo In Guk.”

Eunji’s parents, who were overseas, and her CEO called her as soon as the scene was aired. She stated, “The agency’s head was angry about the fact that the kiss didn’t seem like my first one. To be honest, it wasn’t my first kiss.”

that CEO doesn't know what he's talking about tbh

Suzy flaunted her sexy side for Canon cameras. The miss A member was recently chosen as the brand’s newest endorsement model.

Though the idol has shown plenty of her cute, innocent charms in previous photo shoots and commercials, this time around, Suzy dressed in tight black leather, showing off her long legs and pulling a sensual face for the camera.

Suzy’s long, wavy hair was let down naturally, and she wore a loose, white button-up on top of black leather pants. She had foregone her usual happy, bright image for a more mature one, introducing fans to a different side of her.

Big Bang Taeyang‘s older brother, actor Dong Hyun Bae, will be making his theater debut in ‘The Scent of Love‘.

Dong Hyun Bae has been cast as the “multi-man”, who appears as 9 different characters, including a radio DJ, doctor, husband, producer, audition contestant, and grandfather. ‘The Scent of Love’ is a play about love and loss based on the novel of the same name. The film of the same title was also based on the same book.

The actor commented, “I’ve had good experiences on the screen and television until now, and I’m happy to meet the audience in a new genre, theater. There’s less than a week until the play starts, but I’m happy to feel pressure to work hard and focus. I’m already getting nervous thinking about meeting the audience.”

‘The Scent of Love’ will be held at NH Art Hall in Seodaemoon, Seoul on November 3 until December 30 KST.

Scans from their first Japanese album "1", all 3 versions.

I wish their concepts in Korea could be this. Coordi noonas, is it too much to ask for a casual concept???

Girl group Dal Shabet is set to return to the Korean music industry next month, and will be releasing a new track collaboration with popular composer Kim Dohoon.

Dal Shabet will be releasing their 5th mini-album, which will have a total of 5 tracks including the title song, and is scheduled for release the third week of November.

I really liked Hit U and Bang Bang, even though it was nothing so original in kpop world, and was wondering what activities they were having. Good timing, I guess. One other comeback in november..!
I hope I did everything right with the sourcing, the LJ cut & the pictures, I'm not familiar with submitting article.

EDIT : the pictures illustrated the different articles I saw (the two I sourced with and allkpop as well), but they're not linked with the comeback. They are the last group pictures posted on DalShabet's website, and part of Bang Bang ! promotion pictures.

I'm so glad they made the best out of their trip here :D I bet the photoshoot is for some photobook that I can't afford but will end up buying anyway ;___; UGH WHAT HAVE THEY DONE TO MEEEE. lol anyways, SEE YOU GUYS NEXT WEEK FOR EP 21 ^o^ 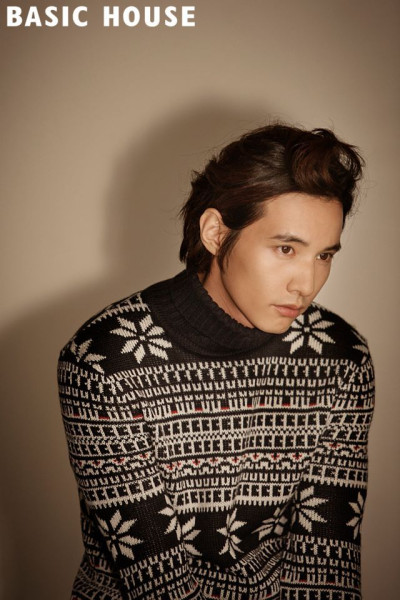 
Winter becomes full of emotions and music.
Shin Hye's winter album "WINTER POETRY"
Will be released in December.
Every Tuesday from now on you will get news about the release of the new winter album via official page.

In other news, Hyoyeon is currently taking part as a member of SM Entertainment‘s new ‘Younique‘ dance unit which has partnered up with Hyundai to release their ‘PYL Younique Album‘.

Boyfriend has announced their return to the Korean music scene with a new concept photo!

On the 31st, Starship Entertainment revealed the first teaser image for their comeback. The agency is describing this photo as the ‘Janus’ pictorial, presumably referring to the god of roman mythology.

Rather than the adorable image they have come to be known for, the boys showcase their new transformation with a charismatic photo and the red and black ensembles with accents of gold.

Starship Entertainment revealed to allkpop that fans will be able to “meet a Boyfriend you’ve never seen before. Boyfriend will show you a charisma that is different from other ordinary manly concepts through their stage.”

Stay tuned for updates and Boyfriend’s return on November 8th!

Edited to add Kwangmin's photo that was literally released a minute after I submitted this post. D:

NS Yoon-G and Jay Park will be releasing a collaborative effort very soon!

NS Yoon-G uploaded the photos above on her Twitter with the words “IF YOU LOVE ME”, piquing the curiosity of her fans.

Since then details regarding the tweet has surfaced and it has been revealed that Jay Park has featured in her upcoming single and the photos were taken in a practice room.

It has also been announced that the single titled “If You Love Me” will be released on November 1st.

Along with the news, a mysterious video teaser has started making its way around Korean portals like Daum and has been spreading fast, further adding to the anticipation for the release tomorrow.