the recorded sound is really bad, the sound effects are super cheesy. Other than that, it was okay.
[Spoiler (click to open)]
The guy in the wheelchair was Oh Yeon Seo's father, but I think he only wanted to find her for an organ transplant or something? Possibly a heart transplant, but man, that doctor's writing is too sloppy. The assassin from the elevator is one of the E2RE group members, btw. Why wasn't the car even scratched after that "accident" though? And the explosion+fire looked so fake...

The photos show the actor enjoying his time sharing the snack and hanging out with the children who featured in the CF. Lee Kwang Soo’s popularity with kids was apparent when they playfully battled for his hugs and attention.

The new “family-oriented” Pepero commercials come in different versions such as “Dad”, “Mom”, “Aunt”, “Son”, and “Daughter”. Lee Kwang Soo was chosen for the “Son” version and delivered a heartwarming commercial for viewers.

In the commercial, Lee Kwang Soo added personally written messages like “I love you” and “You were born to be loved” onto the Pepero boxes and shared them. The ending statement reads, “There are many people in this world we must share our love with.”

We don't have a Lee Kwangsoo tag;;

The group has been anticipated by many fans, so fans were elated to hear more news about the unit. Simon D revealed that producer Primary was working with Dongwoo and Hoya on the album. He said he was looking forward to their activities, and ended the conversation with, “Look forward to it. INFINITE H, fighting!”

Back in August, it was revealed that INFINITE members Dongwoo and Hoya will promote as sub-unit, INFINITE H, starting in early 2013.

Ah that definitely sounds better than what I heard in Running Man!
Is anyone watching the drama?

‘K-Pop Star‘ singer Park Ji Min is receiving attention after some fans shared a couple of revealing stories about her eating habits.

Park Ji Min appeared as a guest on SBS E! TV‘s ‘Cult Two Show‘ and received various reports from fans who witnessed her snacking. One listener reported, “I saw Park Ji Min at a hospital in Gangnam, and she ate all the snacks and drinks that were on the table.”

The people in the studio erupted in laughter as another listener reported, “I saw Park Ji Min inhaling tteokboki (spicy rice cakes) without chewing.”

Park Ji Min defended herself by explaining, “Hospital snacks are delicious whenever you eat them. ‘Please help yourself’ was written next to the snacks, so I just did what it said.”

Watch out for Park Ji Min’s appearance on SBS E! on November 1 at 9AM KST.

idek what to say about this, but I'm annoyed.

For those wondering where she is going, she is going to Hong Kong for “The Vivienne Westwood Collection Fashion”

Boyfriend announced their return to the K-pop scene with a group teaser photo earlier today. The agency described the photo as the ‘Janus’ pictorial, possibly referring to the mythological Roman god of beginnings and transitions.

Starship Entertainment revealed to allkpop that fans will be able to “meet a Boyfriend you’ve never seen before. Boyfriend will show you a charisma that is different from other ordinary manly concepts through their stage.”

Check out the teaser photo of twin Kwangmin/Youngmin, and stay tuned for updates on Boyfriend’s November 8th comeback!

It has been announced that Park Shin Hye and Yoon Si Yoon will star in the upcoming tvN drama, ‘Flower Boy Next Door‘.

‘Flower Boy Next Door’ will be a 16 episode romantic comedy that features the love story of an ‘urban rapunzel’ Go Dok Mi (played by Park Shin Hye) who gets caught by her the flower boy Enrique (played by Yoon Si Yoon) while sneaking glances at her neighbor.

The producers for the drama stated, “This will show a fresh perspective that hasn’t been seen before and will be an exciting drama. From the start of the drama’s conception, Yoon Si Yoon and Park Shin Hye were the writers’ first choice actors. The collaboration of the top producers and actors, and its interesting story line give it a triple threat that’s worth anticipating.”

horrible song but who cares

Red looks good on her!

Earlier this month, 2PM‘s Chansung was being considered for a role in the upcoming drama ‘The Secret Lovers‘. He has now been confirmed for the the role of Gong Do Ha on the show, which will be one of the main characters.

Gong Do Ha wins the affection of Choi Kang Hee‘s character, putting him in a love triangle along with Joo Won‘s character. On the surface, he is a gentleman and his sharp skills makes him an ace special agent, he also sports a handsome face and strong body. However, his character has scars on his body that suggest a darker past.

Chansung has been active in sitcoms and dramas such as ‘Unstoppable High Kick‘, ‘Jungle Fish‘, ‘Kaitou Royale‘, and he will also have a chance to show off his taekwondo and judo skills.

JYP Entertainment said, “Chansung is working very hard and practicing for this role in the drama. Please look forward to actor Chansung.”

‘The Secret Lovers’ will start airing in January 2013.

Excited, but cannot not imagine him romancing Choi Kang Hee. She's way too old for him.

Additionally, clips from the music video for Girls’ Generation’s next Japanese single “FLOWER POWER”, which will be released on November 21st, were shown on Japanese television. From cute songs like “Gee” and “Oh!”, this dance number returns back to their cool debut like “Genie” and also has a memorable sexy chorus.

Within the song’s perspective of the world, the nine girls sing and dance in a near future cosplay image of “bondage”-like cabin attendants under a fictional airline company, GG Airlines. [T/N: "bondage"-like is similar to the outfits worn in the MR. TAXI music video]

Check out the other covers below. 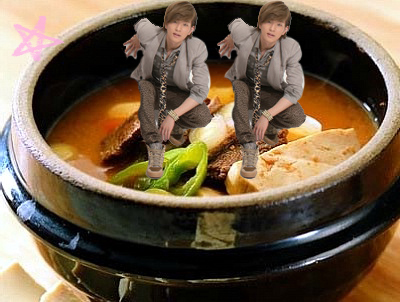 The music video features the nine members in three different sets of outfits, including black and red outfits and cabin attendant uniforms, as they sing the song’s sexy lyrics and chorus.

When MYNAME made their debut in October 2011, they were the most anticipated rookies of the year. None other than Hwanhee, a former member of the group “Fly to the Sky”, took the five members under his wing and trained them. So, one expected a lot of them as they released “Message”. Because “Message” was an upbeat pop-song, it quickly became a haunting melody, which was not easily forgotten.
( Collapse ) 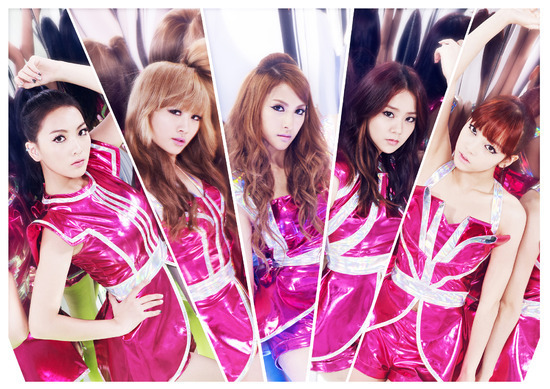 KARA have been maintaining their popularity in Japan with their recent single “Electric Boy“.

According to the Oricon Weekly Chart, ”Electric Boy” ranked #1 on the day of its release on October 17 and sold around 57,000 copies during the first week. It is currently keeping its place in the top five on the chart with its #2 position.

In related news, KARA has been flying back and forth from Korea to Japan in order to promote in both countries.

Source: allkpop
Congratulations to KARA, and really got to hand it to allkpop's journalism, selective information.

As mentioned previously, ‘Birth of a Great Star‘ contestant, Noh Ji Hoon, is getting ready to make his official debut as a solo dance artist!

After the recent announcement, Cube Entertainment has released a mock-documentary style video teaser of the singer titled ‘Mockumentary – File Code: 1107‘.

In the teaser, fellow labelmates HyunA, G.NA, and BTOB make an appearance with the BTOB members being sent on a search to find the whereabouts of Noh Ji Hoon, who is made out to be quite a womanizer through this teaser as the girls describe him as a guy who seems to know just exactly what to do and know exactly what they’re thinking.

Ailee also makes an appearance towards the end as one of Noh Ji Hoon’s many girls and has led fans to question if the last few scenes are from an upcoming music video for his debut.