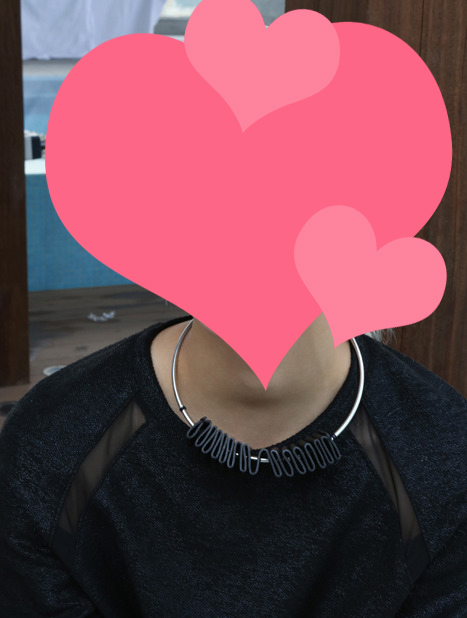 Yesterday, it was revealed that INFINITE‘s Sunggyu would potentially be having a solo debut and now member L has added more credence to this.

L uploaded the above photo on his Twitter along with the words “D-4“. In the photo, Sunggyu can be seen in the studio, carefully going over lyrics with what appears to be a composer.

So far, we know that Sunggyu’s solo debut could be titled “Another Me“.

"with what appears to be a composer." LOL really now akp?

After School sub-unit Orange Caramel will release their new Japanese single "LIPSTICK / Lamu no Love Song" on December 12.
The double-A-side single will feature the Japanese version for their hit LIPSTICK plus a cover of the opening theme for classic anime series Urusei Yatsura! The single will come in four versions: Lipstick Version, Lamu-Chan Edition, Variety Edition, CD Only Edition.

The covers are SO CUTE and I love the fact they're doing a classic J-Pop song again! *-* I hope on the video they are dressed as Lum as well!

these dorks. no engsub for now but watch for clingy!hyunseong hugging everyone except youngmin cuz he'd probably prefer eating him

edit: it's with engsub now. COULD THAT BE. A FREE HUG EVENT!?

On November 2nd, Girls’ Generation’s Taeyeon, Sooyoung, and Seohyun were featured on a episode of “Superstar K4″, the fourth season of a reality TV talent show series. The contestants on the show had been assigned a live stage performance entitled “My Style”, and Taeyeon, Sooyoung, and Seohyun appeared to deliver a related mission, giving them one hour to prepare and sing “Gee” in their own style.

Several teams, each with two groups of contestants, performed their versions of “Gee” in front of the three members of Girls’ Generation, who determined the winners based on who best showed their own unique skills. Taeyeon, Sooyoung, and Seohyun selected the team made up of contestants Roy Kim and Dickpunks as the winner. As Roy Kim and Dickpunks celebrated, Sooyoung commented that they seemed almost as happy as if they had won first place on a live stage.

Taeyeon then gave the winners an envelope, which told the location of a senior artist who would advise them for this week’s live stage “My Style” performance. Finally, all of the contestants shook hands with the three members of Girls’ Generation at the end of the segment.

Actor Daniel Henney is starring in an American drama called "Hawaii Five-O" as a special appearance.

"Hawaii Five-O" is a blockbuster action drama in which the characters fight against crime and gangsters and Korean-American actors and actresses Daniel Kim, Grace Park and Will Yoon Lee star in it.

Daniel Henney is going to take on the role of Adam's brother Michael who is released from prison after 15 years. He is a mysterious character who has the key to a case and it's a character that wasn't in Daniel Henney's filmography yet.

Despite the fact that it was a short appearance, apparently he left a strong impression. It was especially a contrast to his recent movie "Shanghai Calling" in which he was a sentimental gentleman.

This special appearance in the American drama was adjusted for Daniel Henney and a lot of consideration was shown for him. It seems that the production team offered him another appearance in a future episode and acknowledged his passion for acting a new character despite the time of appearance.

Meanwhile, Daniel Henney starred in a Hollywood movie called "The Last Stand" with Arnold Schwarzenegger and is going to be released at the start of next year.

D-Unit has released the second video teaser for “Luv Me” featuring member Ram.

The trio debuted this past August with their debut album ‘Welcome to Business‘ and its title track “I’m Missin’ You“.

Agency D-Business Entertainment previously explained, “We put a lot of focus on their style for this new album by trying out outfits that would normally be worn by male idols as well as the incorporation of tattoos.”

D-Unit’s new ‘Luv Me’ single will be released on the 7th.

You can watch the PV in HD here. Single details here.

Hyoyeon gave hints on her past boyfriend.

On the November 3rd episode of ‘Invincible Youth‘, she talked about a boyfriend who would often say something while they were under the influence of alcohol and not remember any of it afterwards. She revealed, “He told me, “Are you suffering? I’ll pay for your contract fee so you can do whatever you want from now on”.”

She kept talking about her boyfriend, and accidentally blurted, “But he’s doing worse than me-“. When she realized she was giving too many hints about who her past boyfriend could be, she suddenly stopped and grinned, expressing frustration at herself for going too far.

She also confessed, “I trusted him because I liked him. I trust people too easily.“