A video of singer and actor Seo In Guk‘s past audition for JYP Entertainment has surfaced online.

The video was shared on an online community board with a post titiled, “Seo In Guk during JYP audition.” The video showed Seo In Guk in a t-shirt and a hat, showing off his vocals by performing Wheesung‘s “A Story That Can’t Be Sent“.

Seo In Guk had also revealed in the past that when he was auditioning for JYP, he resorted to a drastic diet method to quickly lose weight.

After viewing the audition clip, the netizens commented, “He was handsome since then“, “Why didn’t JYP pick him?“, and “They lost another talented person in addition to IU.”

On Thursday 8 November , a french tv show Envoyé special made a documentary about Kpop.

Davichi is set to release a blockbuster album in February after throwing away plans to move to a new label and deciding to sign on with their old label CCM again.

In October, reports emerged that the duo were in talks with another label to move their careers away from their old label, Core Contents Media (CCM). However, Davichi is set for a ‘blockbuster’ comeback after announcing that CCM’s president, Kim Gwang-Soo will push for a February comeback.

Davichi had initially intended to sign a new contract with their managers who left CCM to start-up a new company but declined upon reviewing the five year long contract. The duo consulted CCM President Kim Gwang-Soo for advice before deciding to remain with CCM.

The vocal group is known in the industry for being priced the best to perform at events. Davichi is able to perform up at least 10 events for the price of 100 million – 150 million won (~ $90,000 – $138,000 USD). Core Contents Media have commonly ranked first and second places on the singles chart with Davichi and T-ara able to make impressive CD sales.

The signing with CCM again has put their old managers’ new label in a difficult situation. The new label was lost almost $4.8 million in investments, including $3.7 million investment from a Japanese firm. 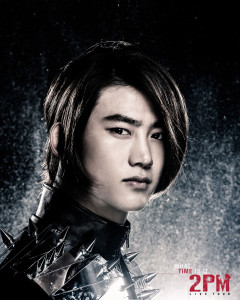 ot6 is back! welcome back, nichkhun! ♥

On that day, Boyfriend in their full military outfit with golden touches danced powerfully with much synchronization. Their 180 degrees transformation in appearance to matured men with their cute charms caused the hearts of noonas to flutter in excitement and also caught the attention of many.

Meanwhile, Boyfriend’s new song ‘Janus’ is a song that shows off new wave style music; with a glorious string of emotional melodious piano sounds, and groovy bass and completely matured vocals. The song about a man’s two-faced expression as he locks away his heartache while sending away his girl with a smile.

SM Entertainment has declined to comment on the recent scandal that erupted after IU posted a picture to her Twitter account, showing her in her pajamas with Super Junior‘s Eunhyuk. The picture was taken down minutes later.

“We don’t have anything particular to say,” the company said, in response to a call for a statement. Since the scandal erupted over IU’s mistake, and her company Loen Entertainment has already released a statement on the matter, SM Entertinment had decided to stay quiet on the subject, possibly wary of further repercussion.

Edit: Apparently the right non Allkpop translation is "Loen has explained everything so we have no further explanation."

Ah I can't believe how fast this got boring. Well played I guess.
I'm so disappointed.

Sooyoung presented the staff of tvN‘s ‘Third Hospital‘ with a farewell package.

She filmed a video message on the set of her last shoot and released it through the official homepage. She teared up as she said, “I got so used to my character that I can’t imagine a life without Eui Jin now.”

She prepared a gift package for about 100 staff members, which the contents included a makeup set, a letter she wrote herself and a Girls’ Generation autographed CD. In the letter, she wrote, “The staff of ‘Third Hospital :) You worked so hard in the hot summer ♡ . Thanks to you, I had a lot of fun and was happy while I was playing the role of Eui Jin >~< Thank you ^^ I hope I can see you again with another good project… Always be healthy! God bless you♡ From a healthy Eui Jin, Sooyoung.”

Sooyoung had played the character Choi Eui Jin in the drama, a violist who ended up with brain tumor. Her acting gained much praise, and her character added a lot of excitement to the entire drama.

I adored her so much in the drama, her acting brought me to tears. Such a magnificent actress, imo.

"9 Muses of Star Empire", a year-long(2010-2011) chronicle that follows a journey of an all girl pop group "9 Muses", portrays the every-day life of nine girls, relentlessly pursuing their dreams in a world of jealousy, betrayal, and scandal. "9 Muses" is an emerging girl group, aspiring to perform on a national stage and gain world-wide fame just like millions of others. For that, the girls have decided to set everything aside and live as one of the Muses for "Star Empire"; the entertainment company which created and coordinated every move. What's the price they must pay for their dreams?
( Collapse )

shit just got real, i have to see this documentary fucking right now

sorry mods, submitted the wrong one the first time ><

Bora’s Janus Selca? The photo that Sistar’s Bora revealed  of herself with a sticker on her face became a hot topic.

On 7 November Starship Entertainment uploaded a tweet on their official twitter saying “Revealing two-faced Bora with Janus sticker!” along with a photo.

In the photo, Bora stuck the sticker on her face and mimicked the contrasting nature of the Janus logo that caused the photo to be known as Bora Janus Selca very quickly.

In addition, staff from Starship Entertainment added “With Boyfriend’s comeback just ahead, Bora is in the midst of enthusiastically promoting for her dongsaengs’ new song ‘Janus’ by sticking their symbolic logo on her face.^^” arousing much curiosity amongst netizens with this post.

In response to Bora Janus Selca, netizens’ quotes “Bora is seriously two-faced!”, “It’s good to see them supporting one another.”, “No matter what she does, pretty Bora~ she is kind-hearted and pretty too”.

With the release of their new song ‘Janus’ music video, we were told that ZanyBros took part in the production. He replaced the sets with a huge scheduled ancient European castle setting with exquisite and elegant mise en scene** that shaped Boyfriend’s transformation from boys to matured men image.

Meanwhile, Boyfriend’s album will be releasing on 8 November in noon through online music websites.

4minute's Gayoon assured fans that she's okay and has updated the group's official fan cafe with a message. Earlier today, Gayoon squashed rumours of her sudden absence from the group and assured fans that she has been ill and is currently receiving treatment. Gayoon revealed that she had been ill for quite some time but delayed treatment until it got worse. By the end of her message, Gayoon stated that she is feeling better and promised that she'll be back with the group soon.For the past few months, Gayoon's absence from 4minute's activities remained unclear to their fans, which led to a lot of speculations. With her absence, 4minute has been pursuing their group activities with 4 members, including KCON 2012 last month.
( Collapse )
Source: Koreaboo | 4MF | 4minute Fancafe

it's nice of her to update fans because fans have been worrying about her for around 2 months i think! there are some crazy rumors floating around too!

Sexy diva Lee Hyori is aiming to release her new album in March or April of next year. In particular, 2013 will be the year Lee Hyori celebrates her 15th anniversary since her debut, so many are anticipating to see what the singer has in store this time around.

A representative of Hyori’s agency, B2M Entertainment, recently spoke with Star News, stating, “Lee Hyori will not be releasing anything this year. Instead, she currently has her eyes set for a comeback in March or April.”

The rep continued, “Of course there may be some changes, but as this will be her first album in a while, Lee Hyori is working hard on greeting her fans with a new track in Spring of 2013.”

B1A4 released their new album "In the Wind", the MV for title track "Tried to Walk" will be released on the 13th at noon KST.
Listen to the amazing, flawless tracks below!

SHAKING AND CRYING. THEIR BEST ALBUM TO DATE.

It's the second monthly meeting a.k.a time for making kimchi a.k.a gossiping time (for the wives) a.k.a going crazy (for the husbands). LOL the three husbands really crack me up this week! The part where the two 'crazy' combo a.k.a Joon & Kwanghee teach Julien to do aegyo is really hilarious!!! It's really hilarious when someone as cool and manly like Julien tries to do aegyo :)

And the 'crazy' combo continues to corrupt Julien... :)