SO MUCH PERFECTION! I can't even handle it. even if the remix to the title track is basically pointless

Now, if only someone could remind them of what else to upload......

On the November 10th episode of MBC‘s ‘We Got Married‘, the on-screen wives got together to make kimchi and discussed which stars they’ve been noticing lately.

Oh Yeon Seo shared, “I filmed a music video with Big Bang before. For one scene, T.O.P had to rap in my ear,” making Yoon Se Ah and Sunhwa express their jealousy.

“It was really good. I couldn’t even sleep [that night].” AKHKDFGFDGBFMNBG I FEEL YOU!

From original poster: "Big Bang's Taeyang teaches me how to Dougie after the Big Bang Alive Concert in Newark NJ on November 9, 2012. Cooking. I am just super happy he caught the food out of the air!"

IU and Eunhyuk's scandal is bringing Goo Hara's past 'pension scandal' back to light, and I did a few Google searches on it and didn't find anything so I thought I'd post it up.

Granted, it's all CIA work done by netizens so you have to start reading with the anticipation that it's going to be extremely petty and stupid, but it is a huge part of what makes up Goo Hara's image and explains the best replies most of her articles lately are getting.

Netizenbuzz
Basically, it's another idol's "underaged sex scandal", note that netizens did ALL of that work, but still want their vacation home to be in Hara's butthole, so it could be a case of what they're gonna do to IU.

IMO, the recent comments were from LOEN (taking tips from the KKS school of PR) to try and distract people from IU but clearly it ain't working.

We’re expecting to see unit activities of the popular male idol group Infinite only next year.

Lately, the news that Infinite and the popular music producer, Primary, finished working on a CD are spreading; the possibility of Infinite’s unit promotions is raised on Infinite’s fansites and on every online community’s boards.

The representant of Infinite’s company, Woollim, stated about it on the 12th, in the afternoon, to OBS Plus “It is true that they worked on songs with the producer Primary”.

But this representant said “We’re not at the state where the recordings are ended nor have we set definite plans about the unit promotions” and “We’re planning to release a CD but the unit promotions are still undecided. If they get to promote it, you might be able to see it next year”.

Lastly, the representant added “We can’t reveal yet who are the two members who will have unit activities but we’re still asking you a continuous interest for Infinite”.

On the other hand, Infinite are focusing on their individual activities as the song ‘Shine’, of the leader Sunggyu’s first solo debut album ‘Another Me’, was released on November 7th and it gained the upper ranks on each music site when it got released, and L is, as expected, showing an enthusiastic acting for the MBC Sunday sitcom ‘What Is Mom’.

"We can’t reveal yet who are the two members who will have unit activities" What...

Juniel has become the ‘hidden ninth member’ of AOA.

On the 12th, the rookie singer tweeted, “Find the hidden Juniel! ^^ Hello, I’m AOA’s hidden member J! kekeke,” and posted the above photo of herself with fellow FNC Entertainment labelmates AOA.
The solo singer seems to fit perfectly into the group with her cute image. Though she blended in well with the idol group, she stood out in her darker-toned outfit.
Fans commented back, “You’re all so pretty!“, and “Maybe you should do a collaboration with AOA“.

In related news, Juniel will be making her comeback later this month.

THEY ARE THE CUTEST. ;~~; I know it's bad if I say this but a part of me never wants them to get too big because I don't think they'll ever get to be this close to their fans again (even though I don't even live in Korea wtf). Reading the fanaccounts in the fancafe GET TO ME SO BAD BC BEST FANSERVICE EVER. D: Okay gonna go watch my KCON fancams again and cry ;__;

eyk
If we're going from 1 - MBLAQ's Interview on the cringe-worthy scale, this is probably a solid 2. (hooray!) 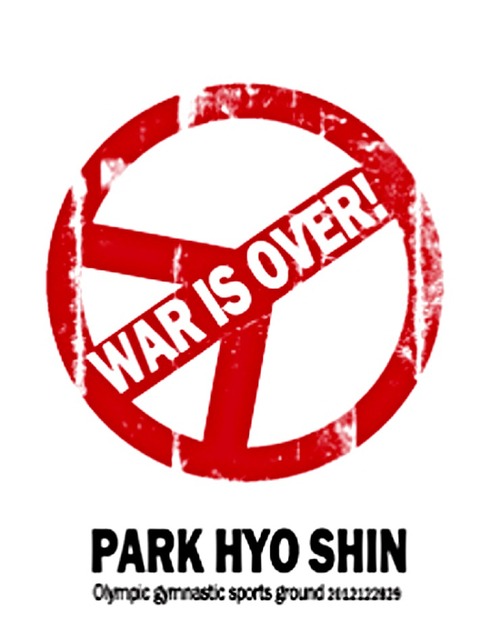 Park Hyo Shin will finally be making his comeback after being released from his military duties on September 24.
( Collapse )
Source: mnetglobal
FLAWLESS OPPA YES

jackin' Ukiss' black and white 'swag' kekeke
who knew a group named after a cleaning product could be so nioce. only here for Hyeongkon tbh

Girl group Rainbow celebrates 3 years since their November 14th debut on Music Core back in 2009 with Gossip Girl.

Let's start with a recent performance from 10/23


( Collapse )
Meanwhile these two are adorable

Sources: arirangworld,RGBBooinG,Chrur,Crayola Subs,5, all selca translations were done by VisualGlow

Haven't posted anything on here in months so I hope I did it right. Anyway, congratulations Rainbow =D

ZE:A will be releasing a ballad by the end of the month.

The group has always been active with dance songs, but ZE:A will be changing things up a bit as they’re currently putting the final touches to a soft, ballad song. It is the first time in their 3 years that they will be releasing a ballad as a title song. The song will emphasize main vocal Kevin‘s distinguished singing skills.

There are currently no decisions made as to if the song will receive the full promotion treatment or not. Dongjun is busy with ‘Catch Me If You Can‘ and is preparing for ‘I Love You Mister‘. Siwan is also preparing for his movie, ‘The Boy Who Visited Wonderland‘. Kwanghee is busy with various variety shows such as ‘We Got Married‘, ‘Knee Drop Guru‘, and ‘Star King‘ while Kevin and Hyungsik are preparing for their musical.

A representative said, “They prepared a special song as a gift for the fans that supported them this year.“

the picture was unrelated to the article, so I didn't include it

MBC Music‘s ‘Show Champion‘ held a survey titled, ‘Which team do you think will suit each other the most and succeed if they come together?‘. The survey featured 50 idols of various groups and they were teamed up differently in specialty groups as opposed to their original group.

The team that had the most votes in the survey was the ‘Idol Best Rapper‘ group, made up of Big Bang‘s G-Dragon and T.O.P, B.A.P‘s Bang Yong Guk, and Block B‘s Zico. Fans reasoned, “Their performance would be the best“, “If they come together, I’d buy all their albums“, and “I want to see them together on stage at least once“.

Following them were the ‘Idol Force Girls‘, a group made of 2NE1‘s CL, 4minute‘s HyunA, and SISTAR‘s Hyorin. Third place went to ‘Busan Flower Boys‘, made of B.A.P‘s Daehyun, 2PM‘s Wooyoung, and CNBLUE‘s Yonghwa and Jonghyun.

Which group would you have voted for?

I'd love to see a performance from that Rapper group, but I can't imagine them getting along long term...
1. 고양이 하루 (Cat Day)
Composed and written by JUNIEL

for the tl;dr: three of the songs are self-composed tracks previously released in her Japanese singles - "Cat Day", "Happy Day", and "Boy" - and "Happy Ending" is a new song co-written/composed by Juniel, with "Bad Person" being the only song she doesn't have her hand in. :) I'm thinking she'll end up promoting "Happy Ending" and "Bad Person"?

The 90th issue of ‘High Cut‘ magazine will not only feature the handsome actor So Ji Sub, but the beautiful Girls’ Generation‘s Tiffany as well!

Scheduled to be released on November 15th, the newest issue will showcase Tiffany’s romantic winter pictorial.

For the shoot, Tiffany donned hard to pull off apparel from a floral print padded jacket to a fur cape as she showed readers how to stay warm yet chic throughout the upcoming winter season.

The idol’s collaborative pictorial with Juicy Couture will be released on the 15th.

The connection between Roy Kim of ‘Superstar K4‘ and J.Y. Park has come to attention.

A past photo of Roy Kim and J.Y. Park has surfaced showing a child Roy Kim posing with a much younger J.Y. Park in casual clothing.

Seeing the photo, netizens expressed their surprise as they commented, “I never would have dreamed of this combination“, “I think J.Y. Park would be surprised by these pictures, too“, and “It’d be funny if they went back and took photos in the same pose“.

seongbear u presh boy wiping my tears 4 u rn, and i think i saw more pics of them at the ddeokbokki stall but i couldn't find it anymore 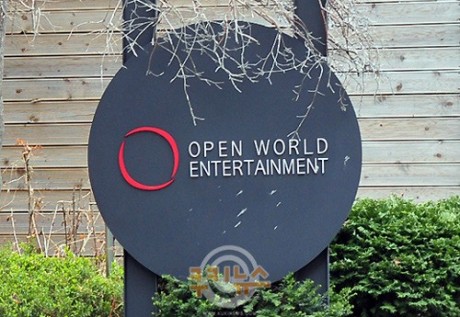 Open World Entertainment CEO Jang Suk Woo, who was charged with counts of sexual assault against female trainees and sentenced to 6 years in prison earlier this year, has confessed to his crimes.

On November 13th, during the appeals hearing, Jang confessed to having sexually assaulted female trainees in his agency. His lawyer stated, “He pleads guilty to all charges. He will work to help the healing process of the victims.”

His side also tried to appeal to the court’s favor in order to get his sentence reduced by stating that Jang is a business man who had worked hard to spread Hallyu within China, calling one of his company executives as a witness to prove this point. This seemed to have been brought about after suspicions arose that Jang was part of gang-related activities.

This is a complete change in attitude of Jang and his legal team, as previously, they had denied the charges altogether and then later stated that although sexual relations did occur, they were not forced. However, with the latest appear hearing, Jang has now admitted to all the charges against him.

The next court session will take place on December 11th.

I still can't believe he only got 6 years SMFH.  And how the hell can he help the victims in the 'healing process' WTF.

The first episode has already aired, so here it is! Oh yeah. While the previous article says the show's completely in English, the reality is that there are parts that are in Korean (i.e. NS YoonG's narration).
( Collapse )
Source: Lim Joyce
P.S. Sorry for forgetting the LJ cut on my first submission mods. I hope this is better.
Edit: The video is now corrected (hopefully).

Group B.A.P is having their first week of rest since debut and enjoying their own activities.

Officials from B.A.P’s agency, TSENT, said to OSEN on the evening of the 13th, “For the first time after 10 months from debut, They will be having their first break. They did have breaks before for a day or two but this is their first break they’ll be having for a week.”

"Youngjae is in progress of having a separate recording project from the members" omg T_T Get well soon, Himchan!
Collapse