Girls’ Generation is set to perform at the “K-POP Festival 2012″ in Hanoi, Vietnam. The concert will be held at the My Dinh National Stadium on November 29th at 7:30 PM ICT. Along with Girls’ Generation, performers include SISTAR, INFINITE, Teen Top, Son Dambi, B.A.P., miss A, KARA, T-ARA, TVXQ!, Hyuna, B2ST, ChAOS, FIESTAR, FTISLAND, Phú Quang, Tấn Minh, and Thanh Lam.

not sure if that artist line-up is up to date anymore, the concert has had multiple updates. not gonna tag the other artists since this is obviously snsd biased

Recently, groups have ventured into other activities aside from music.

The most prominent group who continues to make achievements is none other than JYJ. JYJ, made up of Kim Jaejoong, Park Yuchun, and Kim Junsu, have been very active and have excelled in various fields such as dramas, movies, and musicals.

First, Kim Jaejoong, who set aside his charismatic look to show his comedic side, will greet the audience on the 15th with his movie 'Jackal is coming'.

Park Yuchun made a comeback in the new MBC drama 'I miss you' which had its first broadcast last Nov 7. He played Han Jungwoo, a fearless homicide detective who is yearning for his first love. His desperation can be seen when he is chasing criminals.

Kim Junsu has somewhat shown a different pace from Kim Jaejoong and Park Yuchun. The two members are leaning towards acting, Kim Junsu, on the other hand, has dedicated himself to singing and musicals.


[tv] ′I Miss You′ Sparks Controversy Regarding Sexual Assault Scene

When asked about his group's performance at the Prudential Center in Newark, NJ, a bleach blonde G-Dragon of K-pop group BIGBANG says under his breath, "I wish it was better."

A refreshingly candid answer in the very formal, professional world of K-pop where the stars are more cute than sexy, scandals are minimal, and its stars spend years training. But this is BIGBANG -- an act that rewrites most of the conventions in K-pop by composing most of their own music, go shirtless in music videos, and have found themselves in the midst of several controversies just this year alone.

Backstage, the five members are in their opening number outfits -- heavy-duty, sparkling white suits looking like edgy Prince Charmings -- but G-Dragon walks around without his jacket on and huge sunglasses before sitting down for some pre-show interviews. Each member personifies himself in their demeanor. The elusive T.O.P., known for his low-bass timbre rapping, wears dark sunglasses and shows little emotion. Handsome Seungri sits straight up juxtaposing G-Dragon's casual answers and laid back appearance. Taeyang, in long braids, acts in a calm manner answering many questions with an impressive grasp of English similar to G-Dragon. While Daesung, the group's charismatic powerhouse vocalist, spends most of his off-camera moments warming up his voice with lip trills. Each has his own bottle of Fiji water (with a bottle of Welch's white grape juice for T.O.P.) with G-Dragon's attitude seemingly not improving just minutes before show time.
( Collapse )
Billboard 1, 2

The ‘2012 SBS Gayo Daejun‘ had previously announced its ‘Color of K-Pop‘ project, in which 20 idols would be divided into 4 groups by fan votes.

Seems like Hyorin didn’t exactly get her wish of being on the same team as Sunhwa, but what do you think of the teams? Which team is your favorite?

Kim Do Hoon composed Dal★Shabet's latest song, 있기없기, 2AM's I Wonder if You Hurt Like Me, K.Will's Beating Heart, G.na's Black & White and Top Girl. More notably he's the dude who plagiarized C.N Blue's debut single, Loner/외톨이야.
The Sweetune team is really strong, vocally. Every member in that group is a lead/main vocal of their own group!

Source:arirangworld
Most of you probably don't agree, so comment on the idol/s who you think should be on the list.
I suggest DBSK to start.

According to MBC, the production crew of 'May Queen' is looking to extend the drama by six episodes. It has not been confirmed yet, but it is highly likely the drama will get extended. It was confirmed yesterday on May Queen's fb page.

The drama was first planned to have 32 episodes, but if it gets extended 6 episodes, 'May Queen' will end in December on the 23rd. The following drama would be 'The Best Of Lee Soon Shin'.

'May Queen' is a drama about a woman who grew up in a harsh environment and how she grows up to be a marine expert. Actors Han Ji Hye, Kim Jae Won, Jae Hee, and Son Eun Seo star in the drama.

yesss! this leaves enough time for Hae Joo to get San oppa's dick and for the rest of the assholes to suffer


"Yongguk sponsored a child, Mim, through World Vision, an organization that helps alleviate poverty and hunger in many countries worldwide that may be affected by natural disasters or civil conflict,etc."

This is honestly the sweetest thing ever.

[Trans]
Hello! It’s Jimin!! It’s our 100th day already. Thank you for all the
love that has been given for 100 days!! In the future, we angels will
work harder to show better appearance!! Love you all♥

Psy set yet another record for himself.

Psy beat Lee Hi for the #1 spot on the November 16th episode of KBS 2TV‘s ‘Music Bank‘ winning for the 10th week in a row.

Psy previously set a new record for the most number of most wins on the show with 13 wins including this week. However, his consecutive win streak had been broken by KARA‘s “Pandora” after the 3rd week. Undeterred, the song kept winning #1 after that, building up more and more consecutive wins. The win today marked his 10th consecutive one on Music Bank, which was good enough to beat out the record previously set by Girls’ Generation‘s “Gee” with 9 consecutive wins.

This record is even more surprising because he never performed “Gangnam Style” on ‘Music Bank’.

A past video of Song Joong Ki dancing to 4minute‘s “Hot Issue“ has resurfaced.

The video, posted under the title “The dark history of Song Joong Ki”, shows the actor performing with fellow MC Seo Hyo Rim on ‘Music Bank‘ in 2009.

Fans couldn’t help but laugh at Song Joong Ki’s less-than-average performance and his awkwardness as he danced to the upbeat song on stage. However, he was able to pull off his outfit, a shiny green vest over a black top.

Netizens who saw the video commented, “It’s okay, it’s from the past“, “It’s so cute to see him try his best“, and “This really is a dark history, keke“.

Check out the video below!

So embarrassing lol I love him

The amount includes the profits brought in by artists active in 2012 such as  Se7en, Big Bang, G-Dragon, PSY, and 2NE1, but because it has currently only counted up to September of this year, additional profits from Psy, Epik High and Lee Hi will be added on later. With the new earnings counted later for the fourth quarter, the total is expected to jump even more. The 15 billion KRW estimate is about a 17% increase from last year’s 12.8 billion KRW (approximately 11.8 million USD) revealed during the same quarter.

Experts are expecting a large profit from Psy, who recently has won or will win awards at the MTV EMA and AMA, as well as from Epik High and the ‘monster rookie’ Lee Hi, who is continuing to dominate music charts.

The more you hear about him, the more you love him. I think I love him more than whoever my #1 bias is.
Between besides By the way, today is my birthday :P 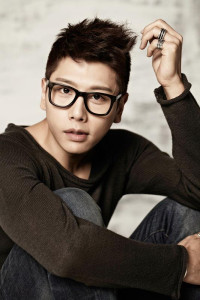 ( Collapse )
Source: Park Hyo Shin's Planet
I have no idea what these are for, but he looks good and his cardigan looks extremely comfortable.

FFA TIMMMMMMEEEEE Here you can bond with other members and if you are a lurker, you can take this opportunity to finally say hi to everybody. If you're a first time member and want to comment, you can do it now too! Don't be shy and make new friends! It's all love here :)RULES:1. BE COOL2. STAY WARM3. SAY HI4. TALK ABOUT YOUR DAY/WEEK/MONTH/YEAR/LIFE2. NO FIGHTING3. IT'S OK TO POST PICTURES&GIFS;BUT NOT HUGE BROWSER-SLOWING COMMENTS4. NO ADVERTISING PLEASE (message any one of us for inquiries about this pls)5. IF YOU WANT TO PARTNER WITH US: email us at omonamods@gmail.comDon't forget to like us on Facebook and follow us on Twitter!!!!

It's only fitting that Korea's attitudinal pop princess was the subject of PSY's seduction in "Gangnam Style." Rapper-dancer Kim Hyun-a stands out from the super-clean K-Pop crowd, having controversially left one group (Wonder Girls) and then joining another, electro-pop unit 4Minute, and setting the tone for the more edgy side of K-Pop with songs like "Muzik" and "Hot Issue." Her solo singles have been even more incendiary—the music video for "Change" was flagged for 19+ viewers for her pelvic thrusting dance moves. "Bubble Pop!," meanwhile, placed an impressive #9 on SPIN Magazine's "Best 20 songs of 2011."

Even wrapped up for winter, 20-year-old HyunA commands attention. At Cube Café in Gangnam, a coffeehouse for K-Pop fans directly under her music studio, HyunA waltzes in with a thick blue woolen bob-hat, self-styled fur-lined jacket,the tiniest of black hot pants and sunglasses wrapped around her fingers.

Mods, I added the source for the youtube video

I like it but I feel DSP have let the ball drop. Their first Japanese album was pretty much flawless but since then the songs are too safe and bland.
Collapse