According to a new article from Dispatch, Rain and Kim Tae Hee are dating!

The couple have been dating for 3 months. Even after Rain enlisted in March, the pair kept in frequent contact, and started to officially date in September. Rain had actively asked her out to go and what began as friends, has now apparently blossomed into a loving relationship.

They met at least once a week, and usually met on Sunday’s. Rain would drive Kim Tae Hee’s car and drive her home, and then take a taxi back to his house.

The couple also spent Christmas together because Rain had a break from the army. A representative from the army said, “Celebrity recruits have many breaks. They can get many breaks. Rain has radio, so he has been allowed to go out often.”
[Update: How did Kim Tae Hee and Rain fall in love?]
Update
After Rain and Kim Tae Hee were revealed to be a couple, many people have become curious about how they first came to know each other and fall in love.
The two first met in October of 2011, when they were both filming an advertisement for ‘Coupang‘. After they became friends, Rain went on the offensive.
“Rain is the kind of person that is very forward with his feelings,” a confidant said. “Even after his entrance into the army, he won her over with frequent talks and conversations.”
[Update: Rain and Kim Tae Hee’s agencies have little to say on dating reports]
Update
After Dispatch broke the news that Rain and Kim Tae Hee were dating, their agencies had little to say about the matter, simply denying any involvement or knowledge.
“We haven’t heard anything about this,” both sides responded, apparently deciding that it was wiser to say as little as possible for the time being.
Rain is scheduled to be discharged from the military this coming July, while Kim Tae Hee will be acting in an upcoming SBS drama in March.
[Update: Kim Tae Hee’s agency confirms dating reports between her and Rain]
Update
After Dispatch broke the news of a relationship between singer Rain and actress Kim Tae Hee, both agencies had remained silent about the issue.
However, earlier today, Kim Tae Hee’s agency finally confirmed that the dating reports between the two celebrities were, in fact, true. “It is true that they have met, but at the present time they are slowly beginning to know more about each other with good and positive feelings,” the agency stated. “It has been about a month since their first meeting.”

Is this what Dispatch promised then http://omonatheydidnt.livejournal.com/10338036.html 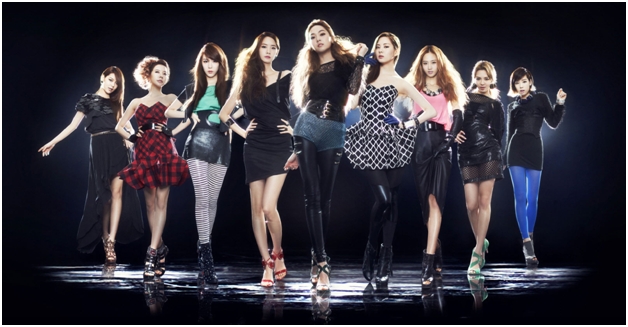 It’s 10 PM on Saturday in the bustling city of Seoul, Korea.  As a gentle breeze swept through the capital, nightfall was well underway.  One of the biggest K-pop concerts in the capital had just arrived at its finale

As thousands of screaming, cheery fans started their mass exodus from Olympic Park stadium to the nearby subways, I started to follow suit alongside the exiting press members.  While nearly every fan left happy, with smiles and laughter abound, I was torn. “Korea’s #1 group” signs were flown earlier, while squeals of “SNSD is the best, most talented group in Korean music!” were heard in unison. Yet, I wondered how fans defined “best” and “most talented.”

While I do support K-pop, I was also disappointed at what I just witnessed at the concert.  I may be hated by many for saying this, but has K-pop really distorted our musical tastes for the worse?

Last year, one of the largest concerts, the 2011 Girls Generation Tour, took place to the delight of many fans here in Korea.  As one can imagine, the coverage of the concert was insane.  From new stations covering the venue, nearly every Korean music site reporting on it, to even fans as far as France and the US flying in, the nine ladies were the object of everyone’s affection.  It seemed the ladies that popularized the words “Gee”, “Hoot”, “Tell Me Your Wish”, and “Run Devil Run” into K-pop lexicon could do no wrong this night.

But there was a nagging feeling in the back of my mind. The thoughts that many other, incredibly talented singers were being snuffed out by the idol pop machine. The feeling that the musical bar was set too low in recent years.

Was I the only one that saw the evolution of K-pop spiraling downward before my very eyes that night?

If you can recall, Noh Hong Chul was in New York City around two weeks ago and this time he arrived with fellow ‘Infinity Challenge’ members Yoo Jae Suk and HaHa.

Some are speculating that the trio may appear with Psy later tonight for ‘Dick Clark’s New Year’s Rockin’ Eve‘ in Times Square.

Another year of Infinity Challenge’s much-coveted calendars has brought in some considerable won.

It was revealed this year’s calendar sales from November 22 through December 7 had yielded over 444 million won in profits.   The profits will go towards setting up an ‘Infinity Challenge scholarship’ with an estimated 112 university students from lower-income families benefiting from this year’s calendar sales alone.   The show’s tradition of creating and selling calendars is in its sixth year this year and has shown explosive sales every year.

I GOT A BOY

what a way to start the new year /sobs

Jieun looks so pretty! Lol at Sunhwa asking Hyosung for money. And these 3 are so cute ;_;

I Got a Boy

Promise, Express 999, and Lost in Love were my faves

Q: This coming year there will be several artistes under JYPE who are born in the zodiac year of snake.
A: 2AM Jokwon, 2PM Wooyoung and WG Sun & Yenny were all born in the year of the snake, and so they will take on a broader range of activities this year. Of cos, for Sun, she will be embracing one of life’s most important event - marriage, and will be focusing on her family life in the short run and we will fully support her. As for the others, for e.g. Yenny will be participating in the musical “The Three Musketeers” while Wooyoung is looking at suitable scripts. For Jokwon it is needless to say as he is an all-rounder.

Q: Everyone is still curious about what will happen after Sun’s marriage.
A: The newly-wed couple will of cos need to be together, and the agency will be supportive of their decisions. The couple will need to plan for their future while the other members will showcase their talents through different areas of solo activities.

Q: Can we expect to see Sun as a WG member again?
A: That is a definite yes because she is still a WG member. If there are good and suitable projects, Sun will be part of it, and we will bring it to the fans.

Q: What can we expect from WG members solo activities?
A: We are in the midst of preparing all kinds of solo activities and we are also planning for sub-unit activities. The earliest confirmed piece of news is Yenny’s debut as a musical actress, while the plans for the other members have yet to be cast in stone, but there is a possibility of singing and acting. We are expecting to bring some good news to the fans around Jan or Feb.

We're still alive and 2012 is behind us. Can you believe we made it to 2013 in one piece? We had to put out a few small fires here and there but we didn't completely burn to the ground. It's my and the rest of the mods hope that as time goes by we keep improving in every way.


We would love to hear your voice on some things so we can have more success and fun around here in the new year:

What makes you comment and what would make you comment more?
What types of posts do you like the best or would like to see more of?
Where do you think Omona could improve content wise?
What makes you spend more or less time with us?
What post ideas do you have?

Let us know in the comments, as this will really help people who make posts deliver the posts you guys will enjoy and they'll enjoy making.


Please take the time to fill out the poll in the cut.
( Collapse )

On behalf of the mods & the rest of the community + readers, I would like to say a big THANK YOU to all of the people that take time out of their day to share content/comment/sponsor and help OmonaTheyDidn't! grow & stay growing <3

The Korean group 2PM will hold their first shows at Tokyo Dome on April 20 and 21, as was announced on December 31. They are now "overflowing with emotions" after they made their Japanese debut in May 2011 and achieved a dream they have held for about two years.

2PM are the 6th Korean group to perform at Tokyo Dome after Tohoshinki, JUNSU/JEJUNG/YUCHUN, Super Junior, Big Bang and KARA whose concert there will take place on January 6. After their successful six concerts at Nippon Budokan in Tokyo last May 2PM started their arena tour in November which has attracted about 150,000 people. Addressing their fans they said: "It has been our dream to perform at Tokyo Dome since our debut and we worked really hard to achieve it. Our hearts are overflowing with emotions now that we have finally realized this dream. To all of our fans, please watch over us when we stand on the stage we've been dreaming of for so long."

Before their much-longed-for shows at Tokyo Dome, 2PM will release their second Japanese album "LEGEND OF 2PM" on February 13. The album will contain 13 Japan-exclusive tracks including their singles "Beautiful" and "Masquerade" which both reached the number 2 spot on the weekly Oricon charts plus 9 new tracks including "This Is Love" composed by group member Junho.

The ticket sale for their Tokyo Dome concerts starts March 9.

“While You Were Asleep” is the title track for JeA’s first solo album, ‘Just JeA’. She enlisted the help of some of the best staff in Korea and abroad to create this album including R&B singer Eric Benet, Double K and more.

The full album will drop online on January 4.

A short teaser clip for upcoming SBS drama series ‘Night King’ and ‘That Winter The Wind Blows’ has been revealed, heightening up fans’ anticipation.

The teaser video was revealed on December 31 during the 2012 SBS Drama Awards, which was held at the SBS Prism Tower in Seoul.

The clip started off with cuts of actress Soo Ae and actor Kwon Sang Woo in the upcoming drama, ‘Night King’ which will air on January 14. The teaser then showed the much-awaited Song Hye Gyo and Cho In Sung’s series, ‘That Winter The Wind Blows’.

The video clip showed Cho In Sung and Song Hye Gyo giving emotional performances, while actor Kim Bum showed off his manly appeal. The beautiful video drew a lot of attention and made the audience eagerly anticipate the series.

Description of "Night King/Queen of Ambition"

Description of That "Winter The Wind Blows"

Hyoyeon and Yuri have been chosen as special MCs for Mnet’s “M! Countdown” episode featuring Girls’ Generation’s Korean comeback, which will air on January 3rd at 6:00 PM KST. The girls will be performing two songs: “Dancing Queen” and “I Got A Boy”. This will be the first time “I Got A Boy” is performed on a weekly music show.

Before their “M! Countdown” performance, the girls will appear as guests on Mnet’s “Open Studio Talk”. Girls’ Generation will also perform on KBS’s “Music Bank”, MBC’s “Show! Music Core”, and SBS’s “Inkigayo” on the 4th, 5th, and 6th of January, respectively.