A K-Pop idol is usually trained under a strict system before their debut. Typically, kids will have to go through various stages of auditions before being signed on as trainees. The ones who are successful will secure themselves long-term contracts with the respective talent agencies. After which, they will enter a training programme which is usually years-long.

Note: The standard training programme includes many hours a day learning music, choreography, exercising, and classes in foreign languages e.g. Japanese, Chinese, and English. Because a lot of these trainees are required to devote their time and energy to the programme, they would drop out of school.

Singer Park Wan Kyu spoke up on the controversy surrounding Infinity Challenge and its music pieces, pointing out that singers are the ones that need to step up their game.

On January 16, the Korea Entertainment Producer′s Association had criticized through official press releases Infinity Challenge′s takeover of the music charts, saying it was "no different from how large conglomerates take over multiple markets by expanding their businesses."

Park Wan Kyu had said in a meeting with enews before the press release was issued, "I can′t understand [why this controversy has sparked]. The public comes first."

He said, "I saw some say that ′singer should work harder to make music that people want to listen to′ and ask ′why are they pushing their responsibility to the Infinity Challenge members?′ I agree. [The public] just chooses the music they like better. You can′t force anything on them. The public comes first."

"The public are consumers," he added. "I don′t understand what′s the problem when the consumers are saying they want to consume [what they want]. On the other hand, the music industry also needs to undertake continuous campaigns on clean downloads, like the film industry. People in music need to join together as one voice like filmmakers, and campaign for a better culture."

SNSD heads to the Philippines for the 'Dream K-Pop Fantasy Concert'!

YG Entertainment has teased once again with another photo! However, it seems to be one more photo of the same, mysterious Kim Jisoo, whose first photo was revealed earlier this week.

As mentioned previously, it is presumed that Jisoo is a part of the upcoming new girl group that the agency has been keeping under wraps.

Check out the other photo released this week here if you missed it, and stay tuned for updates!

It seems like Hwayoung has been catching up with friends lately, one of whom is none other thanINFINITE‘s maknae, Sungjong!

The former idol, who is said to be looking into pursuing an acting career, updated fans with a selca and revealed her fondness for Sungjong as she tweeted, “I met up with my friend Sungjong, who is prettier than me and someone I can’t be without, after practically 1 million years, and we’re playing ghost!! Hehe It was really great to see his face after a long while ^_^.. Whew, I also miss Dasom ㅠㅠ”

The last line of her tweet is, of course, in reference to SISTAR‘s Dasom, who is also well known to be one of Hwayoung’s close friends in the industry, and the two have been spotted hanging out in public previously, enjoying each other’s company.

Sun will no longer be a member of the Wonder Girls after the upcoming press conference for her wedding.

The Wonder Girls leader will officially stop promoting with the group after her wedding, which will be held on January 26th at 10:30PM KST at Seoul’s Lotte Hotel. Sun is marrying Korean-Canadian James Park, who she met while they were both volunteering in Haiti.

In related news, the Wonder Girls are currently reported to be preparing for solo promotions.

newsen via nate via allkpop

SORRY GUYS!! Allkpop first wrote it as if she was leaving, then changed it later when I wasn't on my computer. :(

Sulli posted to her me2day on the 19th, “Sohyun, Suzy, Jiyoung, Sulli. Happy Birthday, Jiyoung. Congratulations on turning 20 years old. You know my heart even if I don’t say it, right?”

She also attached photos of the four idols, all born in 1994, having a little celebration. Fans commented, “That looks like heaven”, “Jiyoung was probably happy”, “I’m jealous”, and more.

As I was feeding my Kim Woo Bin addiction with videos of him from Seoul Fashion Week on Youtube, I noticed him wearing a black and white jacket I swear I'd just seen in the Jaejoong photobook pictures right here on Omona! After a double check, it turns out I was right! I CAN'T CHOOSE OMONA, SO YOU HAVE TO DO IT FOR ME. WHO WHORE IT BETTER?!

Photos of miss A‘s Suzy and Kim Soo Hyun are receiving attention for revealing how much they look alike.

The set of photos were uploaded onto an online community site under the title, “The man who looks like Suzy”, and shows an edited photo of Kim Soo Hyun with long hair. The photo received a 100% match to Suzy on a facial recognition application, leaving netizens laughing at how similar the former co-stars would look if Kim Soo Hyun was born a girl instead.

It's stupid but I laughed. 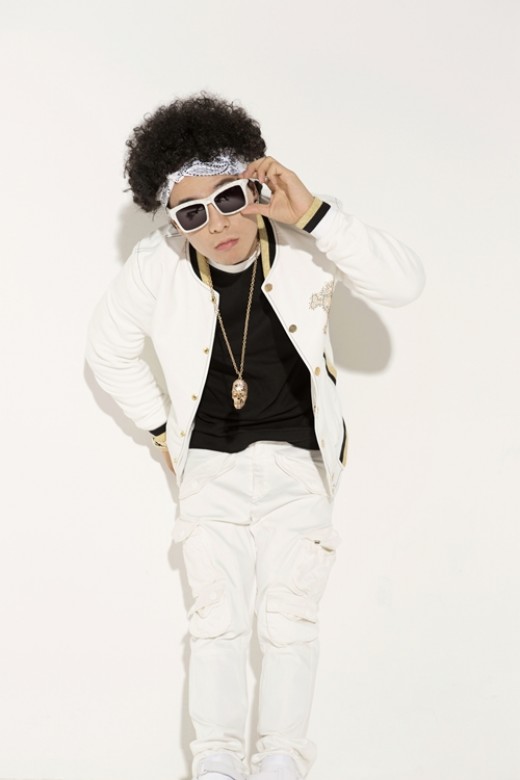 Hopefully another fandom will step into the spotlight.... 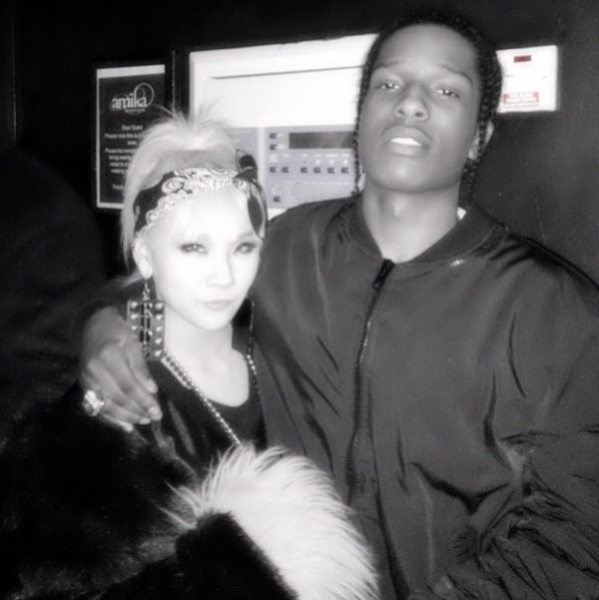 caption:chaelin_clWe be them pretty m*****f**kers@asvpxrocky
CL posted this on her instagram more than 10 minutes ago. How did they meet? What do you think they did together? Will CYELL make an appearance on one of Asap Rocky's songs or vice versa?