The recent interview with Jung So-min came out at the end of last year, just as her popular cable drama Can We Get Married was heading into its finale. A new interview came out with her co-star Sung Joon just this past week, and caught up to him after he’d had a bit of time to deal with the end of the show and the aftermath of fan-love that followed from it. Not that he hadn’t earned lots of fan-love before, but Can We Get Married really seems to be the one to solidify his leading-man status and set him up for the future.

Open to: All, detailed results viewable to: All. Participants: 143

Do you love Sung Joon?

Tiger JK, Yoon Mi Rae, and Bizzy have come together to form the project group MFBTY. MFBTY stands for ‘My Fans Better Than Yours‘ and they have just released the full music video to their debut single, “Sweet Dream".
( Collapse )
source: akp + JUNGLEMFBTY

I think I love this

she tries so hard to keep her hair up

Electroboyz‘s Chakun and K.Will have collaborated for a new single “Even If You Play“.

The new single will be released on January 22. 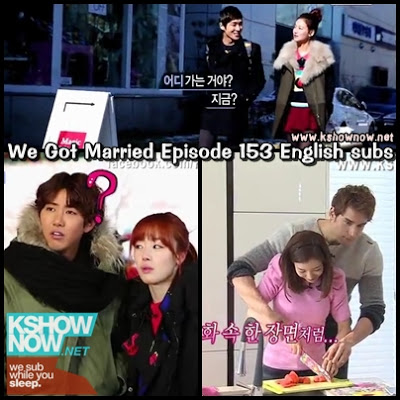 My heart squealed like an idiot during this part.

Also, Yeon Seo's oppa oppa OMGGGG! I feel you, Joon. I feel you.

LORD HAVE MERCY ON ME 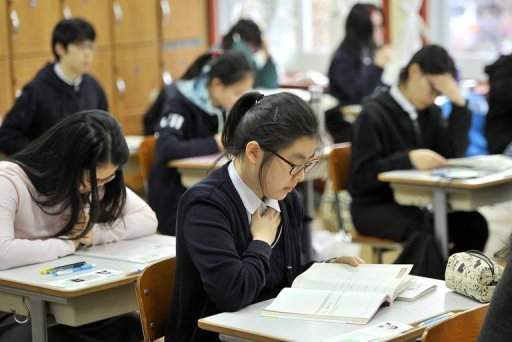 The education ministry will aim to make high school education free for everyone by 2017 as part of efforts to implement President-elect Park Geun-hye's campaign pledges on education policy, officials said Tuesday.

Officials from the Ministry of Education, Science and Technology reported the plan to the presidential transition committee during a policy briefing earlier in the day, saying that it would expand the current program that provides free education only to students in vocational schools or from low-income families.

These groups account for about a third of all high schoolers.

On Park's pledge to halve the burden of college tuition fees, the ministry said it expects to be able to give scholarships to all students in the bottom 30 percent income bracket within this year, a year ahead of schedule.

Ministry officials also reported plans to implement Park's pledge to exempt middle school students from taking exams for one semester during which they will be able to explore possible career paths.

Based on Park's pledge to launch a new ministry overseeing the science and technology industry, the officials said they plan to increase investment in scientific research and development to 5 percent of gross domestic product.

F.T. Island released a teaser for ‘The FNC‘!

The teaser released earlier today shows snippets of the BTS of the photoshoot of the members, and also features the F.T. Island members pointing at the camera and repeatedly saying, ‘The FNC’.

Check out the teaser!

JYJ will release a magazine to commemorate their 1000th day in South Korea and Japan. C-JeS Entertainment stated, “We are going to release a magazine titled ‘The JYJ’ which is a celebratory interview magazine commemorating JYJ’s 1000th day. The magazine contains the records of everything that JYJ has done after their debut. This includes their worldwide English album, world tour, solo acts, musical appearances, and drama appearances."

C-JeS Entertainment even spoke about the recent settlement with SM Entertainment regarding JYJ’s contract status. They stated, “JYJ had a long legal fight that lasted 3 years because of an unfair contract. JYJ has gained more freedom. On top of that, it is even more meaningful because JYJ has helped other upcoming idols have better contractual conditions than before. Through the interview in the magazine, JYJ has talked about the hard times they went through because of the ‘restrictions’ they received.”

C-JeS Entertainment’s CEO stated that he and JYJ wanted to use this chance to give a magazine that could be memorable to fans who have stuck with JYJ till the end.

JYJ said of the magazine, “Looking back at the 1,000 days there were a lot of difficult times but we can honestly say that we were happy. We tried very hard and there were hard times we did not anticipate. But, through these hardships we learned a lot and grew. We want to tell fans the happy days we felt throughout these 1,000 days.”

The “The JYJ” magazine contains nearly 25 hours of interview content and is consisted of 139 pages. There is also a special DVD that comes with the magazine. “The JYJ” magazine will begin selling throughout South Korea and Japan in early February.

Teasers were posted here and here

Earlier in th Fandomfreakout post here was something mentioned about Himchan being drugged by a fan. Since there hasn't been a post yet, here the details.
( Collapse )

◆Girls’ marriage and childbirth
( Collapse )
Seohyun: I want to hurry and get married. I don’t know when it will be, but when I find someone I love (laughs).
Tiffany: I met Wonder Girls’s Sunye’s fiance, and I was really jealous. While sincerely congratulating her, I thought about how it would be if one of our members would get married to a person they love.
Hyoyeon: If there is someone like that in Girls’ Generation, first of all, we’d have to congratulate them.
Taeyeon: But they will only be able to get married after getting permission from the eight members (laughs).
Sunny: There are eight sisters-in-law alone (laughs).
Seohyun: Eight wedding photoshoots, wedding songs, maids of honor… Wow, and hundred-day birthdays for babies. It’s going to be really hectic.
Yuri: It’s not like we’re each only going to have one kid either. If each member is to have two kids each, that’s eighteen 100-day birthdays we have to go to.( Collapse )