cant say im an avid listener of 10cm but i dl'ed this album and i reallyyy loved Nothing Without You. and Don't Let Me go and Morning Call were also good, i thought Oh Yeah was fresh though i wouldn't listen to it much. I had to give the mini a second listen to really enjoy it though, i wasnt really feeling it at first.

Hallyu star U-Know Yunho’s Japanese fans recently made a donation to Gwangju’s Fruits of Love foundation to help those in need.

TVXQ’s U-Know Yunho (Jung Yunho) will be celebrating his birthday on the set of SBS’ Monday-Tuesday drama ‘Queen of Ambition’.

MBC‘s ‘Idol Star Athletics Championship‘ finally aired on February 11th. Despite facing some tough competition, Jisoo won the gold medal for the women’s 70 meter run final which included Nine Muses‘ Eunji, D-Unit‘s U-zin, Hello Venus‘ Alice, and Dal Shabet‘s Ga Eun. During the final, Jisoo just beat out Eunji and Ga Eun by inches. Even the slow motion replay showed that the three ladies had finished almost simultaneously. However, in the end Jisoo was announced to have finished just 0.01 seconds before the 2nd place Eunji.

He was the only representative from BtoB but he slaaayyed~~ ^0^

Yay first post! I hope I did everything right... Anyways, Leo is becoming such a precious baby (ﾉ◕ヮ◕)ﾉ*:･ﾟ✧

beanii, you've been randomly chosen as our Day 1 Winner!

There are still 2 days left to ENTER our ToFebruary.com sponsored GIVE-AWAY.
KEEP THE COMMENTS COMING EVERYBODY!

not what I expected from them....but I don't dislike it!

( Collapse )
Together, the five guests and MCs discussed a range of subjects as they looked for similarities between the four Girls’ Generation members and Ha Choonhwa. During the show, Taeyeon revealed that because there are so many members, they enjoy spending time by themselves and set up miniature speakers and blinking lights on their phones to dance and have fun, and it was discovered that Seohyun and Ha Choonhwa have the same birthday. Tiffany also explained that the members have to eat before performing and said that there is a big difference between performances where they have eaten and where they have not.

The episode ended with the last story ever told on this season of “Strong Heart”, which revolved around Sooyoung’s father and his work to combat retinitis pigmentosa. Sooyoung revealed that after her father was diagnosed with retinitis pigmentosa, he started to research the disease, found that the majority of the information was written in English, and began translating the information. Thus began his activities in the eradication of blindness.

Sooyoung explained that her father still suffers from the disease, which is only progressing more slowly when compared to other patients. She said, “The problem is that funds for research are lacking, so I wanted to help him. But I’m not active on my own, and there’s also the company, so there were a lot of things to consider, and I think he wasn’t able to ask for my help without hesitation. After he found out not too long ago that there is a way to treat it, he officially requested help from our company, and about four of our members (translator’s note: Taeyeon, Tiffany, Sooyoung, and Seohyun) are currently active as ambassadors.”

In August of 2011, Sooyoung was involved in a car accident that left her with a minor injury and unable to perform in Girls’ Generation’s concert’s in Taiwan. She said, “There was a seminar he had to go to in Daejeon, and he asked me if i could come and say a few words, so I said that of course I would. So I was on my way there, but I got in a car accident. Through that accident, I fractured my tailbone, so I couldn’t attend our concert. The accident was a little serious. It made me think that it would have been nice if I could attend the event, and my dad wouldn’t feel so burdened. He was sorry about asking me for help already, so after that, the first thing I thought about was him worrying about this. And, just as I expected, he felt really sorry to me.”

Sooyoung also showed her appreciation to fans of Girls’ Generation who work to help those suffering from retinitis pigmentosa, saying, “International fans collected funds and sent them, and in Korea, our fanclub has their own volunteer group. Whenever there is an event, they do volunteer work, helping those who can’t see, so I would like to take this moment to say thank you all very much.”

Finally, Sooyoung gave a tearful message to her father: “When I was first learning to ride a bicycle, my dad gave me the nickname of ‘little hero’. But I’ve gotten so big now, I’m in the position where I can help him. He thinks I’ve become really big, but I’m still my dad’s youngest daughter and ‘little hero’. My ‘big hero’ is you, dad, so if a little hero and big hero cross, I think a bright world that you see with your heart will come about. I love you, dad.”

legit teared up at the hero part. my god, sooyoung is a freaking angel for that thank you. 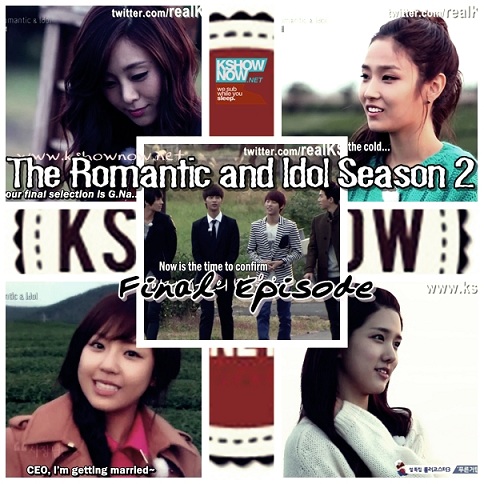 Some additional info
DSP announced a few days ago that Part 02 of the album is going to be a completely different image from the first so just wait and maybe we'll get another A or Mach from them soon enough! <3

any excuse to post the gif any thoughts on the drama? has yunho's acting really improved as reported?

So MR.MR allowed their fans to suggest and vote for the fanclub name (never a good idea, imo). Listed below are the suggestons~( Collapse )

source: hakyeon, @thenmMRMR, 2, 3, MR.MR Official Fancafe (you need to be leveled up in the fancafe to access this post)

xcherryblossomx came to a very difficult and painful decision. we now believe it is time for uee to graduate from after school and leave pledis for good. as she has been for a long time way above to what the company can provide to her, she needs a place that can manage her well and give her opportunities to use her full potential, so we started the #FREEUEE campaign. As I am sure most of  you know, Shinee were recently given the opportunity to go on holiday abroad.
Come join us on this first episode and find out where Shinee went, what they did with their free time and simply how they coped in the places they chose to explore!


Please note: the episode above is actually considered the MBC Lunar Year special (aired 13/02/10) so Episode 2 will repeat some of the special/ Episode 1. Also it is Episode 2 (aired 13/02/12) where the 10 episodes of the documentary actually start and these episode will be shorter than the special approx. 45 mins

So what were your favourite scenes? ^__^

Hidden below are a few of my favourite scenes.
[Spoiler (click to open)]Key dancing in the shop while listening to the Ramones was just HILARIOUS! Then he wanted to bump into a stranger and become friends with them..I really wish I was there but I must have been at uni or something. Seeing Minho be a fanboy was too epic and the way he reacted after eye contact and a handshake. I really LOLed when Taemin got lost with the trains. Jonghyun is just too cool taking pictures with those random fans in the photobooth. Onew, my love, when he was trying to feed the monkeys and it just jumped him!