How cute is her english in the beginning?!

Source:NYLONTVKOREA
look at oppa drink that milk all sexy like 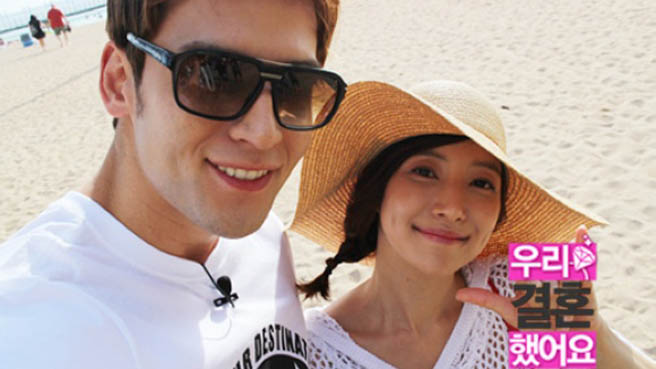 kibon2000
They covered it more recently on Feb 9th, but I prefer Ryu's adlibs in this older version so that's the one I'm posting.

Just to finish off: watch this really cute fancam! (ps can I have a MR.MR tag? pretty pretty please w/sugar on top?)

She looks perfect and flawless

Edit: the last video wasn't showing up for me so I linked the video instead. Also, added tags. My apologizes!

The terminator/former governor will be hopping on the yellow cab.

According to CJ E&M on February 18, Arnold Schwarzenegger will be appearing on tvN’s Taxi.

The former governor of California and long-time Hollywood actor will be landing in Seoul on February 19 to promote his movie, The Last Stand, directed by Director Kim Jee Woon.

On February 20, Arnold Schwarzenegger will be joining MCs Kim Gura and Jeon Hyun Moo in the yellow taxi, along with a translator, to talk about his career and first Hollywood movie in ten years.

The Hollywood actor will also be participating in the recording of tvN’s Baek Ji Yeon’s People Insideon February 20.

( Collapse )
Source: Netizenbuzz via My Daily via Naver

1. Actor A is well known for his manners, but it seems the industry knows him better for being two faced. Recently, his health has taken a turn for the worse, and he's made it a habit out of ordering his stylists to get him tea or hot packs. He'll express his frustration with them and yell at their faces if they're even a little bit late. According to one insier, A's stylists were heard saying, "A only acts caring and bright in front of journalists. His lack of anger management is not gone just because he's smiling."

Source: Netizenbuzz via Off the Record, Entertainment Radar

open in new tab for even bigger scans, especially the cover - it's much bigger so you can see Taemin's freckles :)

Behind the scenes footage of this photoshoot.

Yesung, you such a flirt

Four adults (ages 50~60) were given prison sentences ranging from 4-6 years for the sexual assault of two sisters in their teens and 20s. One other neighbor who had attempted to rape the eldest sister but failed was given probation.

They were proven guilty and this is all they get? They should've been jailed forever!!!!

I hope the new president would do something about this. Clearly, the law should be revised.

This just makes me remember the movie Dogani... I had a hard time sleeping for days when I watched it.

So what has been your favourite event so far? Is there anyone who you thought should have won but didn't?

Last fall AJ enrolled in Columbia University. He tweeted more frequently at the beginning of the semester, but then I assume he started to focus on school and his tweets really decressed. Many KISSMEs really missed him and were wondering now that the had semester ended, when would we get to see him? It was said that he was going to participate in the U-Kiss Valentines Event at the International Forum in Tokyo! Everything after that is still undecided, although I'm assuming he's participating in the next album and comeback, especially considering his tweet posted below the cute. (According to this Naver aritcle, the album drops March 7th.) Check out the short fancam of AJ in action below!

My babies look so tired and worn out, it breaks my heart. SM is doing exactly what I thought they would be doing - flying them up and down the whole tour.

The following is an update by a Verified Weibo user:

" This microblog update contains a lot of information, concerning K-Pop, but only if you can understand Korean ~~~ Unconfirmed but credibility is very high. "

Source: HyunTae's Weibo
Translations: Me myself and I, via Chocolyn 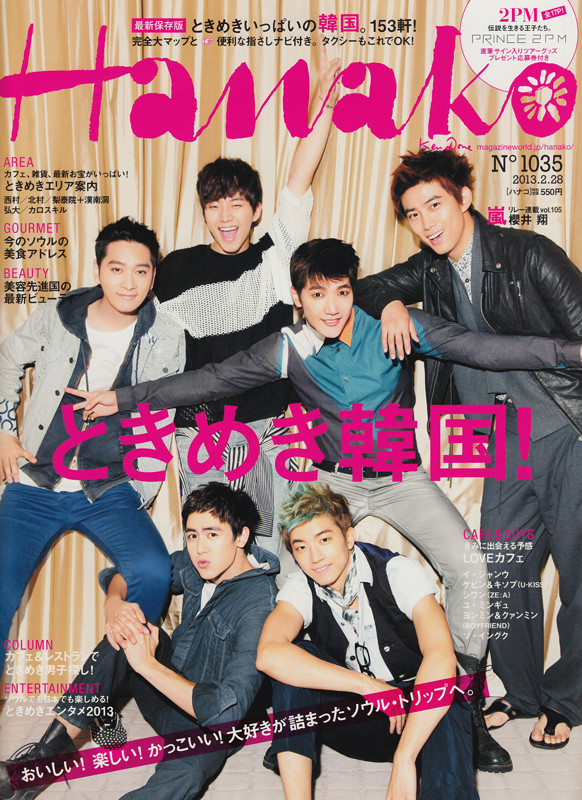 Koreans rap? The rest of the world was mostly oblivious to the fact until the dancing horse of the Far East came and crushed the International airwaves with the stupidly infectious pop tune that’s “Gangnam Style.” But let’s hold off on the gimmicky party steps and satirical lyrics for a moment. By rapping, XXL means spitting bars, punchlines, and vivid stories like Jadakiss (gasp), Big L (double gasp), or even Nas (triple gasp). You probably thought Koreans only made syrupy K-Pop records, Samsung cell phones (they’re not Japanese), and nuclear weapons (that’s North Korea). But there’s been an established rap scene for nearly 15 years. While it’s not quite yet an industry, whether as a contender in the pop market, or a successful indie genre, in Korea, hip-hop and rap are prevalent and well with artists, stars, and heroes of their very own.

With Psy continuously caking off his viral hit, and a Korean-American R&B/hip-hop trio named Aziatix announcing their recent deal with YMCMB, the time is better than ever to introduce the best rap acts from the Land of the Morning Calm.

If you didn’t know, now you know. Look on and discover a set of rap artists you never heard of, but will pique your interest.
( Collapse )

It should work now 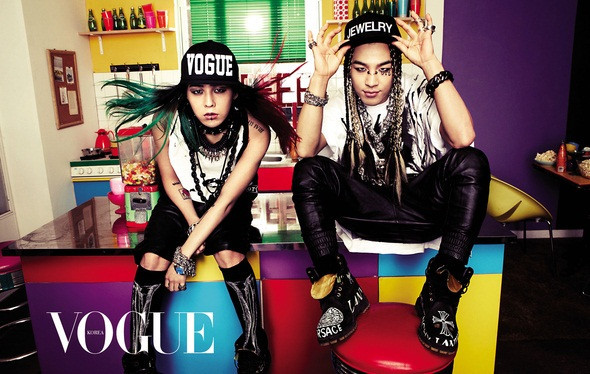 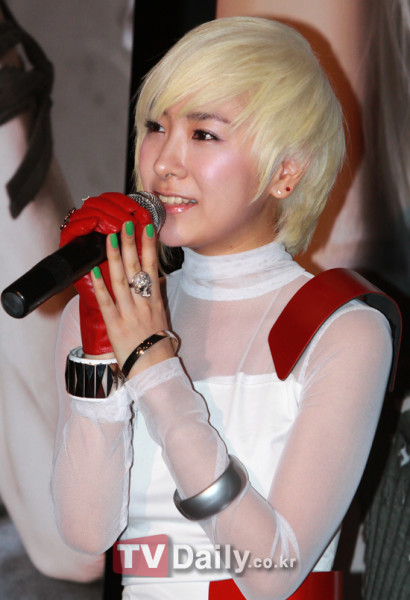 Chanmi has announced her withdrawal from her group 5dolls and agency, Core Contents Media.

On February 17th, the singer revealed the news on her personal Twitter saying, “Hello, this is Chanmi. First of all, thank you so much for those who are always giving me incredible love and supports.”

She continued, “My contract with my current company (Core Contents Media) has been terminated, so I am no longer in 5dolls. I’m working hard to find a new agency so I can stand in front of you again.”

“I’d also like to express thanks to those who have been waiting for me for a long time. Nothing was decided yet, but when my next agency gets decided, I will do my best to develop into a better artist.”

Source: DKpop, (DKPop caught Allkpoppitis and forgot to link their source, but here's her twitter)

I don't follow 5dolls, but I'm happy whenever someone breaks free from CCM.
Oh, wikipedia reports that Chanmi left the group last September?

Edit: Commenters report that she bullied a member who later left the group. I guess she's become KKS's secret agent then?

y'all. this is so good. like, really good. on repeat. 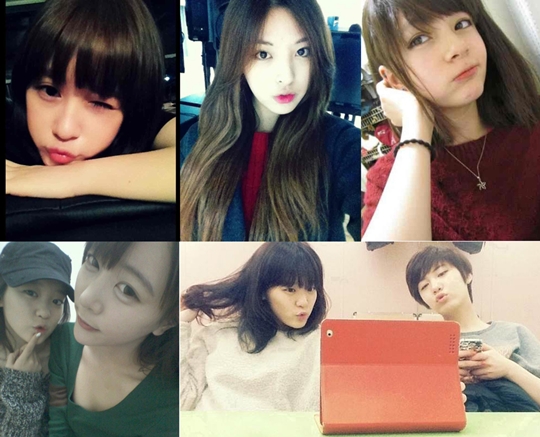 The girls have been missing from the scene for quite some time, and during then Chanmi left the label and the group. Even though the ladies were originally supposed to come back in March, Davichi and SPEED‘s promotions make it difficult for the group to promote during the month unless they go up against their own labelmates.

Of course, with Chanmi out of the group, many were left wondering how the group would still go on as 5dolls with only 4 members – but worry not! Chanmi’s place will be filled in by new members Nayeon (92) and Jihyun (93).

So the additions along with the existing members and Shannon, whom you may all be familiar with already as she participated in T-ara‘s “Day and Night” with Ahreum and Gavy NJ‘s Gunji, the total member count is once again brought up to something else other than 5. However, it seems the girls will still be going with ’5dolls’.

Are you looking forward to their comeback? 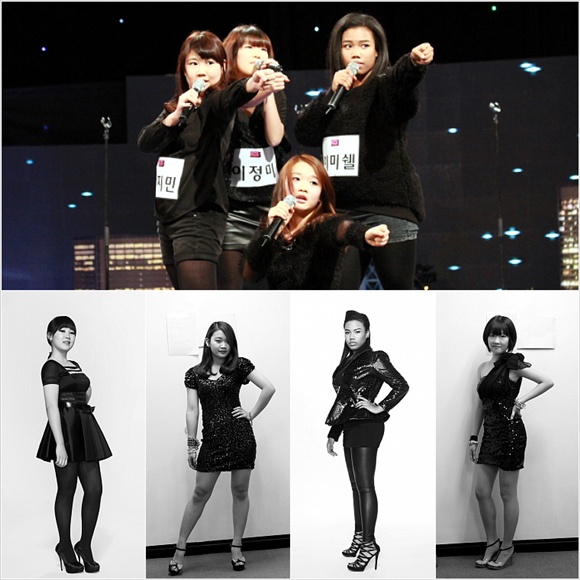 YG Entertainment stated, “We’ve decided to nullify the contracts of Lee Michelle, Lee Jung Mi, and Lee Seung Joo without any conditions“. Out of the girls who were supposed to debut under the highly anticipated girl group, only Lee Hi will be staying in the company to continue her solo career.

The label added, “Even though it’s disappointing, they decided that they should break up for the benefit of each other, so we have decided on this unavoidable decision.” Not only so, but YG Entertainment is currently busy with their upcoming girl group, as well as the comebacks for 2NE1, G-Dragon, and Kang Seung Yoon. Lee Hi will also release her solo album next month.