According to a new report from Star News, the police have found that trainee ‘A’, who reported actor Park Si Hoo for sexual assault, had been carried into his house.

The investigation is still ongoing, especially since Park Si Hoo’s summon isn’t until the 24th.

They celebrated Yunho's birthday during the photo shoot as well. <3

This is the first time I heard of them but I'm assuming that they're new?!
Edit: Oops. Okay so according to the comments, they debuted in 2007. Sorry :x
I randomly found this cover and OMG they did such a great job changing it up. Never thought an acoustic version of On and On would sound this good. They have wonderful voices too! \^O^/ 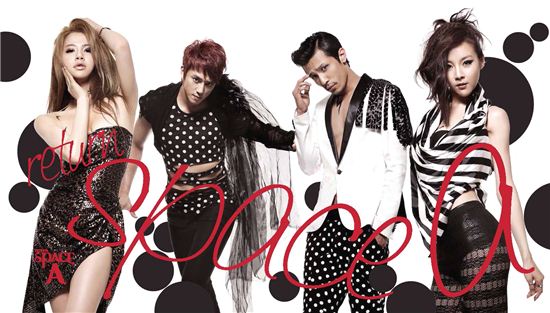 Space A has returned after over 10 years with “Sexy Guy“!

The dance group rebooted their hit from the late ’90s for their comeback album ‘RE-TURN‘. With new members Lee Si Yoo and Do Ha Rin joining Han Young Jun and Park Jae Goo, Space A plan to promote the remix with a fresh start, starting with this week’s ‘M! Countdown‘.

Check out their new music video as well as the original ’90s MV below!

Jiyoung‘s sheer looks for Dazed & Confused‘s March issue have definitely dazed fans, but no one’s confused about the fact that she’s growing out of her maknae pants.

The KARA member, who turned twenty in Korea this year, kept it neutral with black and white clothing, giving the outfits a pop of color with purses.

A representative revealed, "Jiyoung, who showed a bright and cute image as KARA’s maknae up until now, revealed her hidden sexy charms through this pictorial. Her professional expressions and poses impressed us."

His Korean management label Jackie Chan Korea revealed that they’re preparing an idol group named ‘Double JC‘ and they will debut in May or June. All members of the group are Korean, and have been trainees for about 8 years. Their debut album is produced by old school hip hop artist Hyun Jin Young, who was trained under Lee Soo Man and happens to be the very first artist of SM Entertainment.

There is no detailed information on the group yet, such as number of members, information on their gender or age. However, Jackie Chan paid a visit to the group while he was in Korea to promote ‘Chinese Zodiac‘. The only hint we have comes from Hyun Jin Young, who said, “They’re very unique. They have an inexplicable charm that’s hard to find in Korea. They’re going to release a Korean and Chinese song and target both Korea and China simultaneously.”

Jonghyun clears up misunderstandings related to dropping out of high school

SHINee’s Key thanks fans for supporting their comeback

SHINee goes on an eating spree on ‘SHINee’s Wonderful Day’

op note: last time i checked Jordan Kyle's wiki it had the song title removed but it keeps changing lol. Even to this lol.
========

Check the site and see for yourselves. I have a feeling this is REALLY their comeback song. SHINee’s Sherlock and Dream Girl were also listed.

We wrote UNCONFIRMED bcos we’re not really 100% sure unless it’s confirmed officially by SM.

im not even a fan but it kinda makes me sad that exo comeback jokes are going to end :( jk ;) i'm happy they are getting more material, hopefully it may turn me into a fan :)

OMO Kevin's singing in Distraction+! I was listening to it as I wasfalling asleep last night and

in the harmony parts (and Kevin's voice). My fav part is around 3:21 where Kevin ends the line "you are the only one~" by moving the last note up and down. That ending... Spazz with me Omona KISSMEs.
I now want to hear everything Kevin has ever sung solo or duet wise. Okay more like anything he has ever sung. lol Recommendations please?
The only thing that could have made Distraction+ better was if Hoon sang smoother in his solo parts and if AJ was in it.

Hello, this is YG Entertainment.

I guess this means that 'She's Gone' and uncensored version of 'That XX' won't be performed. Also say goodbye to anything as sexy as GD's 'Breathe' performance in his 'Shine A Light' concerts or 'She 's Gone' type of visual kei performance for 'Obsession'.

Personally I don't really understand YGE's decision as they could have easily set 19 as rating for one of the dates and 12 for other and still sold out all the tickets. Anyhow, if there is anything sexy or slightly scary in the concert expect another lawsuit as media and that crazy Ministry of Health, Welfare and Family Affair will be all over this concert trying to find something to complain after 'Shine A Light' case.

Also since the tour is named as 'One Of A Kind' I suspect that there is a very high chance that GD won't be releasing the other half of his album in March after all. SMH.

CeCi: Did you like the stage concept for ‘I Got A Boy’?

Sooyoung: We threw our heels off for the first time in a while. I really liked it. It wasn’t difficult at all dancing. I was jealous, thinking, ‘So this is what it’s like for male singers’. I think all of us are going to say we don’t want to wear heels for our next album, too.

CeCi: Of the responses towards the new song, what things might Girls’ Generation and the general public agree and disagree on?

Sooyoung: Something we agreed on was that it’s more appealing watching the performance, too, rather than just listening to the song alone. There were a lot of opinions regarding the lyrics, but personally, I like lyrics with clear themes, so I have pride in our song. I hope we will release more lyrics that you have to listen to carefully in the future.

CeCi: You revealed your dream of emceeing a talk show through various interviews. Do you normally have a lot of interest in people?

Sooyoung: I have a lot of interest, and I also like conversations. For instance, if something bothers you, there’s a really big difference between talking about it right away and letting it pass or not. Because if you’re asked, ‘What I said earlier, did it bother you?’, you get the response, ‘It honestly did a bit, but thanks for saying it.’ I feel the power of a conversation at times like that, even more so when I’m with my members. To me, Girls’ Generation isn’t simply a place that gives me money or fame, but a place where I study life. Bumping into one another, and adjusting to things one at a time. There’s no better [subject of] study than this. I learn the most things in the small world of Girls’ Generation.

After School’s Uee recently revealed that Song Joong Ki is her ideal type.

Yesterday’s episode of Mnet’s “Wide Entertainment News” featured an interview with the singer-actress, where she talked about her style, upcoming fashion trends, and her ideal type.

Regarding her ideal type, Uee shyly revealed, “I have a lot of ideal types.” During the show, she was given an ideal type world cup challenge where she chose Cha Tae Hyun over Lee Hee Joon, Jo In Sung over So Ji Sub, Kang Dong Won over Won Bin, and Jung Il Woo over Kim Soo Hyun in the first round. In the second round, she hesitated before selecting Cha Tae Hyun over Jo In Sung and Kang Dong Won over Jung Il Woo. For the final round, she apologized before naming her former co-star, Cha Tae Hyun, as the winner of her ideal type world cup challenge.

She explained, “Cha Tae Hyun is very passionate and warm-hearted. I realized how close he matched up to my ideal type when I saw him taking care of the crew.”

However, the production team playfully asked, “What if the round was between Cha Tae Hyun and Song Joong Ki.” Without hesitation, Uee replied, “Oh really? Then Song Joong Ki.”

» soompi
can they please be in a drama together?

U-KISS's AJ has made a return with a special Valentine's Day fan-meeting.

On February 16, U-KISS held a fan-meeting to greet their fans on Valentine's Day in Japan. This event marked the first activity as a U-KISS member since his hiatus to study in America.

U-KISS managed to hold this special event in the midst of their busy rehearsal and practice schedule. Leader Soohyun demonstrated excellent professionalism as he participated in the event despite his waist injury, which he is taking painkillers for.

After returning from studying at Columbia University, AJ received a warm welcome. He stated, "Everyone has waited for my return whilst I concentrated on my studies. I want to thank you for waiting. Please take care of me in the future".

In addition, U-KISS will begin their comeback activities and release their 3rd full-length album on March 7th.

For those who wanted more info on the comeback.
Oh my poor Soohyun. (I forget what he did to hurt his waist.) You're a real trooper. 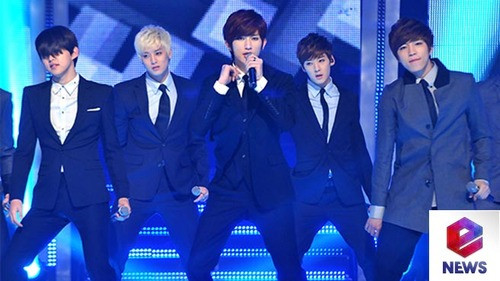 NH Media, the agency of renowned idol group U-KISS, has set up a joint stock company with Major Entertainment.

Major Entertainment holds Song Seo Yeon, who has been appearing in KBS′ Cheer Up, Mr. Kim, and Kim Yu Hyun, who recently appeared in the drama Jeon Woochi.

Hong Jong Gu commented, “Major Entertainment has mostly centered its business on managing actors, and with NH Media, which boasts years of experience in album production, the two companies will be able to grow into a general entertainment agency by securing many areas with their expertise.”

He added, “NH&Major1998 will be entering many more areas in entertainment, such as album production, actor management, drama production, concert production and content management. We′ll work hard to cultivate many more skilled rookies in pop culture and also attempt to draw in other stars currently active in the scene.”

Kim Nam Hee is a veteran producer who has produced for such big names as Im Chang Jung, UN, Yang Dong Geun and Paran. Hong Jong Gu has worked with Go Soo and Hwang Soo Jung.

this concert is on my birthday weekend, and my seat is super cheap and probably the view is blocked by gantries and shit but idgaf because my favourite ajusshis are in concert!!!

TVXQ have added extra performances to their ’5 Dome’ tour schedule.

Beginning in Saitama’s Super Arena (Stadium Mode) on the 27th of April, TVXQ will be the first non-Japanese Asian artistes to hold a ’5 Dome’ tour, also performing at the Tokyo Dome, Osaka’s Kyocera Dome, Fukuoka’s Yahoo! Japan Dome, the Sapporo Dome and the Nagoya Dome.

According to sources in Japan, one extra performance at the Nagoya Dome, two at the Kyocera Dome and one at the Tokyo Dome have been added to the original 12 performances. They will be performing at 6 different venues for a total of 16 concerts. Considering the fact that Tokyo Dome alone can hold up to 50,000 people per concert, the fact that the tour has been increased by four performances is an amazing feat.


TVXQ will be kicking off their tour on the 6th of March with the release of their new Japanese album ‘Time’. 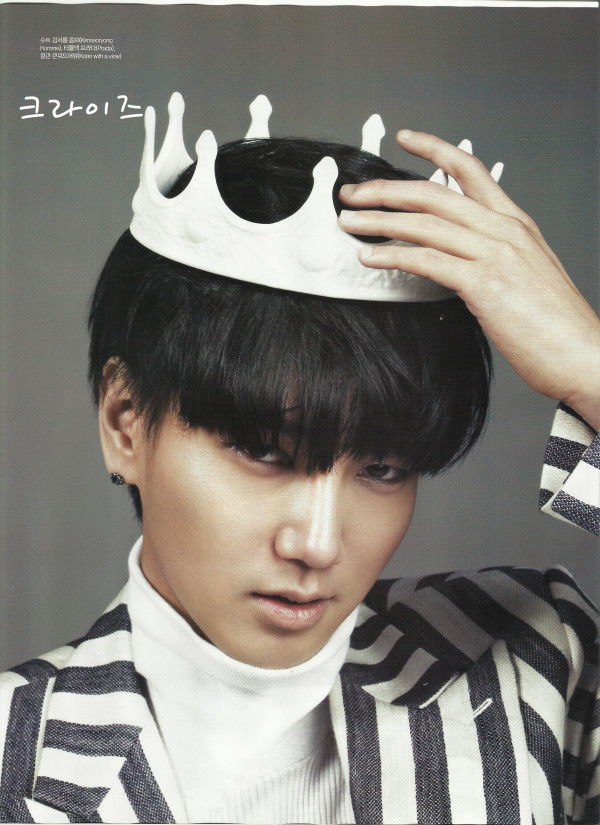 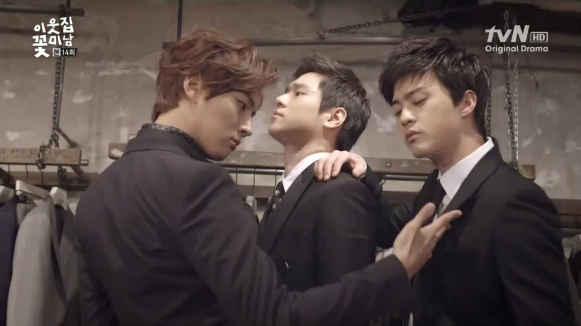 Read the recaps of Ep 13 and Ep 14 at Dramabeans

Minho recently explained the miscommunication that took place between himself and fellow SHINee member Key.

On February 19, MBC aired “SHINee’s Wonderful Day,” which featured the SHINee members taking adventures to different countries in preparation for their next album. On this occasion, Minho and Key decided to travel together to the country of Britain. However the two had wished to enjoy their travels alone and ran into a couple of minor disputes.

I found the story kind of sad and endearing at the same time. Key you just wanted to break his icy exterior didn't you?

It was a nice interview but are pigeon noises your only talent Doyeon? 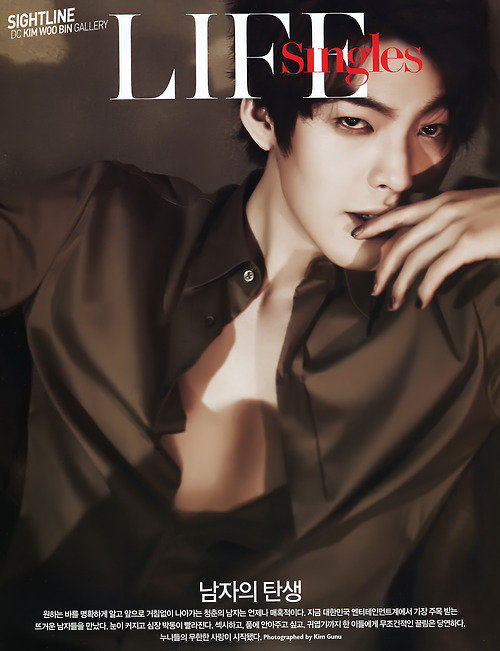