This weeks episode got subbed pretty fast so enjoy!

This episode has tons of London in it which makes OP happy because OP can say 'I use that bus' or 'I walked down there the other day'!

Some thoughts on Ep. 3

[Spoiler (click to open)]
Loved seeing Jonghyun's fanboy side coming out when he saw the giant gundam! He's such a fanboy spending the whole day at anime/manga exhibitions and store! Though it was cool when that One Piece character I think it was blew out smoke!
Minho was too mean to Key! It probs wasn't intentional but I felt so bad for Key in this episode. He seemed kinda lonely if you ask me and lost! Also those people at Trafalgar Square were useless! There was a shortcut Key could have taken if he carried on walking the way he was going then turned right at the left gate...the gate is 20 seconds to Leicester Square...dumb people...He should have gone to see WICKED!!
Taemin..I knew you were clueless but every episode just reminds me....he was adorable though drawing on the train window and writing he loves his mum!
Onew...his toast song is too cute! The yellow bag with the sunglasses...oh you cutie pie! OP just wants to ruffle his hair!

Chad Future had a livestream today and answered fans questions. Some of the questions asked included:

Where are you from? Michigan. How did you get in to kpop? H.O.T. then Lollipop with Big Bang/2NE1. What is his plan for this year? Covers in the first half that will work it's way in to original music. He has really big collaborations in store and a top secret project. Craziest thing he's ever done? Breaking on to a airport runway to film a scene with a helicopter for one of his past projects. And much much more..

He also does a mv reaction to a fan requested kpop mv aka SHINee's Dream Girl.

Gahh seriously the livestream just made me love him even more. He is such a sweet heart! My questions were answered at 26:45 and 52:12. What closet would he want to raid in kpop, what was his favorite kpop song/MV of 2012, and what would he like to see from kpop in 2013?

source: 7ontheblock2
in all of these depressing case, this feels like an oasis for me

I lied, it's more like a new group debut but with Sulhu/Jinwan, Taefung/Donghyun, and Haewon.

There's no news on what Zin is doing, apparently he and Ghun aren't idols anymore. Here's a pic for us fans of theirs. Also Sulhu lost all his baby fat and it's weird :/ In the Koreaboo article there's a bunch of profile shots of each of the members. 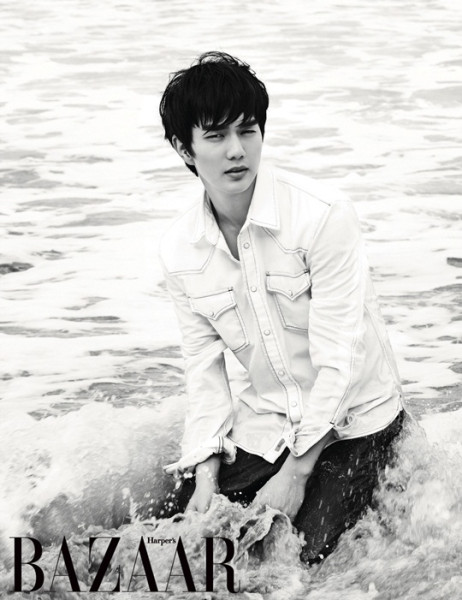 edit: added MBC's official videos, except SISTAR19 and DMTN because they were set to private.

probably because op is very biased but woooow this album sounds sf good??? but those weird autotune things dngmh
high hopes for my boys rn cus this album sounds GR10 and let's have a good long chat about stop girl ok

my biases are so weird

Article: Police under controversy for asking a ridiculous question to sexual assault victim

A 19 year old woman was raped by three people at a night club, one man a 33 year old level 7 civil servant. Four hours after the rape occurred, she reported the case to a sexual assault support center and underwent police investigation.

Article: Man sentenced to 5 years in prison for the repeated rape of a mentally handicapped woman

38 year old man was given a 5 year prison sentence for the habitual sexual assault of a mentally handicapped 15 year old, who he met on an internet chatting site. He force fed her alcohol and then sexually assaulted her.

Soompi very nicely compiled two videos with all the boy and girl idol debuts for 2012, watching these made me sad, so many debuts and so few actually managed to make a lasting impression.

Something else that made me sad, so many groups.

And apparantly there were more idol debut groups in 2012 than ever before.

sorry about that Mods, I think I have it all this time 8-) Korea needs a korean version of "Second Virgin", and in Kyoka Suzuki's shoes, one of these actresses.
I mean, look at my flawless queen Ye Ji Won (yes, I added her, LOL) : http://www.nemopan.com/222342 , Knetz wouldn't be able to face the hotness, we would all die of her sensuality, she will outshine all your favs, etc.