Lol sorry for the random yet messy and unreliable fancams, I just cbf anymore to wait/look more for the decent ones so I just post this as it is. Well at least we still can see full Warrior + other snippets thanks to BNT News, upnewsTV & Fanculture! And *cough co ugh*

POP is a British fashion magazine that aims to portray fashion as art. Other celebrities that have made the covers include Madonna, Britney Spears, Kate Moss, Victoria Beckham and Jennifer Lopez, all big icons in the celebrity and fashion world.

The editor-in-chief Ashley Heath explained that her choice by saying that Hyuna became a K-Pop icon thanks to her appearance in Psy′s Gangnam Style music video.

Hyuna has been steadily making her name known globally, with her singles Bubble Pop and Ice Cream, as well as her work with international star, Psy. 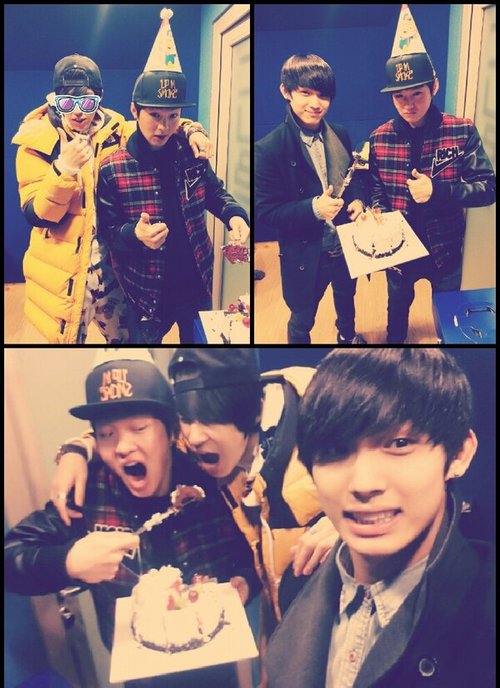 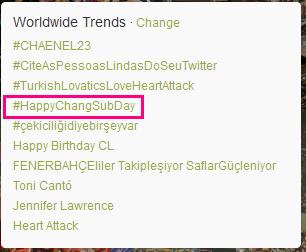 MBLAQ’s Seung Ho and miss A’s Fei will be testing out their dance skills in the third season for MBC’s Dancing with the Stars.

The two idols will be joining a talented pack of celebrities, who will show off various forms of ballroom dancing. The sketch recording was completed in the third week of February and the two participated in the poster shoot for the show on February 25.

Each celebrity will be paired up with a professional dancer as they learn about the world of dance sports.

The show will kick off on March 15.

» enewsworld
excuse me while i shake and cry over the fact that aqe seems to be getting their shit together. another show where empress wang fei fei will dominate ♥

What we know about D-Unit’s new member!


D-Unit’s second album will be released on March 4th! It will apparently contain a total of 22 tracks.
Source: nate

im guessing shes going to be the visual of the group who wont really have a talent :[

After the successful release of his first solo album, ‘I‘, Jaejoong has revealed ‘Y‘, the repackaged version of the album!

The repack includes a previously unreleased song, “Only Love“, as well as Kiss B both featuring Flowsik of Aziatix, in addition to all the other songs on ‘I‘.

“Only Love” is Jaejoong’s self-composed song of the dance genre, and was first performed at his recent ‘Your, My and Mine‘ concert.

So if you haven’t gotten your copy of ‘I‘, pick up the ‘Y’ version instead for two more songs and photocards!

Take a listen to the two new tracks, which definitely give off a different feel from the rocker Jaejoong we’ve gotten to know with the first version of the album.
( Collapse )

Articles are in order of events.

1. [+356, -45] He needs to stop hiding behind articles like this and go and get investigated already if he really claims he's innocent. Stop trying to get out of this.
2. [+279, -24] Why is he writing his testimony through articles instead of going in to get investigated? Is the alcohol from that night still left in his system?
3. [+286, -44] Manipulated? How? The CCTV already says it all ㅡㅡ


Article: Park Shi Hoo, A's lab results come back 'clean', a new side to the case opens up?
Source: Newsen via Nate + Naver

Article: Park Shi Hoo claims "We are suspicious of how A was able to differentiate between rape and molestation when she was supposedly unconscious"
Source: Herald News via Nate + Naver

I'm surprised at how easy it is for int'l fans to fall for media play...
I guess Akp served y'all right in the past, unfortunately. Btw, Shi Hoo avoided the police for the second time yesterday, after he said he wouldn't go at 10 am but he would go at 7pm or something like that. Now, he has to go for March 1st.
Also apparently, K is missing. 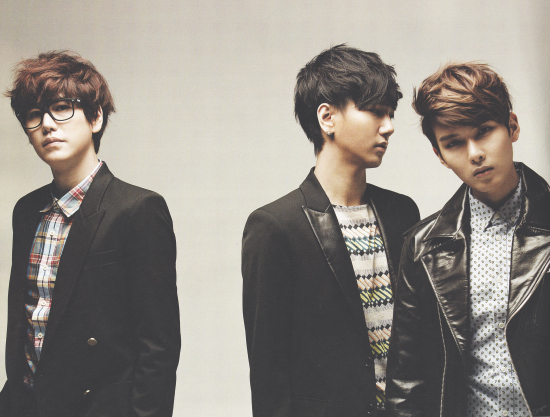 - Kyuhyun and Ryeowook says no plans yet for an album this year (it's a bit vague but OP hopes they mean the main group and not KRY ;____; )
- KRY describe moments when they miss Leeteuk
- Thoughts on the Japan single
- Kyu went skiing with Changmin & Jay Park + more on the "not dating" statement (which seems to have been overblown IMO)
- Ryeowook wants to form 'Ryeo-line' with Hyungsik, Sunggyu, EXO, Onew
- Yesung wants to act, thinks Siwon should show his real derpy self on variety shows

Currently it has been confirmed by Star News (They confirmed with various representatives in the music industry) on February 26 that YG Entertainment would push back the debut of the new girl group to after summer.

The man himself YG explained why YG Entertainment would be pushing back the debut of the girl group. He stated, “Originally we had planned the new girl group’s debut to be in early 2013, we even thought of January. However, due to the fact that Lee Hi, Kang Seung Yoon, G-Dragon, Taeyang, and 2NE1’s album release dates have now been confirmed, it was only natural that the girl group debut date would be pushed back.”

He continued, “We thought that it would be the right decision to release the new music for the waiting fans. When the YG Entertainment label singers have songs that they like, they will continue to release them throughout early 2013.”

YG then ended the interview with, “For these reasons that is why the new girl group’s debut has been pushed back. Although it has been delayed, we have more time now to prepare. They will now be able to debut in front of the fans, with even more uniqueness.”

(skip to 3:49 if you just want to watch VIXX dancing to I Got a Boy) I wish they had included more of their cover, but what we got to see was cute.

Source: AKP
wtf did you do to yo' face Jokwon

Is Sooyoung in a relationship?

It doesn’t seem long since her scandal with Won Bin broke out, and now she’s reported to be in a relationship with actor Jung Kyung Ho!

In the early morning of the 27th (KST), a photo allegedly of the front page of the Sports Seoulnewspaper came up online. The newspaper was dated February 27th, but as it is early morning in Korea, the newspaper will not have been distributed yet and no article has surfaced online.

According to what’s visible on the article, the pair have been dating since the beginning of the year, and went on dates in theaters as they talked about their careers.

Last year in September, Jung Kyung Ho had said that Sooyoung had been a big strength to him while he was in the army.

Variants of “Sooyoung” and “Jung Kyung Ho” are currently the trending topics on the Sportsseoul website.

EXO-K have been spending their free time doing charity work for child welfare agencies, and now, fans are able to see them in action for the worthy cause.

All six members of EXO-K arrived at the child welfare facility, Eden Iville, in Hawangsimnidong, Seoul on the 22nd. They helped entertain the children and clean the place up during their third visit to the facility.
( Collapse )

it's pretty looking but I was hoping for something a little more upbeat...

This is Yubin standing in front of the camera on the set of The Virus, asking you to love her: 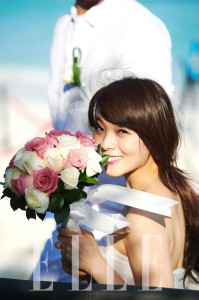 Yeeun's photos and fancams from The Three Musketeers! 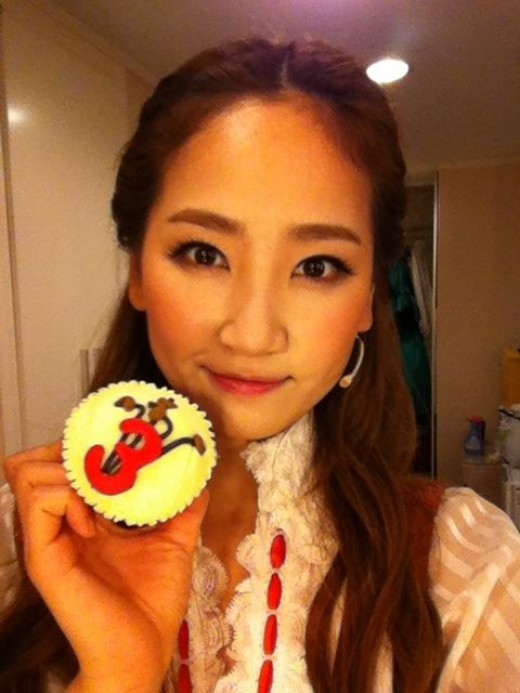 Wonder Girls’ Ye Eun revealed how she feels about the debut in the musical field.

On February 23, Ye Eun uploaded a picture on her Twitter with the caption, “The first musical has finally come to an end. Thank you dear fans and all of those who sent me cakes, pear juice, and flowers.”

She added, “Even though I made a few mistakes because I was very nervous, but I will improve more! Yenstance(Ye Eun+ Constance), Three Musketeers fighting!”

This post is for all the girls... all around the world (mostly

Sorry I probably made a bunch of mistakes since it is my first post, but we all could use some more Kookie in our lives~ 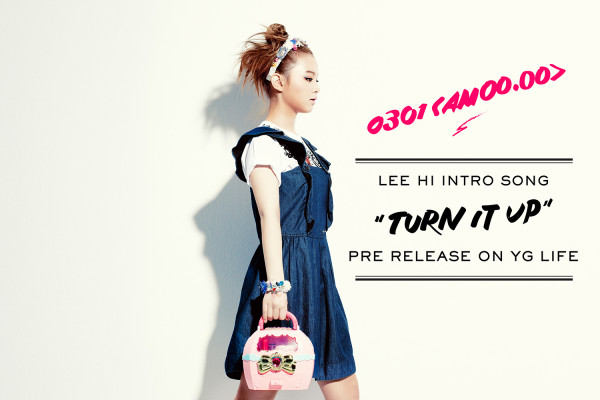 Lol they are qt.
Collapse