Gummy will be performing Snowflake on Inkigayo on March 3.

Snowflake was produced by Choi Kap Won, who previously made Baek Ji Young’s Don’t Forget Me for Iris.

The song will be playing in the drama, starting February 20.

[it first played in ep5 (last week)]The song was included in the now famous cotton candy scene between Jo In Sung and Song Hye Gyo.

watch this drama! LOEN released an "mv" for the song Yesung did so there may be another forthcoming.
I've seen the song's title 눈꽃 translated to both 'snowflake' and 'snow flower'?

On February 27, YG Entertainment announced that Se7en will be enlisting in the army in March to fulfill his two years of mandatory military services. “Se7en will personally share the exact date of enlistment to his fans at his concert.”

Once enlisted, Se7en will serve 21 months as an active duty soldier at a base in Uijeongbu.

Meanwhile, Se7en will be holding one last concert, Thank You on March 9 at the Seoul Center of Education and Culture.

“This will be Se7en’s first concert in Korea since 2007,” said YG Entertainment. “As it is a concert since a long time ago, Se7en has planned a variety of events for fans.”

*This article has be edited on February 27, 2013 at 10:33 PM to correct a factual error and the spelling error of ′receives.′ The concert will take place on March 9, not February 9.

Bae Doona about Jim Sturgess: “Jim Sturgess is a kind, considerate friend who is also very helpful. After some of our sessions shooting the film, we often hung out and had some soju together”. en.korea.com
Sturgess raves about co-star Bae Doona: "I didn't know who she was at first and so I was a bit nervous about meeting her", said Sturgess, reminiscing about the time they met for the first time in Berlin.
Despite his misgivings, Sturgess said that Bae won him over with her friendly nature. The Hollywood actor also added that language barrier was a concern for him from the get to.
"I was worried because we play lovers in the film and I wasn't sure how we'd be able to show chemistry when we couldn't communicate", Sturgess said.
Despite the language barrier the actor said that they used other modes of communication to portray the love between the two characters, humor being one of them.
After watching a collection of her work, Sturgess said that Bae was a colorful actor who was able to play a diverse range of roles. koreajoongangdaily

it's kinda confusing how he's shown playing piano yet the music is so messy and you start to wonder if the sound is right cause you can't hear the piano...

HIGHCUTmagazine
Most perfect 15sec ever tbh

Full BTS clip of the photoshoot

Actor and former ‘Come to Play‘ cast member Kim Eung Soo revealed that even the ‘nation’s MC’ suffered from his moments of melancholy, detailing the last few days of the ill-fated MBC talk program.
As a part of the show’s ‘True Man Show‘ segment, the actor was part of a cast that included not only Yoo Jae Suk, but Jay Park, Kim Won Hee, Eun Ji Won, and Kwon Oh Joong. “When we filmed the final episode, we didn’t know it would be the final episode,” he recalled sadly.
“I was participating in a play in Japan then,” he said. “I briefly went back to Korea to film, but that was the last time. The broadcast was getting more interesting, so it was even more baffling when it was canceled.”

The actor hadn’t received a call from the producers, he said. “I was confused that I found out about the cancellation through the Internet.”
Although the producers apologized later, the shock wouldn’t dissipate easily. “It defies common sense,” Kim Eung Soo said. “Not for us, but more so for the viewers. It’s been receiving love for eight years. How angry were the viewers when they turned on the TV and ‘Come to Play’ wasn’t there anymore? Programs can be canceled and replaced, but this is close to violence. If a program that I loved for eight years was replaced, I would’ve been very angry.”
Kim Eung Soo also mentioned that he holds no grudges against the producers. “What crime have they committed?” he said, directing his anger towards the higher-ups. “A group with that kind of thinking is dangerous.”

“We held a party later,” he continued. “The producer, Shin Jung Soo, said everything was his fault, from the poor ratings to the eventual cancellation, but it wasn’t because of him.”

“Yoo Jae Suk was very shocked as well,” he said. “He was also very sorry towards me. Since the ‘True Man Show’ was a response to the falling ratings, we believed that we needed to wait and watch for one year at least. At the very beginning, we needed time to create a concept. We were beginning to see a path forward and had confidence.”
“He has a very well-anchored frame of mind,” he said. “It was thanks to him that ‘Come to Play’ became so fun. The program had been a part of MBC for eight years. That’s not the way you’re supposed to treat that kind of program.” 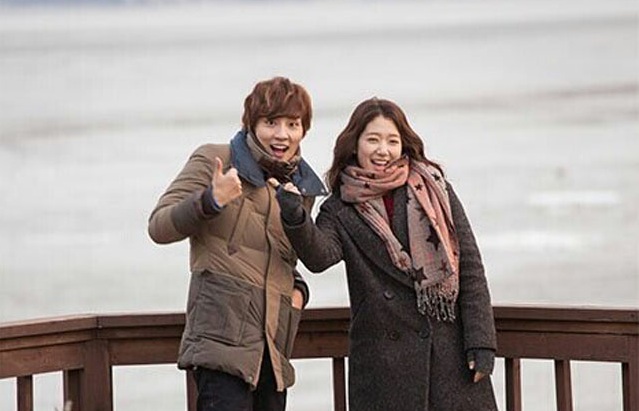 Watch all the episodes at DramaFever

Looks like Seo In Young and her ‘Get It Beauty‘ has some competition in the making as another sexy diva is about to take her shot at hosting a beauty talk show!

Son Dam Bi and former After School leader Kahi, who are known to be close friends, will be putting their teamwork on display as they make their main MC debuts through MBC Music‘s ‘Son Dam Bi’s Beautiful Days‘.

Translation and Subbing by hongo@icarus-walks.net
Have any Questions? You can ask us on twitter /want updates on Epik High on twitter : @icaruswalksnet //  visit the international epik high forum icarus-walks.net! 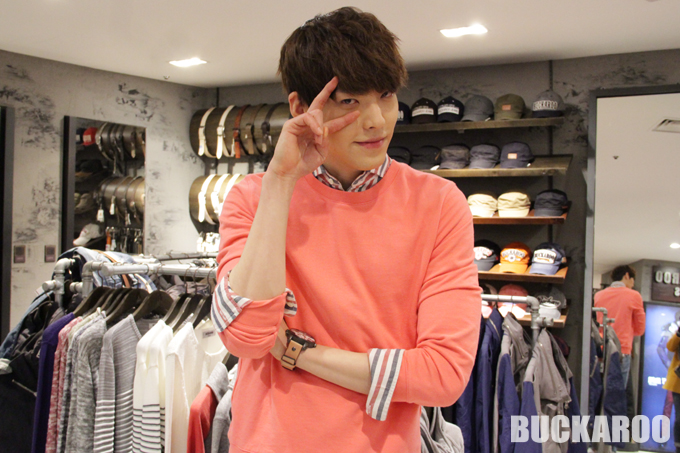 I am so flippin' happy to have some sort of teaser for the comeback because NH Media has been totally sucking at their usual promos this time around. Where is a MV teaser, concept photos, track list, news articles, something - anything? U-Kiss really could use that considering who's promoting now and this is a full length album.

So I'm thinking it's some sort if dual concept, and I like what I've heard so far. There is a lot they can do with a song titled Collage. (NH MEDIA, HOW COME THIS IS THE FIRST I'M HEARING OF IT?)

( Collapse )
You can find the originally released photos here.