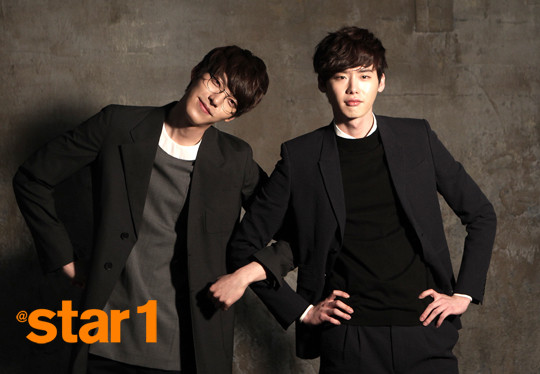 Cube Entertainment told allkpop that G.NA will be releasing her fourth mini-album on March 14th. The as yet untitled mini will feature G.NA’s alluring style as well as beautiful and upgraded vocals. This time G.NA intends to tackle a variety of genres for a more mature sound.

Moreover, another charismatic soloist, Kahi, will also be making a comeback soon adding to the anticipation.

What’s your favorite aspect of the new teaser?

She better bring it this time around... "Bloom" was so mediocre imo, she can do so much better.

I don't know why I thought he'd already done his military service. That means he'll have to go very soon T_T

I posted this picture before. I noticed there was some bad photoshop going on with Kiseop's feet. Why are there Converse? I think it's a mistake because things were rushed. :( I hope that's not indicative of the rest of the comeback.

Sorry I messed up last time mods. I think I was over excited. lol

A yellow tube dress and a gold flower necklace all from Dior, shorts and a black American apparel, lace stockings from Agent Provocateur, black shoes from Shoes One.

Giving a musician the ‘idol’ tag from its birth is something cruel. Nevermind, because to Heo Gayoon time is a medicine. As time goes by, she grows wiser, stronger and even more beautiful than she already was. And the fourth spring which welcomes her return on stage, is on its way…

Some idol groups whose names were lost in the confusion, entered the music scene without really knowing what to do, and eventually got lost in the midst of doing so. In a situation where the market was already saturated. It was at that time that 4minute appeared, on that same scene, with the hit song that was then known as “Hot Issue.” Not too young to be sexy, it was in a climate of nosy comments and concerns that Hyunah showed off her sexiness. And that’s how the term ‘4minute = Hyunah’ officially got stuck in people’s minds, and Heo Gayoon returned through the two-member sub-unit, 2YOON. Escaping a packed schedule for a late night photo shoot, walking in small and quick steps, brightly smiling after having arrived at the studio, before the camera, there she stands. Her gaze changed as soon as the shutter’s sound was heard. She doesn’t look forced, she is beautiful and looks exactly her age, while being mature. The twenty-year old girl who debuted has now become a twenty-four year old woman.

It’s almost been 5 years since her debut. Even more time has passed since her trainee days. Having auditioned and been cast by chance, her life as a trainee started when she was fourteen years old. At the time, she moved from an agency to another a lot.

This needs more Eli. The preview for episode 9... rotflmao Kevin is so...uniquely himself I don't know what to say.

Here's another upload just in case. It's a really lovely video. The song isn't spectacular but it's pretty.

‘Dancing With the Stars‘ has come back for a third season and has made sure to recruit another cast of celebrities from a variety of fields!

1. It hadn't been that long since celebrity couple A and B revealed that they were dating before they broke up. The reason for the break up is said to be because of a 'certain video'. B used to live with an official in her agency before she began dating A, but once they started their relationship, she left her company to be with him until B discovered a video that she had recorded with the official she lived with. Although the rest of the industry doesn't know for sure whether a video really does exist, we believe that it did play a big part in their break up.

2. There are a lot of celebrities who are using the church as a secret date location. G and H, hot rising stars in the industry today, are also one such couple. G is a Christian while H is Catholic and the two got to know each other after their debut thanks to their religions and shared interests. Instead of going out on dates together, they're said to spend their time worshiping at church. Whether or not they're really a couple will only be known by God, right?
( Collapse )
Entertainment Radar + Off the Record | Netizenbuzz

Aw, it’s Ke-geum-ie! It’s going to take me a while before I stop seeing Yoon Shi-yoon as his Flower Boy Next Door character, not that I ever want to. He really took adorable to new heights in that role. The show might’ve fallen short in the end, but it did leave some memorable characters behind, and Yoon Shi-yoon’s Enrique really takes the cake. (The quirky, oddly-shaped toothache-inducing cake, but who cares about that in the face of this much Cute?) Here he is in a spread for CeCi Campus, looking as impish as ever and playing up the charm.

The Exo support group is taking members, you are not alone, just remember that. You will get through this. There's also Chocolat and a possible 4minute comeback. So you excited Omona? 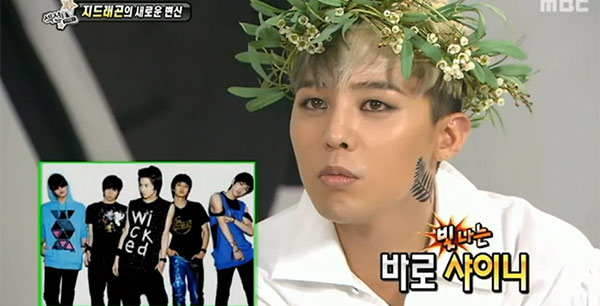 The March 1st broadcast of ‘Section TV’ featured G-Dragon working on the set of filming for the cosmetics company, The Saem. During the interview, G-Dragon was asked, “How do you feel when you see new groups debut?” to which he responded, “I see a lot of hoobaes lately who are young and very good, and all I can do is keep saying ‘ah~’ in awe.” He also alluded to that he’s getting older as he stated, “When we have a Big Bang tour, around the middle of the tour I get really tired. I have to work out.”

On March 4, Block B‘s agency Stardom Entertainment opened a temporary website to release their official statement regarding the ongoing lawsuit between the company and members of Block B. The official statement begins with, “We have come up with this website to respond to all the rumors correctly. We will make updates about the progress of the case accordingly.”

This website discusses all major suspicions raised against Stardom Entertainment under various subsections. These subsections are: “Suspicions of outside pressure in the Thailand case,” “Payment for Block B after debut,” “Difference between live music show and other paid events,” “Personal expenses during promotion,” “Swindling Block B out of money,” “‘Nilili Mambo’ outfits,” “Overseas promotion without a manager,” “Expenses for launching the fan club,” “De facto power and influence,” and “A few words regarding this case.”

In this statement, Stardom Entertainment argue, “We have decided that the members of Block B are merely puppets in this case and there is someone behind all this. We believe that these people have come up with the scheme. We understand that the list of facts we have explained are unfamiliar to the members of Block B. That is because they weren’t given the appropriate information, because of the people of ‘hidden influences’ trying to control the whole situation.”

Stardom added, “We must know that this unjust lawsuit is likely to have a deleterious effect on members of Block B and their career than on this anonymous ‘de facto power.’ The results of this lawsuit might mean nothing more than a large some of money and satisfaction for their insatiable greed to these people, but it would affect the future of members of Block B.” 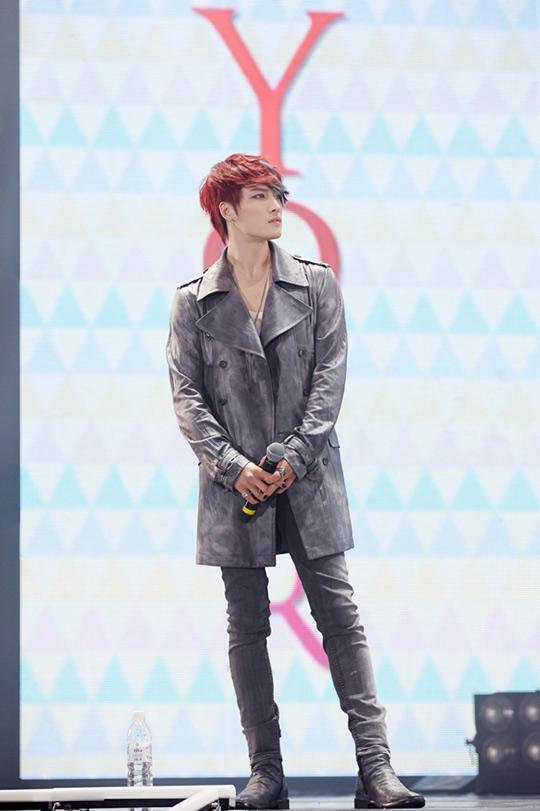 JYJ‘s Jaejoong is continuing his success around the globe and now he’s a hit in Germany!

Jaejoong has swept the charts all over the world with “Mine“. His music video was #1 on the Chinese video site Yinyuetai for 4 straight weeks, setting a record for male solos. His “One Kiss” had also ranked on the top of various iTunes rock charts, managed to rank #2 on the Billboard World Albums chart, and had swept #1 on various album charts in Taiwan and Japan.

He’s now moved on from Asia into Europe! “Mine” ranked #1 for February on the Germany Asian Music Chart even though it’s been nearly two months since the song was released.

Note/ I wonder what he is so deep in thought about?

Fancams of Big Bang performing at the Samsung Blue Festival in Nanjing, China (all compiled in a nice youtube playlist).

And awesome HQ photos under the cut ---

More photos available at the sources.

Hope you're having a great day/night Omona! ;)

Sources: Some sources/pictures are as tagged on photos. Playlist by YGfan25 @ Youtube, Someday, Big Bang Updates 1 & 2