I'm still pressed at YG for this.

“UKISS, Sorry for the international promotions… Plans for a sub-unit?” 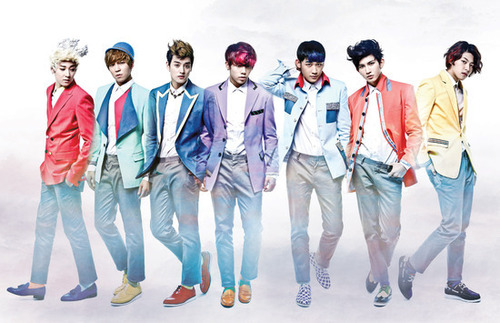 Idol group UKISS has finally made a comeback after a year and a half. As the youngest member Dongho officially became of age, all members have now entered their 20’s, and can now “comfortably” showcase sexier concepts.

March 7th UKISS revealed their 3rd full album, ‘Collage.” The title song, ‘Standing Still,’ is of progressive house style is a music genre that has never been introduced to Korea before. Through impressive body waves and dance moves full of emotion to the fingertip, this song portrays a man’s sincere confession towards his lover.

AOA‘s Yuna has been cast as the female lead in musical ‘Summer Snow‘!

Yuna is the keyboard and vocalist of AOA, and she’s gained a lot of attention for her cover of CNBLUE‘s “I’m Sorry“. She’ll continue to impress not only with her singing this time around, but acting as well, taking on a musical.

Her character Sul Hee has a heart disease and she lives only with her father, but she is an optimistic, bright character. She’ll have a love line with the two characters Jin Ha and Jae Yeok. Since many idols have been cast for this musical, she’ll be working alongside F.T. Island‘s Seunghyun, Super Junior‘s Sungmin, Supernova‘s Sungje, U-KISS‘s Kevin and Soohyun, and SS501‘s Heo Young Saeng.

The musical will raise its curtains in April in Osaka. 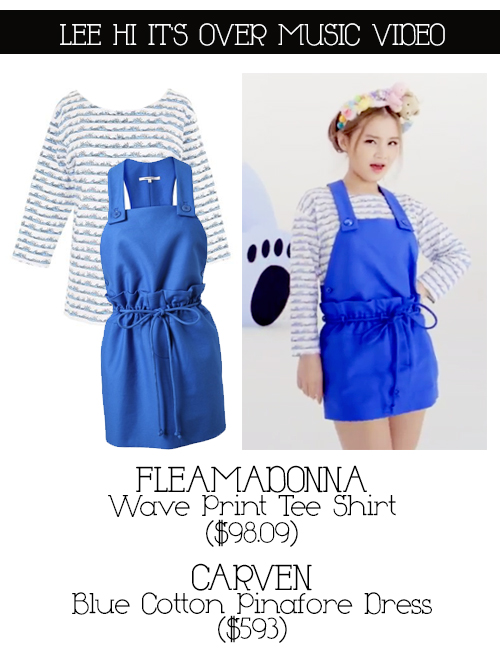 Source: http://flyhayi.com/ and http://ukleehi.wordpress.com
Direct links to pictures 1, 2, 3, 4, and accessories.

I saw those fashion pictures on my Tumblr newsfeed and I thought Omona could be interested, since there were already many posts on fashion, and I tried to find more :) I hope it's ok with the sources ; I checked everything they said on the internet and add links whenever I could.
I'm dying for the TopShop one, but I'm not sure I'll be able to wear it in real life. And you, what is your favourite outfit ?

DMTN‘s Daniel is in some trouble.

An arrest warrant has been issued against the idol for the sale and use of marijuana. According to various news sources, the Seoul Metropolitan Police Agency’s narcotics division filed the warrant this past 8th.

The report states that Daniel is under suspicion of repeated marijuana use from September to December of 2012. DMTN’s agency stated on the 12th, “The situation is more complicated than what the report states.We’ll give you a detailed explanation later on.”

Interesting news to wake up to.

All in english,I could listen to them all day!

Re9410
Suzy seems very close to Lee Yubi! Cute!
This video has sparked a bit of a "controversy". Because apparently Lee Yeon Hee arrived late and she's the only one not clapping and barely bowed. (Don't hate the messenger!) 1 + 2 + 3
Anyway I can't wait! 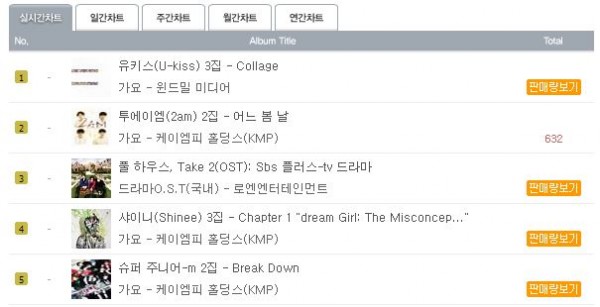 U-KISS has ranked #1 on the Hanteo real-time chart with ‘Collage‘!

The boys have come back with the title track “Standing Still“, written by Ryan Jhun. The album contains other fun tracks such as Kevin‘s solo “My Reason“, Eli and AJ‘s “Party All the Time“, and Soohyun and Hoon‘s “More Painful than Pain“.

The Hanteo charts only counts physical album sales, but hopefully
this can be a good springboard for the boys to win on one of the music
shows this time around!

photo before the cut looks like they're advertising gundam outfits LOL can some group's next concept actually be gundam, sailor moon, pokemon, etc

Source: gnaoffical
this is totally not her title song except maybe the last part, it sounds like something she would sing. imo her songs have been shit since B&W

Minho is known for his chic and charismatic image, but fellow SHINee member Key reveals there is more to Minho than meets the eye.

On the upcoming episode of ‘SHINee’s Wonderful Day‘, fans will get to see what Minho and Key are really like as they go on their vacation in London together.

During the trip, Minho especially caught the eyes of women with his model-like looks, tall height, and good manners. He also succumbed to Key’s wishes of going skating together, showing how nice Minho really is.
( Collapse )
Source: Allkpop

*turn on captions for eng subs*

Lee Jung-jae has been embroiled in controversy since his remarks during a recent interview with a local magazine triggered speculation that late creative director Woo Jong-wan was gay.

In an excerpt of the interview that Vogue Korea disclosed on its Web site last week, the 39-year-old actor, who was a close friend of Woo’s, talked about a friend who he only identified as “Y.”

“A while ago, Y left for heaven,” Lee said in the interview. “[Before he died,] I said to Y, ‘You should stop being gay. Haven’t you been that way enough?’ But it was not easy.”

That set the blogosphere astir with guessing the identity of Y. Many speculated that it was Woo, 46, who was found dead in an apparent suicide at his home in Seoul in September.

Woo’s sexual orientation had rarely come to the surface before his death, although there was a rumor that he was gay. Some bloggers criticized Lee for “outing” the dead friend. Lee himself had also long been the subject of rumors that he was gay, which he has denied.