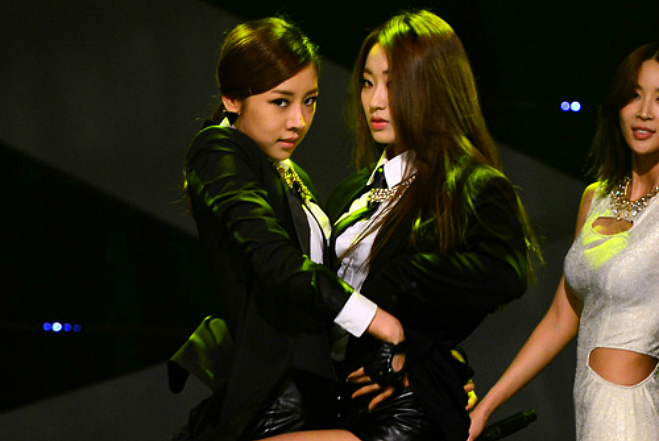 Nine Muses has a megahit on their hands with their latest single “Dolls,” marking the first time a song of theirs has reached the Top 20. Now, two months later, the song still sits among the Top 50 with no signs of going anywhere. To keep people talking, the girls appeared on M! Countdown, where their performance turned heads, with their two rookie members, Sungah and Kyungri, getting a little seductive during the dance break. Just a bit of innocent touching, the dance stopped short of anything that could be called controversial. Still, it’s definitely gotten people talking.

U-KISS, TEEN TOP And INFINITE Open Google+ Global Fan Communities
Fans around the world, this is your chance to get close to your favorite idols!

Google+ has teamed up with U-KISS, TEEN TOP and INFINITE to create special Global Fan Communities for the groups and their fans! Through these communities you can share pictures and videos with other fans, while also sharing news on the group! U-KISS, TEEN TOP and INFINITE will also be choosing some of the most active fans to join them in a special Hang Out event through Google+.

If you would like to join TEEN TOP’s Fan Community, you can do so here.

Finally, INSPIRITS from Korea, other parts of Asia, America, Europe, Africa and Oceania please click on your respective locations to go to your specific Fan Communities.

Once you have joined, make a post using the hashtag #biggest_______fan (insert Ukiss, TeenTop or Infinite in that blank!) and attach a photo of you with the merchandise you have that pertains to that particular group. In the same post, write your name, nationality and why you love that group!

In mid-April, the biggest fans for each group will be announced. Good luck!

Google is really reacting out now. Using Kpop is an interesting marketing strategy I guess.
Good job Woolim for have communites for fans everywhere! Every Continent is represented. Does that mean good things if there ever was a world tour? lol Maybe.
I guess I need to be more active on my account now. lol I only created it to have a single hangout with my friend about Junsu's MV last summer. 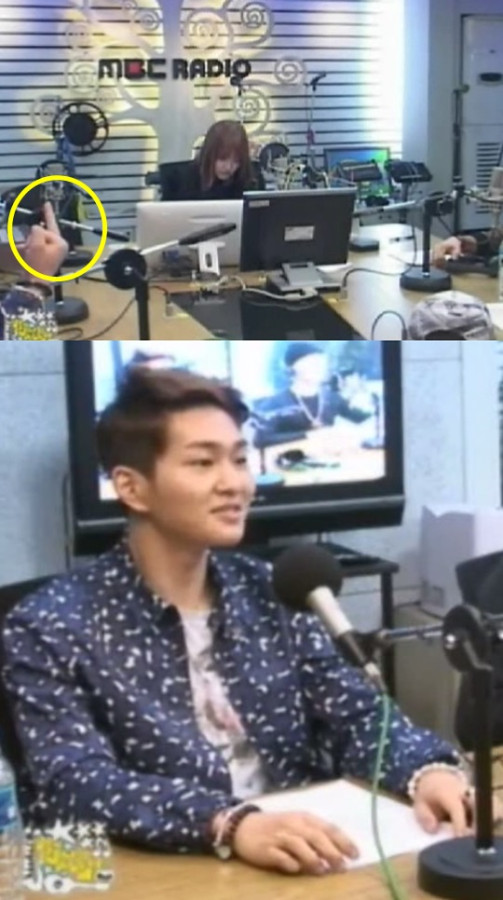 As hilarious as I find this, it was pretty dumb of him to do this during a recording. 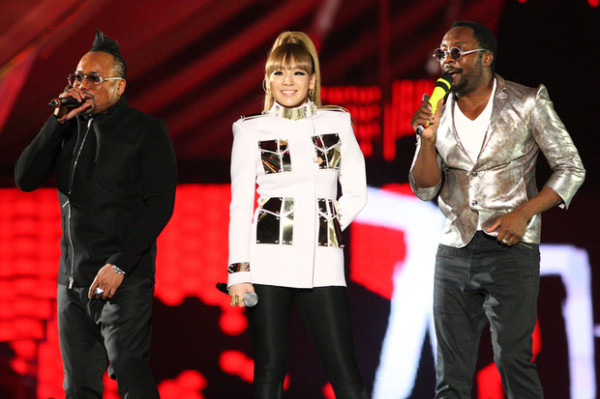 With a huge hit featuring Britney Spears and his latest single alongside Justin Bieber, will.i.am is finally ready to unleash his long-awaited solo album. And if the guest features are anything to go by, it will be worth the wait.

#willpower, the Black Eyed Peas frontman’s fourth solo album will arrive April 23. It will, of course, feature "Scream & Shout", his Spears collab, and "#thatPOWER" the Bieber feature. Diddy, Lil Wayne, Waka Flocka Flame and Hit-Boy—who all appear on the "Scream & Shout" remix—will also appear, most likely, via the remix.

The rapper boasts an impressive lineup on the album, including Chris Brown, Miley Cyrus, Skylar Grey, Juicy J and Eva Simons. He'll also reunite with BEP member apl.de.ap on a track—though no Fergie or Taboo.

Eight-year-old rapper Baby Kaely, who joined up with will.i.am for a tribute to the Sandy Hook Elementary shooting, is also featured, along with popular K-pop act 2NE1. Will's rumored to be producing the latter outfit’s debut English album and this may be the first taste of what’s to come.

Job well done, Will. We’re definitely intrigued to see what you’ve cooked up this time.

I guess this is better than nothing, no? 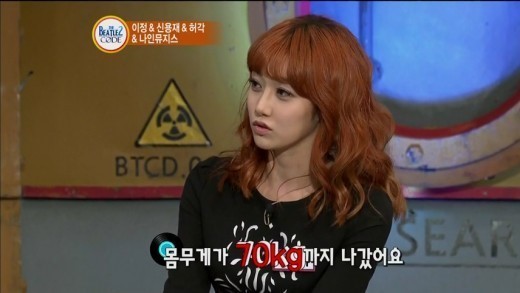 Today on Mnet “Beatles Code 2,” Nine Muses Sera appeared as a guest and revealed her story about her weight.

She stated that when she went overseas to Canada for school, she used eating as a way to relieve her stress.
She stated, “I could eat a whole box of pizza myself. Suddenly I found myself to be 70 kg. Later, there was a boy I liked and he didn't give me an answer when I confessed that I liked him.”

Later she found out that the boy did not like her because of her weight. This became her motivation to lose weight.
The MC’s stated that the boy would probably be regretting his decision now, in which Sera commented, “I hope so.”

today is a nine muses day

A court in Seoul has ruled that transsexual South Koreans can amend their gender on official documents without having to go through genital-altering surgery, Korea Times reports.

Five transsexual people filed the case in a district court. One of the five, a trans man, said he had had a hysterectomy but felt that there are medical problems that arise from removing sex organs. He has been living as a man for 23 years.

There are only a few countries that legally allow transgender people to change their gender on official documents without undergoing sex organ surgery, including the UK.

Trans women experience some visibility in South Korea, for example popstar Harisu has enjoyed a successful career and been openly trans and a trans model was featured on TV show Korea's Next Top Model last year.

But a commissioned TV talkshow XY That Girl that planned to discuss transgender issues every week was axed after the first episode due to protest from social conservatives.

Leo actually speaks to the camera in Vixx TV. Only for their fans <3

These were released as B-side tracks for their latest single Bunny Style!

Love them! Jiyeon's is my favorite. I'm not really feeling Hyomin and Qri's solo songs...

Edit: Replaced the links that were taken down from YouTube with SoundSloud links

Rain is once again on the chopping block as he has been sued for an issue in the past. An investor named ‘Lee’ has filed against the singer as well as 3 others who were part of J.Tune Creative, requesting 2 billion KRW (approximately $1.8 million USD)

For those of you who aren’t familiar with the issue, Rain and the executives of the company he headed at the time, J.Tune Creative, were sued back in 2010 for embezzling the funds of this said investor, after receiving investment for a fashion company. Rain was found not guilty during the initial court ruling, while the other executives in the lawsuit were found guilty of some of their charges. However, in 2011, the court ruled that a re-investigation is needed and opened up the case again.

This lawsuit comes after the case was opened up for re-investigation, and investor Lee is asking for his initial investment sum of 2 billion KRW to be returned to him, stating through his lawsuit, “In January 2008, J.Tune Creative’s director ‘Kang’ approached me because he was seeking advice for the fashion industry. He suggested that we run the fashion company together and trust in Rain’s popularity. I invested 2 billion KRW.”

Did the members of 2NE1 get matching tattoos?

CL captioned the photo with, “Destiny“. The girls will celebrate their 4th year anniversary soon, and “Destiny” could also allude to their comeback album.

Some of the marks seem a little too faded to be real tattoos, but still it’s a sweet move for the girls. Which suit do you think belongs to which member?

She was a guest on the March 19 episode of ‘Incarnation‘, where she talked about how to leave a lasting impression for a first meeting. She explained, “While I was a radio DJ, a rookie girl group came on the show as guests. Usually, rookies work really hard and they’re filled with motivation, and we have a really happy mood. When that happens, us DJs also want to do something for them and work really hard. But the people who came out that day were not only doing things half-heartedly, they were extremely rude.”

netizens are saying the girl group could be T-ARA (welp), Dal Shabet or even Nine Muses.
Omona, what's your choice?

Super Junior chose Sungmin as the member with the cutest butt!

If you thought it would be weird for ‘Section TV‘ to ask Super Junior who had the cutest butt, you aren’t alone. The original question asked the members to choose the member with the best body, which they all chose Siwon.

I agree with this, I mean:

Omona, shall we turn this into a

It's been a long time. Three men with hearts that beat to get back onstage, but who have faced problems that couldn't have been predicted while trying to live, these last three years have clearly been overly harsh to them. So it's nice to meet you. Epik High, who released their 7th album for their 9-year anniversary, have an electrically charged energy. The thing that idols couldn’t live without in this 21st century is variety. Since sometime ago, idol groups started existing in various variety programs, an attempt to be closer to the public eyes. The first generation of variety-dol was Jokwon, followed with KwangHee as the second generation, and today, there are two people who are fighting neck to neck with the title. They are none other than BTOB’s Lee MinHyuk and Jung IlHoon. 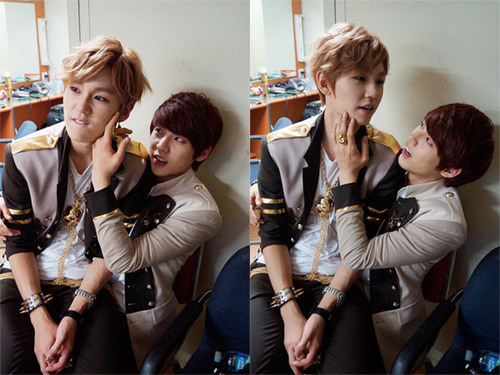 SHINee’s youngest, legal of age, became tipsy in front of the camera. 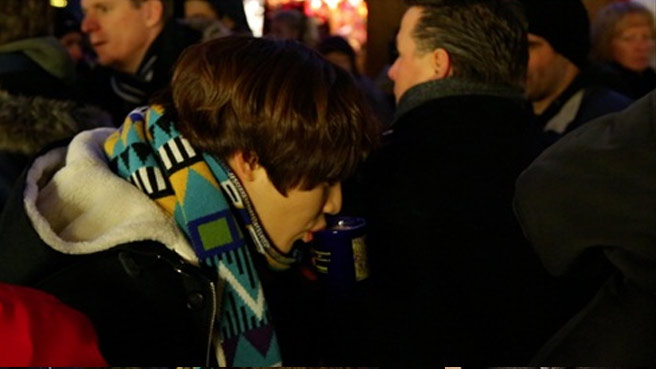 This is too adorable. Either he's exagerating, had more to drunk then what was shown or is a true lightweight, lol.

At a fan signing, an anti passed leader N a post-it that said, "Hakyeon-ah, do your parents know that manslut is your nickname? Respond quietly in case Hongbin hears."

This makes me sad and angry :/ And if I was at that fansigning... I'd probably get us both kicked out or something, idek

What do you guys think?