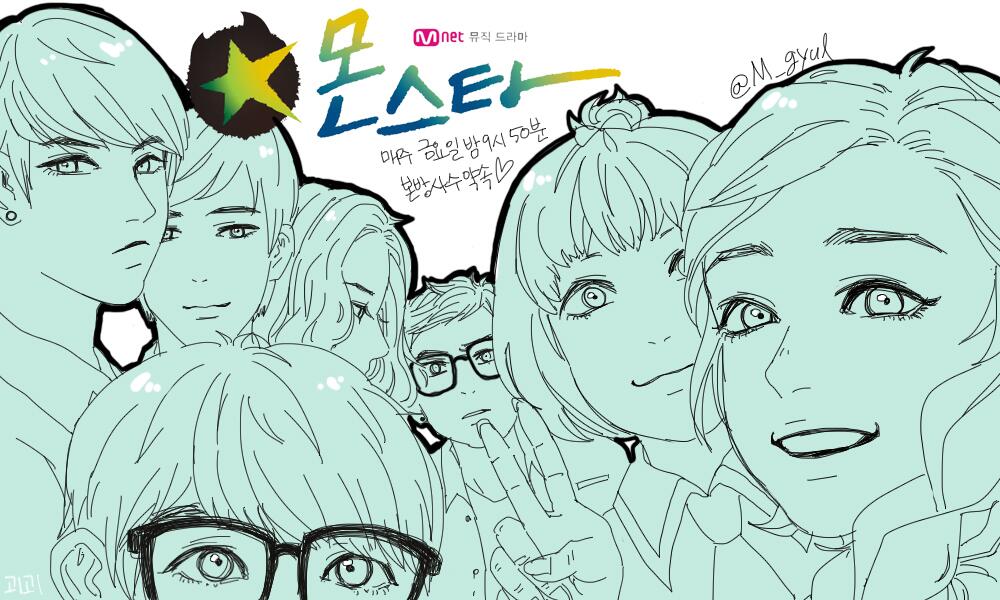 [vids and other updates]
new osts

no one cares for all for one

nana and seo woo's self cam 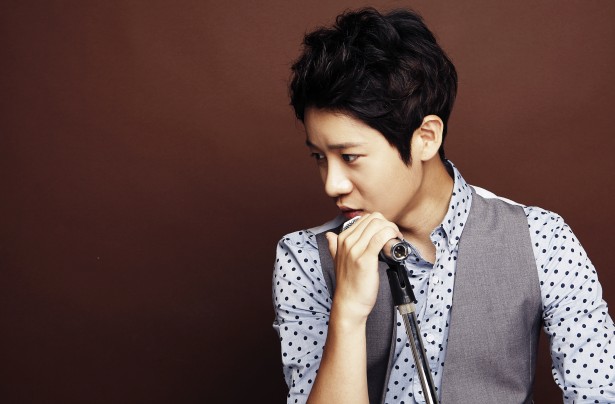 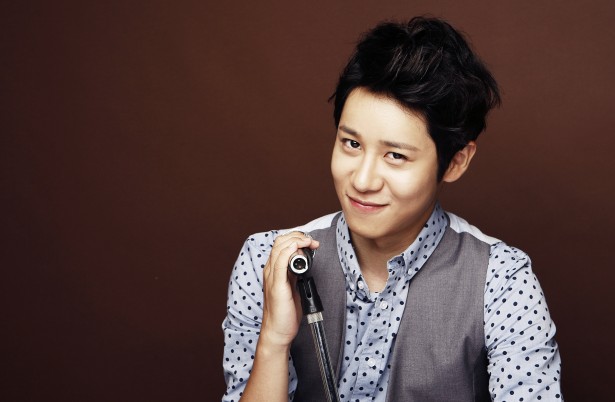 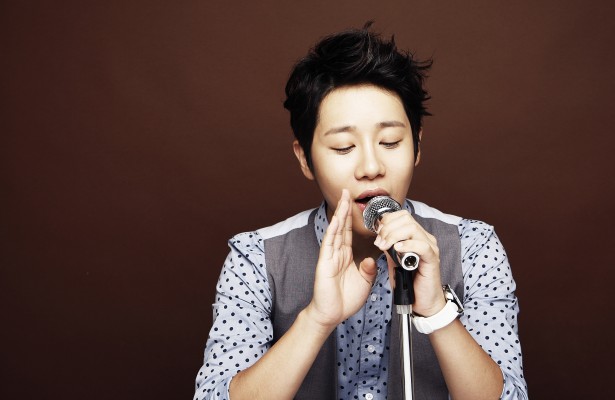 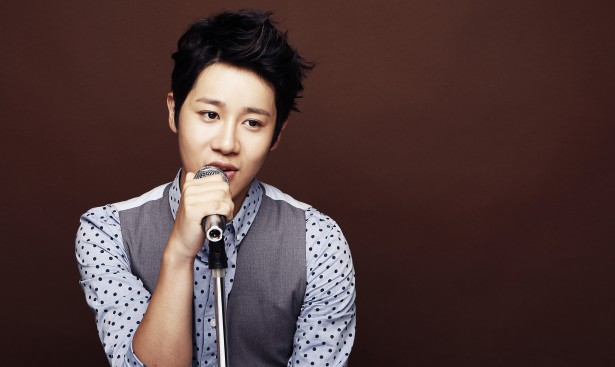 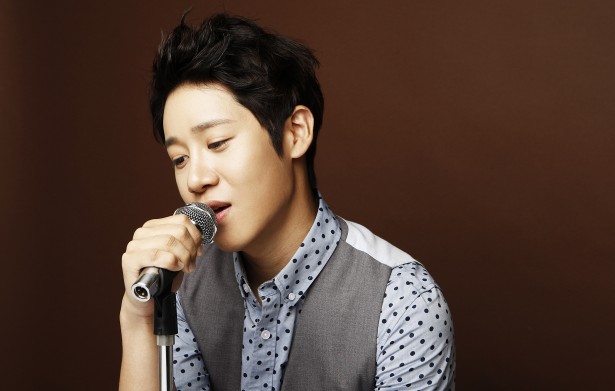 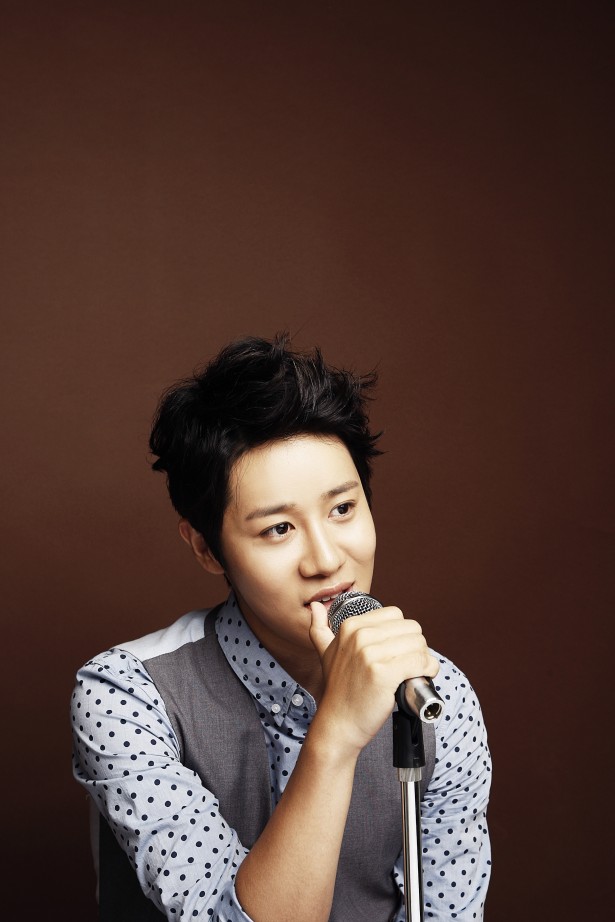 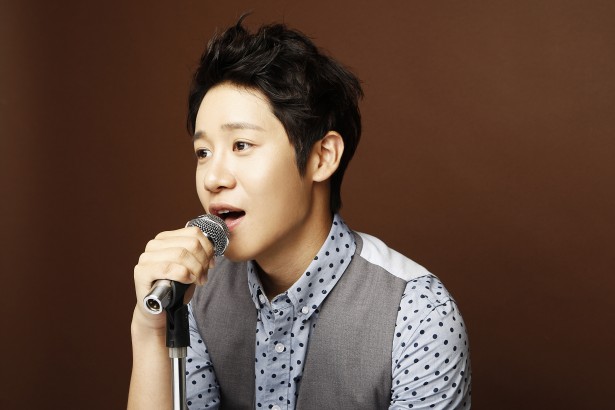 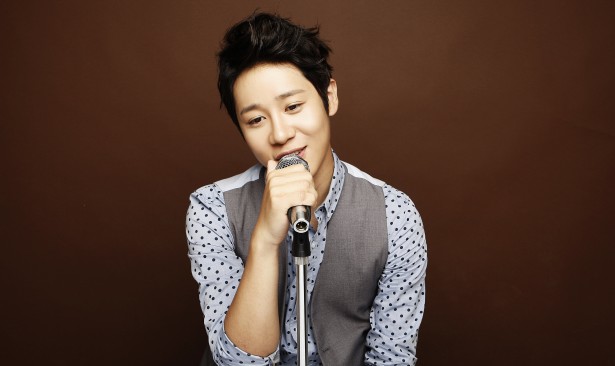 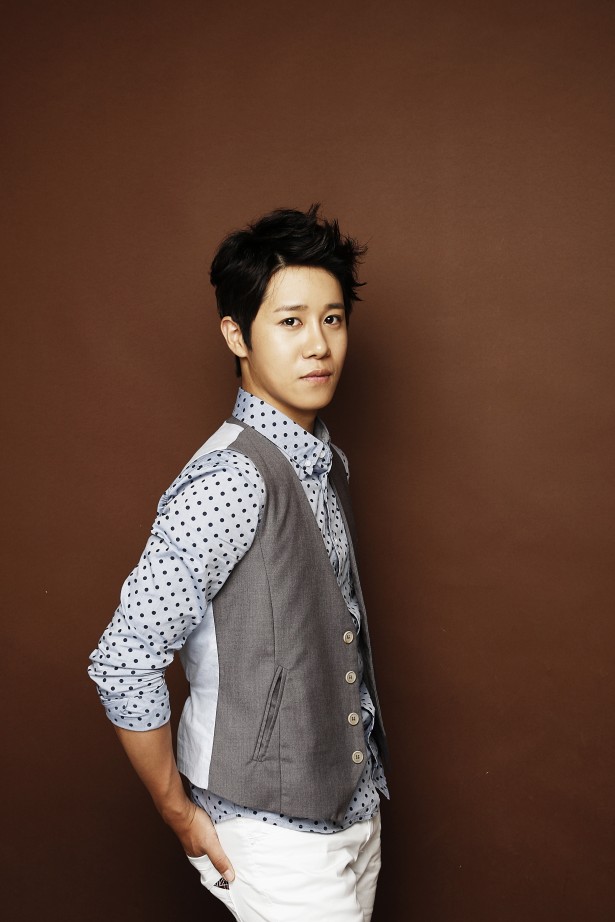 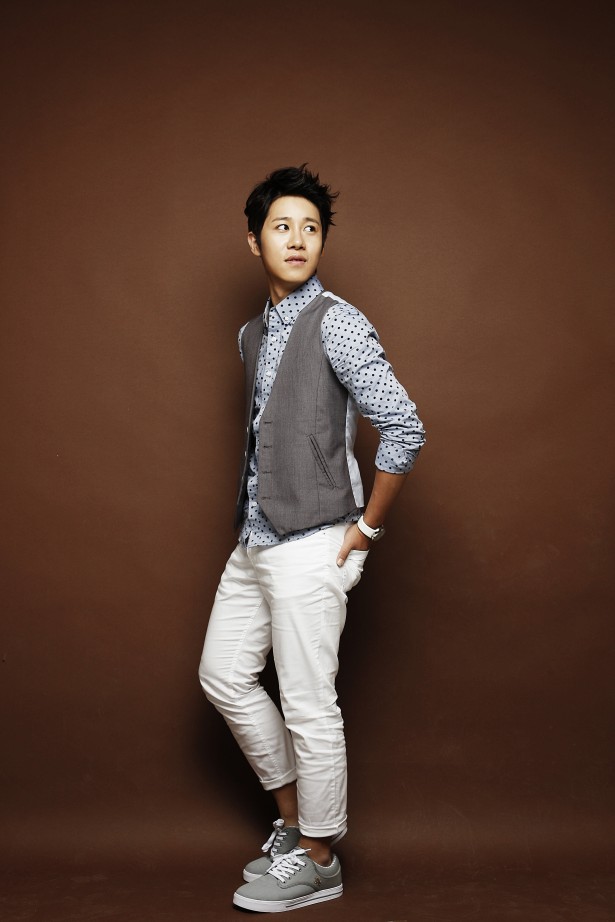 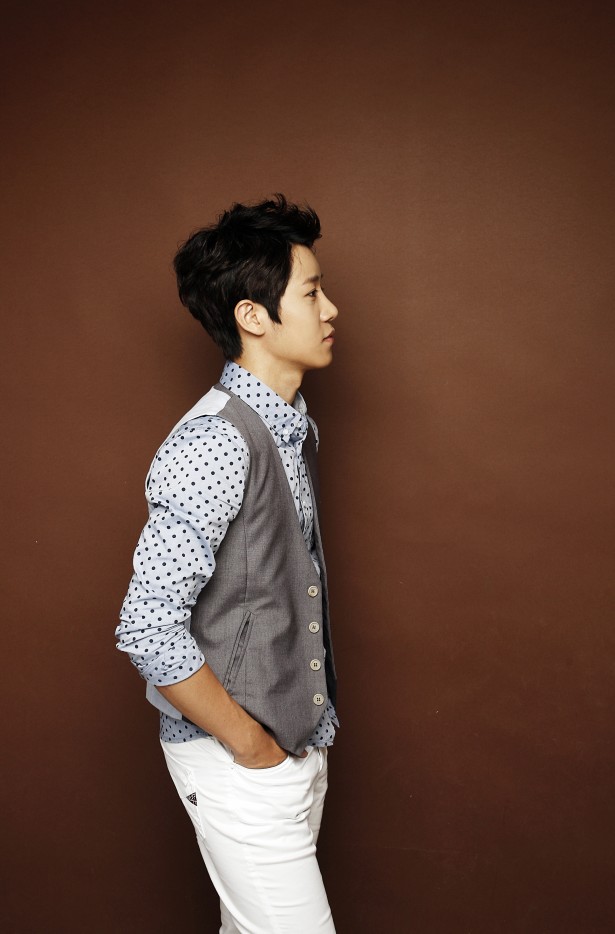 i'm sorry for not making a discussion post last week, i got busy with uni plus family problems :(

The video was posted on Yongguk's vine MBLAQ collaborated with Lazy Bone and MBC Music to conduct a guerilla concert.
There are some conversations in Korean but mostly them singing to their songs.
Also, Lazy Bone is the band singing and playing with them
Songs:
You Knew 2:20 (Reggae ish Ver)
Smoky Girl 15:50 (Slow and band ver)
Mona Lisa 21:00 (Acoustich ish/Band ver)
This is War 26:33 (Band/Rockish Ver)

I LOVE THIS SO MUCH! I have been waiting for a long time for MBLAQ to have their songs in different versions. This is PURRFECT! Thunder improved so much in terms of singing live I wish I was there to jump and scream! 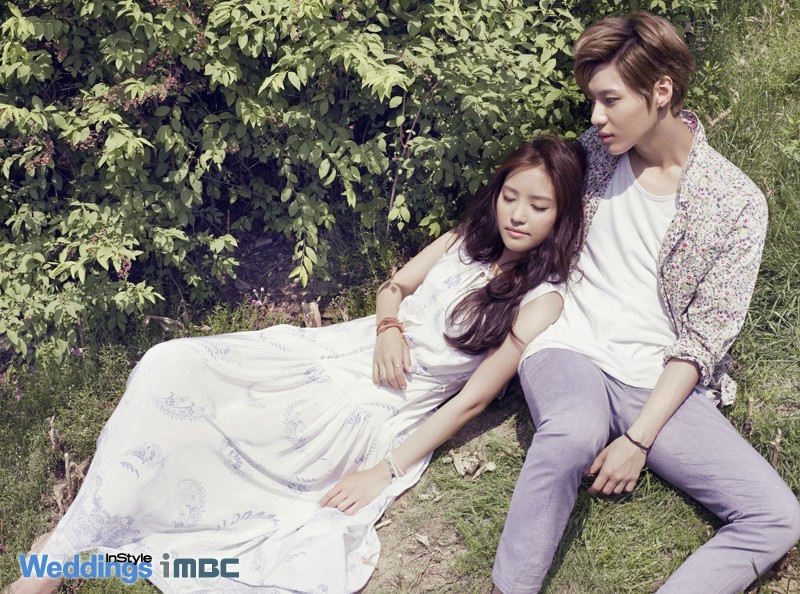 This performance was everything I have ever wanted. It was flawless ;A;

(Mods, please ignore my previous submission, I forgot to add the source. Sorry, it was my first time posting. Thank you <3)

Let's find out about girl group sponsors. As you all know by now, they're extremely rich men! They have enough wealth and power to work some back stringers that can get people onto TV shows and such. They have hundreds of thousands in wealth, and most are personal businessmen, own real estate, or are just flat out chaebols.

These days, sponsors and celebrities will enter into a written contract for a specified period of time where they'll provide what each other needs. There are even sponsors that can help bring in more connections.
When new groups debut, it's usually only one member that receives the spotlight. That's been the trend of the industry for a while now. There's one group where one member in particular has unrivaled popularity in CF and acting offers - let's call her 'A'.
( Collapse )
source: netizenbuzz via instiz
Who do you think the journalist is talking about? Some people said BEG for the first story I think, but I don't know much about them so not sure D:

Girl's Day finally snagged their first #1 ever on a music show.

The July 7 episode of SBS' 'Inkigayo' had been canceled because of the tragic Asiana Airlines crash, and the girls were belatedly told about their win for the week. After tallying the Weekly Chart points, Girl's Day won over SISTAR's "Give It To Me" and Lee Seung Chul's "My Love" for the episode.

Their label DreamT Entertainment said, "We were informed about their win on the 7th, but the members were still feeling sad about the Asiana incident. SBS' 'Inkigayo' revealed the results on their homepage on the 8th, so we're announcing our win today."

RaNia is set to begin a whirlwind promotional tour that will take them to at least seven countries.

In a recent update on their Facebook, RaNia reports that they will visit Cambodia on July 11th for four days, then China at the end of July. After that they will promote in Thailand, the Philippines, Vietnam, Laos, and Indonesia. Lastly, they will attend the 'I Love K-pop Concert in Chile' in September.

While in Cambodia RaNia will visit the same orphanage where Angelina Jolie adopted her son, for charity work. They will perform on Bayon TV and even meet the Prime Minister's daughter, who specifically invited them to visit the country.

Of the American advancement RaNia explains, "We have been discussing for a long time with members of Rania and management companies in the U.S and decided to postpone our promotion in the U.S. The reason we decided to delay is because we felt that they are not ready for it now in terms of language and some other stuff."

They continue, "U.S. market is one of the largest and the most competitive in the world so that we strongly felt that we should be more prepared. By delaying it, Rania can improve their language skills so that they could communicate with people more fluently than now."

Since the group has already signed a contract with MTV, DR Media does believe the advancement will happen, it is just currently delayed.

A 16-year-old who crudely photoshopped Suzy and J.Y. Park onto a sexual and demeaning image has been arrested by the police.

The photo was uploaded onto the Ilgan Best community (IlBe) back in December 24, along with a photoshopped image of former president Roh Moo Hyun. The image shows the former president telling Suzy, "Turn into a cat", and hypnotizes her. In the photo, she turns into a cat and performs sexual acts with J.Y. Park.

Suzy had previously suffered a similar act also back in December when a netizen took photos of himself 'engaging in sexual acts' with a full-body photo of Suzy. However, the netizen apologized profusely both to Suzy and her family, and JYP Entertainment had cancelled all legal action against him.

On the 16-year-old, JYP Entertainment said, "We'll decide what to do after reviewing the police investigation."

Source: Money Today via Nate, My Daily via Nate + akp

The member clips are basically photo montages, but everything else is adorable and goofy

that poster is bad. this whole idea is bad.

Apparently there is a bit of an uproar about this because the album was leaked and the company was trying to get the tracks taken down, but they're available to buy now so it should be fine. The mini album is now available on iTunes (including Highway!) so if you like the songs please do buy them!

Taeyeon, Sunny, and Tiffany will be representing Girls’ Generation at Dodgers Stadium on July 28th. The three members will sing the Korean national anthem as well as throw out the ceremonial first pitch.

i hope their pitch is remotely as good as this

This is C-JeS Entertainment.

C-JeS Entertainment (henceforth known as C-JeS) has received a sudden and unilateral notification from Loen Entertainment (henceforth known as Loen), the online and offline distributor of XIA (Junsu)’s second solo album that is scheduled to be released on the 15th of July. We would like to notify the fans and the public of the current unlawful situation.

C-JeS and Loen came to a verbal decision on the online and offline distribution contract for XIA (Junsu)’s second album, and came to an agreement to work together.

Afterwards, the representatives in charge met over five times and exchanged over 50 e-mails to work on the distribution of XIA (Junsu)’s second album. Ahead of the album’s release on the 15th, C-JeS rand Loen came to a final decision last week on the following promotional marketing strategies. (1. Showcase for Melon users, and the broadcast of the even live on MelonTV 2. Participation in a Melon Special Video 3. Promotional marketing strategies for the distribution of music to 5 online music sites.)

However, we were sent a unilateral notification by Loen last night that overturned all of the previous agreements that had been made. Loen stated, “Though we will be distributing XIA (Junsu)’s music both online and offline. We have decided to nullify all other promotional marketing strategies.” Loen continued to state, “Please be understanding of this as it is a decision made within the company. Although the Melon users’ showcase will be aired live on LoenTV, it will be impossible to disclose the event on Melon.”

Who else thinks that SM had something to do with this? Idk. That's my first thought. This is just such a load of crap for Junsu. I know many people on Omona thought the whole Loen colab meant really good things were now coming to JYJ. *sigh* When will things like this end? (No Loen tag?)

Edit: So I may have been to rash to say it's SM's fault since there has been no indication of SM doing anything. There is a lot of history with JYJ/SM making it easy for SM to be my first thought, and I think this is a complex issue all together.