Just amazing. Return of the kings slayed, I had goosebumps and everything wow

After seeing Kevin's dad, it's easy to see why Kevin is the way he is. I love that Mr. Woo is a G.na fan. lol I wonder what Mrs. Woo says about it.

2NE1 member and solo artist CL appeared in the July issue of “GQ Korea” and talked about the stereotypes Asian women face in today’s world.

In response to questions about the Korean music industry and the international appeal of 2NE1’s music, CL said: “From our [2NE1] first album’s song “Fire,” I never had the consciousness of making and singing songs only for Koreans. [YG] Producer Teddy is also the same. I do what I like to do, not what I think matches Korea. While living overseas, I never had a point where I was embarrassed of Korean music. My father really likes pop music, and I haven’t lived in Korea for long periods at a time.”
( Collapse )
Soompi

In what must've been a huge surprise for Big Bang's Seungri, SBS's 'Inkigayo' mistakenly announced his comeback for next week before quickly doing an about-face.

During an MC segment on the latest episode, ZE:A's Kwanghee announced, "Artists such as INFINITE, B2ST, Kim Hyun Joong, and Big Bang's Seungri is scheduled to come back through 'Inkigayo', so please look forward to them".

Unfortunately, however, Seungri is not scheduled for a comeback anytime soon! It seems that Kwanghee had him mixed up with fellow Big Bang member G-Dragon, who is indeed preparing to come back in mid-August.

"We're not sure if it was mislabeled in the script, or if Kwanghee mistakenly said the wrong name, but it was an incident brought on by the hurried ending comments," said a representative for the music show.

YG Entertainment also said that there were no comeback plans for Seungri. "G-Dragon, Taeyang, and Kang Seung Yoon are currently in line for their respective comebacks," they said.

How we wish it could be true, but alas, it was just an accidental slip of the tongue.

omg inki don't troll my poor heart ;____; on the other hand, i hope when it's finally time, seungri will get the proper comeback promotions that he obvi deserves

This episode was so good! Park Ji Sung is a variety genius. Koo Jae Cheol did really well too. Poor Sulli. She was just there to be the other team's Queen. So was Ji Hyo for that matter.
Yoon Eun Hye I miss you, come on the show! Do you think Kwang Soo dated a celebrity?
Ah I love Suk Jin. He's so underrated. I saw comments that he should leave because all he does is fail and be a negative for his team. Ugh.

This is Part 1 of Living Without Water.

This is the first time I watched the show. What do you guys think? I find it interesting. Do you try to conserve water? I know I try when it comes to certain things, but I fail horribly when I shower. 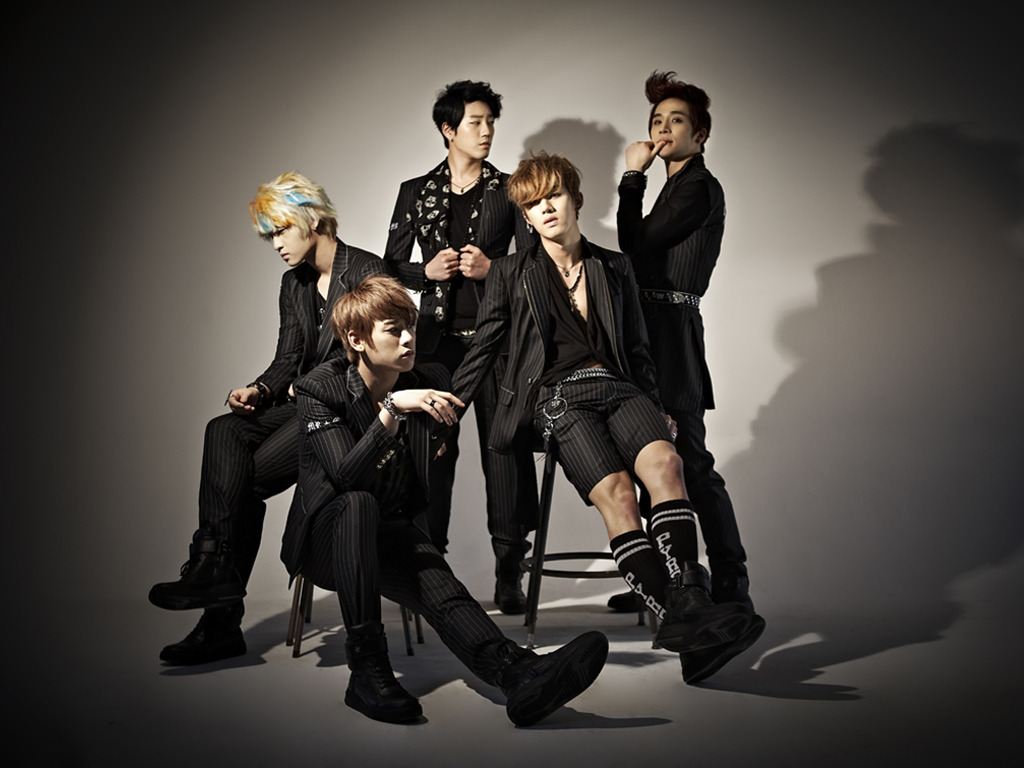 you can read the netizen comments here if you want. they were actually sort of nice.

I didn't include any of Doyeon's tweets because he makes the same dumb face in all of his selcas lately. I wonder how Tey knows Dynamic Duo?

Lmao who is still allowing them to perform ~dance breaks~?!

The fashion works. The choreography is amazing. (Love the leg spread knee dance.) Back up dancers, extras were great. I think the pausing in between each line in the rap threw off the flow. I loled at the swag part. Oh! I loved the guy with the short swimsuit and abs. Me like.

I don't have time to watch it now, so don't know what happens in this one...

I haven't done a full listen yet, but what I can tell by making this post is that every song seems to have a different genre. Junsu even tweeted people tried to dissuade him from the track "This song is funny..right?". That song confuses me. Which songs are you favs?