After making a splash with their pre-release track "Recipe", Brown Eyed Girls will be making a full comeback with an album release on July 29th.

With "Recipe" still doing very well on the charts, we suspect the ladies full album will definitely be much-anticipated. The group is said to have put in much effort since it's their first album in a long while.

Are you excited to hear more BEG?

IT'S FUCKING BEAUTIFUL I CANNOT 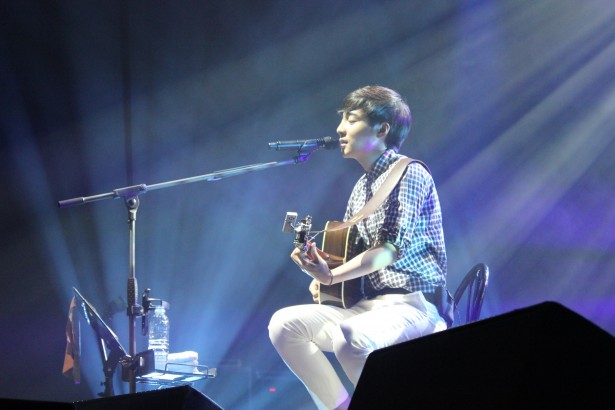 Kim’s promoter CJ E&M released a statement on Tuesday, saying that the young singer did not copy Acoustic Rain’s song “Love is Canon,” responding to fast-growing and heated controversy over the tune released in April.

The statement explained that Kim composed the song with Bae Kyeong-young, while Jung Ji-chan and Kim Sung-yoon co-arranged the song, and that all four had never heard of Acoustic Rain and “Love is Canon” prior to creating the song.

It also said that “BOM BOM BOM” was registered with the Korea Music Copyright Association on April 22 while the ukulele version of “Love is Canon,” the tune being compared to Kim’s tune, was registered on May 15, effectively proving that the two songs are unrelated.

Regarding claims that the beginning to “BOM BOM BOM” is similar to the original version of “Love is Canon,” CJ said it had experts deem there was no plagiarism involved.

This is not the first time the tune has been accused of being a copy of “Love is Canon.” It was first stirred up in May but was overshadowed by claims that Kim plagiarized A-Ha’s “Take On Me” and Korean veteran singer Kim Kwang-seok’s “Where the Wind Blows” (translated title).

Then during his concert in Seoul last Saturday, Roy Kim sang a new self-written song and stated that it was his original tune, addressing previous accusations that it was similar to a song by band Busker Busker member Jang Bum-joon. (details here)

This brought light to the topic of Kim and plagiarism and led to the reigniting of the controversy over “BOM BOM BOM.”

Now another one of his tunes are also being accused of plagiarism: a video on YouTube (watch here) compares Kim’s tune “Passing By” to Singaporean singer Corrinne May’s tune “Beautiful Seed.”

Kim, 20, gained much popularity as the winner of Mnet’s popular talent show “Superstar K 4,” and placed both “Bom Bom Bom” and “Love Love Love,” the latter from his studio release, at top of music charts.

linked the songs if anyone wants to compare
what do you think omona? 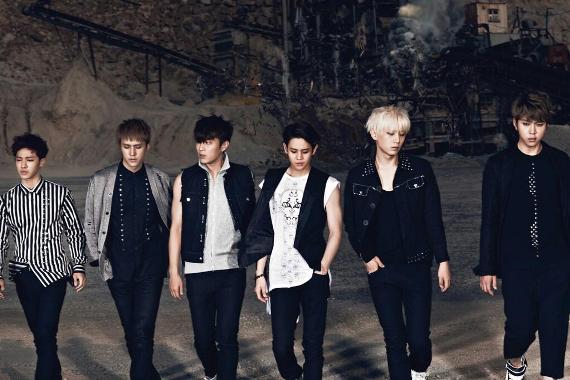 XIA (Junsu)’s ‘Incredible’ Tops Charts In Eight Countries, ‘The Return Of The King’

On the 16th of July, a representative of C-JeS Entertainment stated, “XIA Junsu’s second solo album, which was released on the 15th, topped the album rankings in Singapore, Taiwan, Japan and Thailand.” The album also topped the dance track rankings in Indonesia, Hong Kong, Malaysia and Kazakhstan.

The representative continued to add, “The upbeat title track and various genres of the album have become a hot topic amongst fans.”

XIA Junsu’s second solo album ‘Incredible’ has hit it big both overseas and in Korea. As soon as the album was released, XIA Junsu’s tracks dominated the charts on Bugs and Naver Music, taking up 1st to 12th~14th place. One day has passed since the album’s release but his title song ‘Incredible’ still ranks high on various music charts, showing just how hot the track is in Korea.

The representative said, “On the day of the release, there were a lot of restrictions placed on the album, with it not being pushed by Loen on Melon, or not appearing on the list of new albums on other sites. Although the way in which the album was released was not equal to the release of other albums, it couldn’t stop the anticipation and attention for the album that ranked high on various search engine rankings.”

Kim Junsu’s ‘Isn’t This Song Funny’, “I’m Surprised How Popular It Is Though It’s A Bonus Track”
( Collapse )

130715 The Differences Of Producing Albums In American An Korea According To Kim Junsu
( Collapse )
Source [newsen], Translated & Shared by: dongbangdata.net


JYJ’s Kim Junsu, “It Was Fun And Exciting To Stand In Front Of A Camera For The First Time In 4 Years” 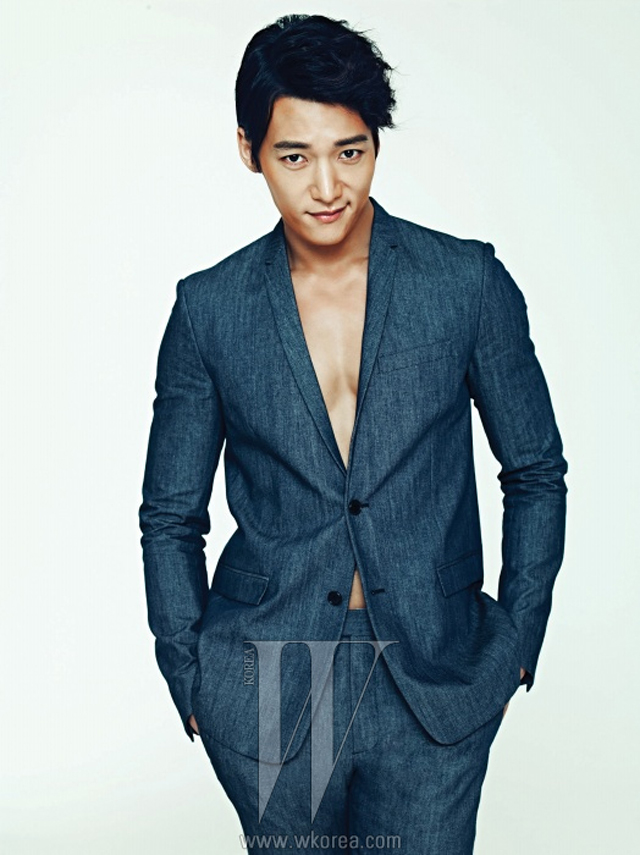 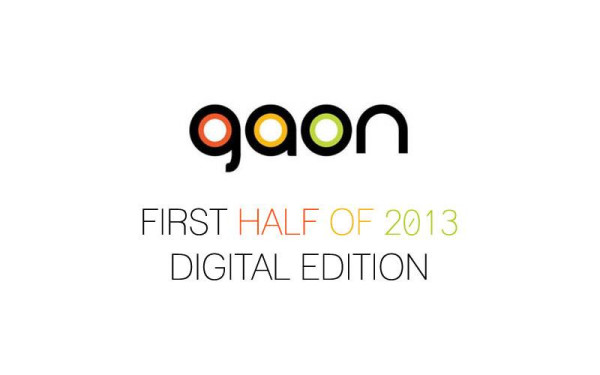 The Gaon Chart is the national chart of South Korea and is intended to be the equivalent of Oricon in Japan and Billboard in the United States.

Check out the chart rankings for the first half of 2013 (January - June) below!

Note: This only contains the charts for Digital Singles and Online Downloads as the Physical Albums Chart has yet to be revealed.

Online Downloads For The First Half of 2013

Why K-Pop Star Ailee Will Be Your Next Crush

Korean pop star Ailee will have you speechless for all the right reasons.


This is Ailee. She’s a Korean pop star. 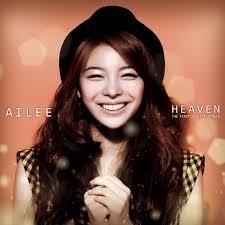 American debut! I demand it!

Anyway, so it's their 300 days anniversary and stuff and they uploaded a prologue of Baekpo News aka their newest show or something i'm not sure how to explain this, in which they mentioned that they fanclub name will be announced at 11:59pm KST on the fancafe

So with that being said, all lovely 100% stans will now be referred to as....

If there is to be a King, then there must also be a Queen. But to find our Queen, we must first find our candidates. So in this post I want you to nominate all your female biases. Remember this isn't just about looks or ability, your bias could be anyone and it won't matter. If you love them then nominate them. Doesn't matter if they're nugu.

Go for it Omona!! 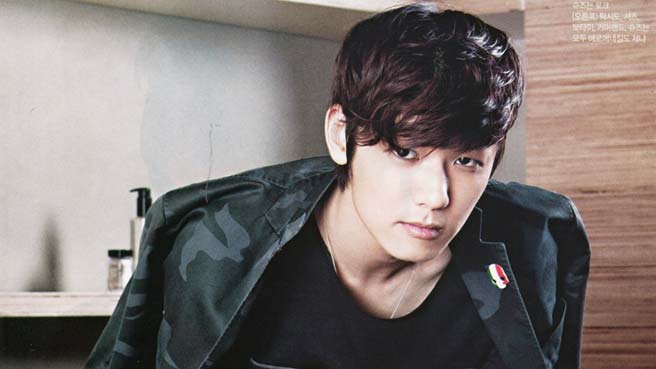 CNBLUE's Minhyuk has been confirmed for the upcoming SBS drama 'HEIRS'!
( Collapse )

The Gaon Chart is the national chart of South Korea and is intended to be the equivalent of Oricon in Japan and Billboard in the United States.

Check out the Physical Album chart ranking for the first half of 2013 (January - June) below!

Mods, this is the physical chart. The digital chart was posted some days ago.

And in case you missed it, Henry played Trap then Chopin Waltz No. 7  previously.

After completing their investigation into the issues raised regarding celebrity recruits in the military, the Ministry of Defense held a press conference to announced their decision.

The most pressing question on hand was whether the celebrity recruit department would be abolished as it had been in place for the past 16 years. The Ministry of Defense announced today that they will indeed abolish the system.

"After the investigation on the promotional department of the military, we have decided to abolish the 'promotional support brigade' [which the celebrity recruits are under]," said the spokesperson. ‘IT RAINS’, which was unveiled on July 16, has now (7 a.m. July 17) ranked the top on 9 real-time music charts including Olleh, Daum, Mellon, Naver, Cyworld Music, Soribada, Bugs, Mnet and Monkey 3.

Although he already garnered much popularity after appearing on Superstar K season 2, considering the fact that the promotion for his album was insufficient, such achievement comes as even greater news for the rookie artist.

KANG SEUNG-YOON, since performing 3 years ago on Superstar K season 2, has matured more musically and his sentiments have added more layers now. In his song, he expresses the pain of loss by singing, “rains to my heart/and it rains so cold.”