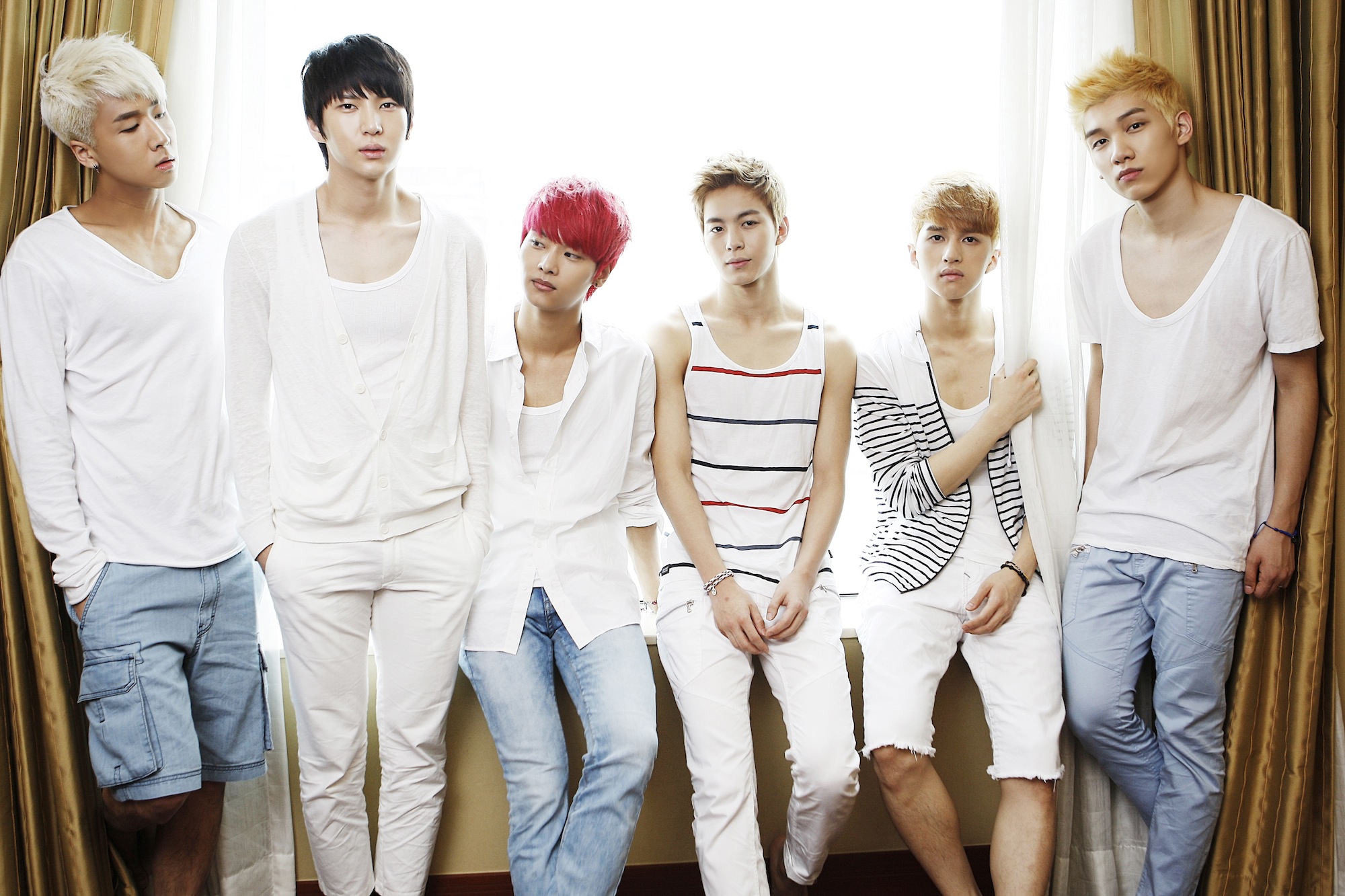 It is always exciting and beautiful to see confidence in youths who have truly worked hard. Hence it is probably only natural that the moment TenAsia encountered the strong determination that was hidden beneath their heavy make-up, their certainty that they will reach the top someday became believable.

Since making their debut in May of last year, VIXX has charged forward and non-stop with three singles, which was followed by their first mini-album “hyde.” Still, they had a clear picture of their future. Their pure and innocent faces turned serious and grown-up when they talked about their future and dreams.

On the special occasion of Hyuk’s birthday, TenAsia met with the six members of VIXX — N, Leo, Ken, Ravi, Hong Bin and Hyuk. With the strong faith that they will ‘make it,’ they are now looking further and higher.

jenna is so adorable

AOA Black's "MOYA" is doing well on the music charts.

The girls' managed to sweep #1 on Soribada, Bugs, and Monkey3 with their recent release, proving that Korea's only idol girl band was in hot demand! The girls had their comeback stage yesterday on 'Music Bank', snagging attention with their performance.
( Collapse )

I debated (No I didn't) with myself whether I should post this or not. But the hell with morals, check it out!


EDIT: Seems like the first video got taken down,but I found another one.

Reve Entertainment may not be a familiar name as it's not an agency that usually manages artists, but is rather a group made up of talented producers and composers including Choi Min Hyuk, Don Spike, Shinsadong Tiger, and more.

Kim Il Do and Kim Hyo Bin who are both born in 1990 formed the duo 2000 Won and made their way up to the Top 4 of the competition, receiving praise for their teamwork and talent. So now that they have joined a company housing some of the big names behind numerous hit songs, anticipation is rising for what lies ahead for the two.

It seems 2000 Won won't need a lengthy training period as they're planning to make their debut this August!

OMG you guys i randomly found this out and I'm so happy because their "Let's Get it Started" audition slays.

Vote for you Biases below.

Get Your freak on Omona

Following the one in 2012, this is our second birthday party with Tiffany. Last year, around this time, we planned a photoshoot in light of her birthday, and we lent a helping hand to the society for abandoned animals through donations. And a year later, we have met with her again for the same reason. She showed off her eye smiles that are forever lovable and make you melt, as well as her different feminine charms. The fun and pleasant time we had during the ‘CeCi’ cover shoot with the most beautiful main party guest who confessed, “My wish has come true,” will now be revealed.
( Collapse )
Source: “CeCi” Magazine, 801DAYZ, je-kwon@Tistory.com, DC Gallery; Translated by: ch0sshi@soshified; Edited by: kt9823@soshified

13 years ago, BoA debuted on the K-Pop scene. At least if last year's 4354 special is any indication! As a BoA stan, I have taken it upon myself to honor my favorite artist ever with a selection of lives spanning her storied career for the viewing pleasure of my fellow Omonians (Omonans?). Let us use this post as a celebration of one of the original leaders of the Hallyu Wave!

Let's start from the beginning, shall we?

So there you have it, Omona! A reflection on 13 years of perfection. You'll have to excuse my posting of "My Name" from the Staples Center, but that was the first time I ever saw BoA live in person, so that moment will always have a special place in my heart. I focused on the Korean lives, because it's the Korean anniversary, but trust me, I love all her music! Feel free to spam with comments, gifs, etc to honor Queen BoA. I hope my first post did her proud!

Girl's Day have revealed that they'll be concluding promotions for "Female President". But not to worry because they'll be immediately bouncing back with new digital single "Please Tell Me"!

"Girl's Day received the greatest love from K-pop fans with 'Female President' during the past month. To return the fans' support, [Girl's Day] will conclude promotions for 'Female President' and will bring a cheerful summer song, 'Please Tell Me'."

"Please Tell Me" is described to be the perfect dance song for summer as it tells of the fun that happens at the beach. Stay tuned for Girl's Day's first performance of "Please Tell Me" on 'Inkigayo' this weekend!

mods pics are from my harddrive idk where theyre from T_T 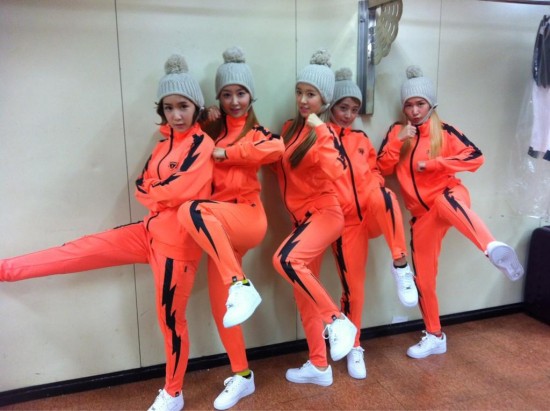 It's been a good week, to put it mildly, for Crayon Pop! Seemingly coming out of nowhere, their latest track "Bar Bar Bar" has been hitting the roof on various music charts more than a month after its release.

Over the past few days, sales and playcounts of their latest track have soared, hitting the roof on various real-time music charts such as Daum and Naver.

This happy trend comes on the heels of their #1 on Melon's music video chart a few days ago. The peculiar-yet-addicting girl group's meteoric success gives us plenty of questions: 1) Just how far can these girls go, and 2) Where can we get their costumes??

And they've peaked at number three on the real time Instiz charts and are currently sitting at number five!! So happy for them :')

Idol group U-KISS has released their second full-length Japanese album and has entered in the top 10 of the Oricon Chart.

U-KISS's 2nd album, 'Inside of Me', was released on the 24th in Japan and landed at No.6. The album release comes right after their music video release for their title track "Inside of Me", which was highly anticipated by fans.

Their latest entry into the top 10 is very impressive as it has been five months since their last Japanese single "ALONE". U-KISS's latest Japanese album features 13 tracks, including previous singles, "Alone", "Distance", "Dear My Friend" and "One of You".

U-KISS will embark on their nationwide Japanese ZEPP tour on the 30th, starting from Tokyo and heading to other cities such as, Osaka, Fukuoka, Hokkaido.

Please excuse the lack of streaming post. I've been looking everywhere for the album, and I simply can't find it. Would anyone know a reason for that? Could it have something to do with Avex? Tbh, this frustrates me a little.
I'm so excited my bbs are #6!I hear great reviews for Inside of Me.