SOURCE:Crownrecord Offical YT
Dissapointed tbh. Baby looked great and the song was catchy at parts but nowhere near as solid as his previous releases.And he is capable of far better choreo. Can't comment on his Japanese but his English was great. 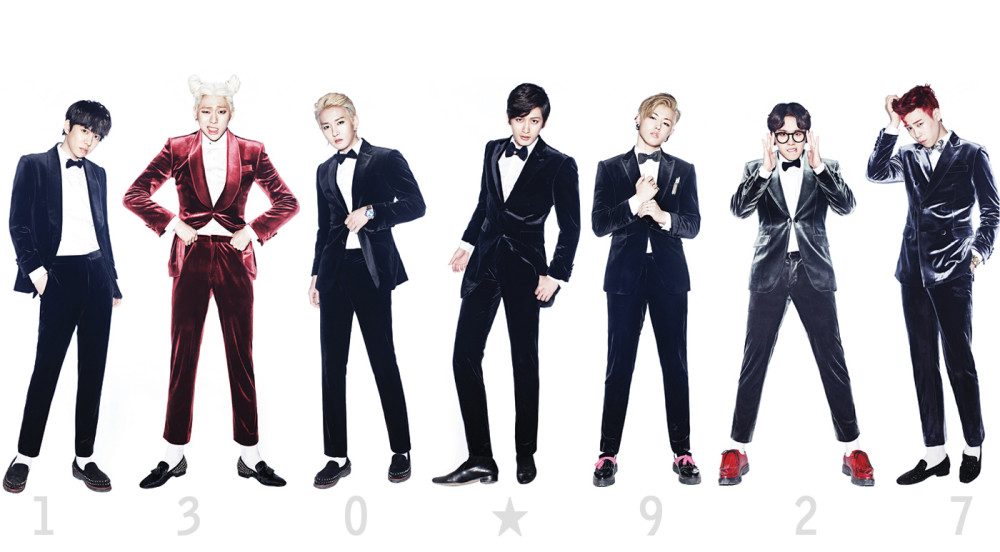 After a difficult time getting back on their feet after their scandal and failed lawsuit against their original agency, Block B has managed to amaze everyone with their immense success since their comeback with 'Very Good.' They won first place on SBS's 'Inkigayo' on the thirteenth and sold 60,000 copies within a week of the album's release. At the current time, it's been reported that they sold over 100,000 copies! They're even being called to be CF models for health drinks, casual clothes, and chicken.

Shout out to the lovely

opd_songbird for filling in for me last week!

SISTAR's Bora has been confirmed to join Park Seo Joon as the new female MC of 'Music Bank'!

The two appeared at the press conference together, confirming the new MC line up. Although Park Seo Joon had been announced earlier on, Bora was a surprise up until her appearance. Park Seo Joon revealed that he himself also didn't know Bora would be his partner until 30 minutes before the event.

He shared, "I watched 'Music Bank' a lot during my time in the army. I was jealous of the MCs so it feels new and exciting to be an MC. I will distinguish myself as an MC by showing a mature and refreshing image."

Bora added, "It feels new to stand on stage as a MC. I will work hard from now on... Although I am not close with Park Seo Joon yet, since we are acquaintances, I think we'll be able to do well together."

Bora and Park Seo Joon will replace 2AM's Jinwoon and Park Sae Young as the new MCs. Jo Kwon is said to be filling in as a special MC this week and fans will be able to catch the new duo starting next week!

The SPICA members showed off their beauty and shared their best tips with fans for their pretty pictorial with 'Campus 10'!

SPICA looked lovely in the colors of fall and amped up their makeup to highlight their beauty even more.

During the interview with the magazine, SPICA gave some pointers on how they keep in shape. "Rather than the running machine, we run 6 km (~3 miles) around the Han River and Seokchon Lake," the girls said. Jiwon also revealed her makeup tips as she said, "To attract the opposite sex, it is better to wear a reddish lip tint product rather than a glossy one. Rather than going for a bold, intense color, it's important to stick to the colors that look more pure and innocent."

Look at their lovely pictorial below! 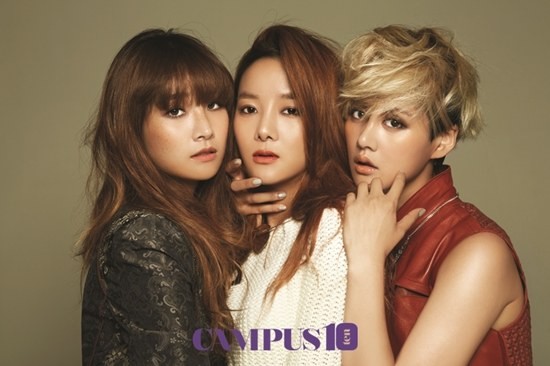 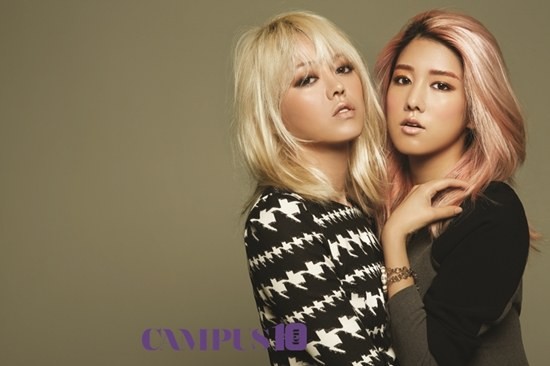 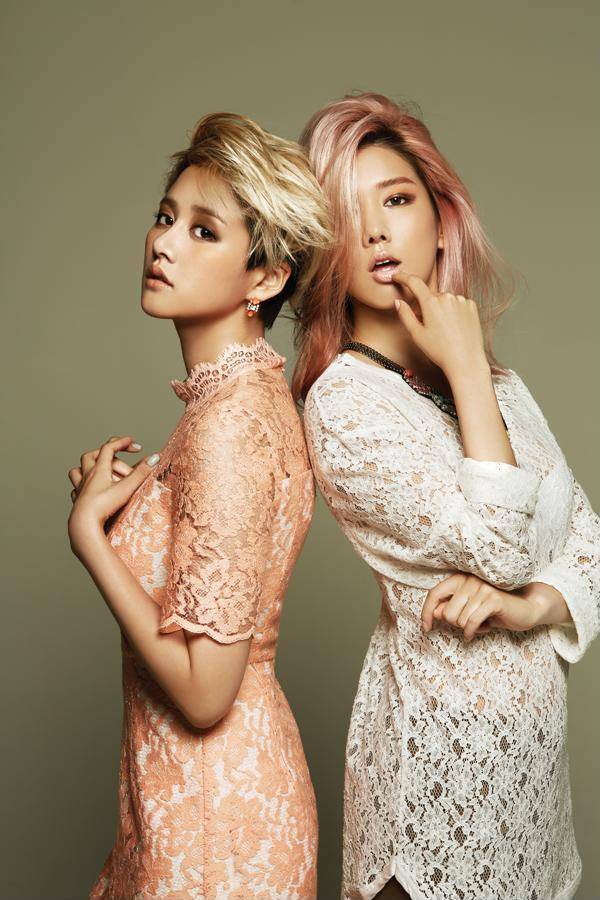 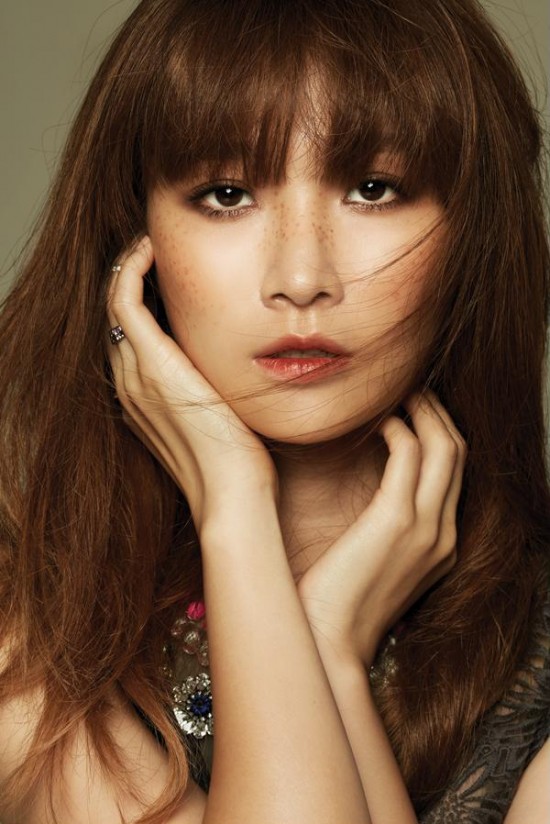 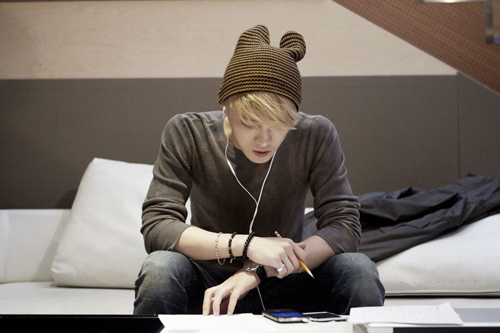 Following his Sunny Day, JYJ’s Kim Jae Joong will be releasing Butterfly ahead of his album reveal.

On October 17, C-JeS Entertainment announced that the official date of release for Kim Jae Joong’s first album, WWW: Who, When, Why will be October 29. Ahead of the album release, Kim Jae Joong will be unveiling another pre-released song.

The song will be Butterfly, which has a simple melody that anyone can sing along to with a touch of Korean rock. Kim Jae Joong personally participated in the writing of the lyrics, pouring his passion into the song.

Butterfly will be pre-released on October 23.

When friends or lovers get into an argument, how should you resolve it? T-ara is standing before the public with this thought in mind. When people are angry because of your actions, and when an apology cannot resolve their anger, what should you do? T-ara has chosen to silently work hard and to wait until that anger melts.

Although it is common for artists to become emotional and cry during interviews, T-ara’s tears fell carefully even when they were falling naturally. T-ara, who can’t even escape vicious criticism when they simply prepare snacks for their fans, ended up saying tearfully, “We will work hard.” The questions and answers that required tissue everywhere until the end are now revealed without any changes.

This man will be the end of me

On October 16th, Tiffany attended a press conference for “Fashion King Korea“, an upcoming fashion competition airing on SBS. The press conference took place at the Prism Tower in Sangam-dong, Seoul with the other cast members of “Fashion King Korea”, including SISTAR’s Bora, Boom, entertainer Kim Nayoung, actor Lee Jihoon, and singer Yoongun. As each cast member posed for photos by the media, Tiffany showed off the fashion sense that earned her a place on the show, looking beautiful in a black dress. Tiffany also posed for photos with her partner on the show, fashion designer Ji Ilgeun.

During the press conference, Tiffany spoke about her casting in the show, saying, “I was jealous when I heard that Yuri was going to be acting in the drama, ‘Fashion King’, but I am thankful for the chance for me to be a part of a different ‘Fashion King’.” She continued, “To be honest, I had many worries before deciding to be on the show. I thought that there might be a minus for me. I will work hard instead of trying hard to win. As a representative of idols, I want to show viewers that idols do not just put on whatever is given to them, as well as the huge role that stage management has in showing off what we are wearing.”

very cute.. the rap sounds good even if the song is forgettable its fun. the $2 shop maid outfits lol.. ynb where is d-unit though just saying...
also sorry mods my other post i forgot a title i think sorry oops

@realjonghyun90 M COUNT DOWN! There’s a short live talk! Ke hahaha! But the MC is Kim Woo Bin and another is Joon Young hyung…keke..ha..M COUNT DOWN hates me i guess.. 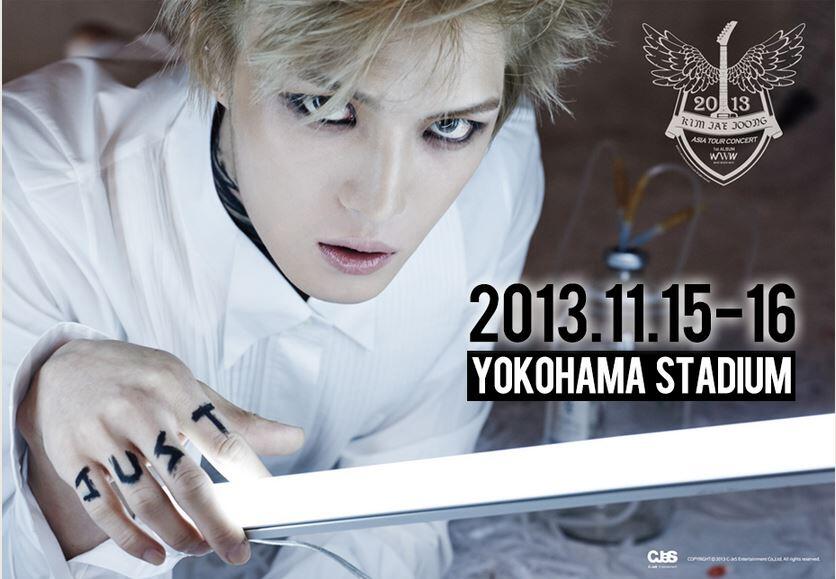 On the 18th, Kim Jaejoong released the tracklist for his upcoming album, WWW, through Synarra. The album consists of 13 tracks with features from various artists and many personal contributions from Jaejoong himself.

Credit: Synnara
Translation Credit: Myself
Used the new Yokohama Concert Poster pic for this post because it makes me so happy every time I see it. This perfect concept! Also, this album--GLAY? PIA? YB? I thought it wasn't possible to get more excited than I was, but I was wrong.

Yay subs! This episode was hilarious

On October 16th, HyunA uploaded two photos of herself onto her personal Instagram that made people wonder if she was filming something for Trouble Maker's upcoming comeback.

In the photos, HyunA has blonde hair while wearing a short white top matched with see-through, black pants. While the colors are simple, the outfit is definitely sexy especially as HyunA poses glamorously in front of a car for what appears to be a special filming.

Trouble Maker will be making their comeback through 'M! Countdown' on the 24th so make sure you check it out!