Just talks about how G-Dragon and Junhyung are known for being idol producers and now Zico's making a name for himself as well.

I know there's no actual article but I think it's pretty self-explanatory. Lol poor Junhyung, K-netz seem to love Beast but every time GD is brought up all hell breaks loose. I'm happy to see Mino being mentioned but lbr if he wasn't in YG he'd probably still be a nugu. So which idols do you think deserve to be here or do not get enough credit for their involvement in the group's music?? 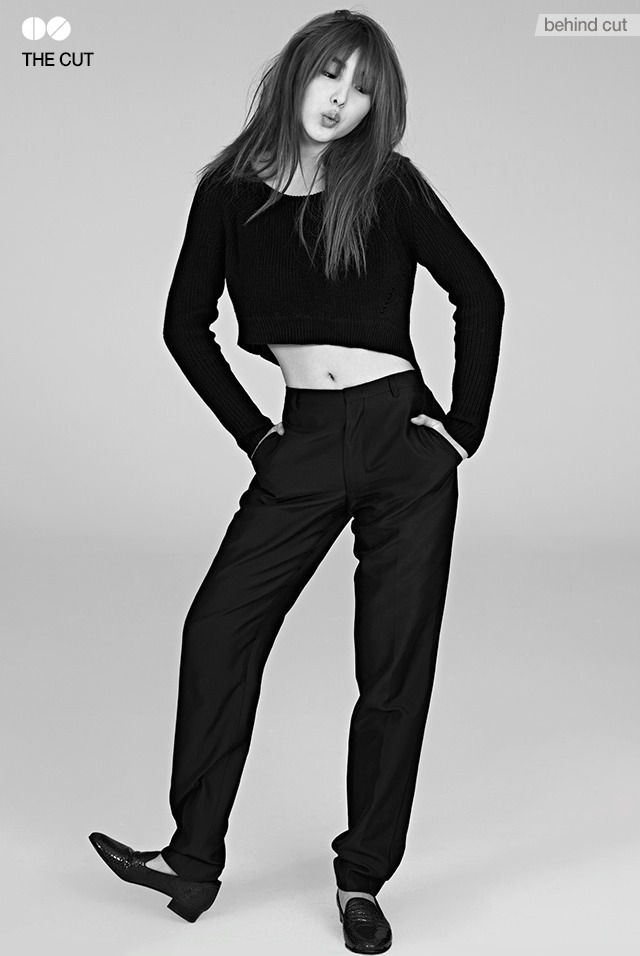 4minute’s Kwon Sohyun will take on another challenge as she is to make her big screen debut with movie “Hwanggu.*”

"Hwanggu" will deal with sensitive issues that encounter multiethnical families as well as the prejudices of society against Hwanggu, the male lead’s character, who was born from a Korean mother and Filipino father.

Sohyun will play a spirited, bright and stubborn college student who will support her mixed boyfriend through his hardships to challenge the national taekwondo title. Her part will be one of a determined young woman who is against any form of injustice and who spends her free time doing voluntary work.

She stated, “It will be my very first individual activity. I feel as if my heart will explode because of the excitement of being part of such great work. [Being chosen to represent] such a meaningful piece of work, I will try my hardest for it to receive as much of a warm welcome from the public as it deserves.”

Meanwhile, filming for “Hwanggu” will start on October 28 and will be complete in November as the movie goes into production. The movie is expected for release in the first half of next year.

(*yellow dog : the nickname of Sohyun’s boyfriend in the movie) 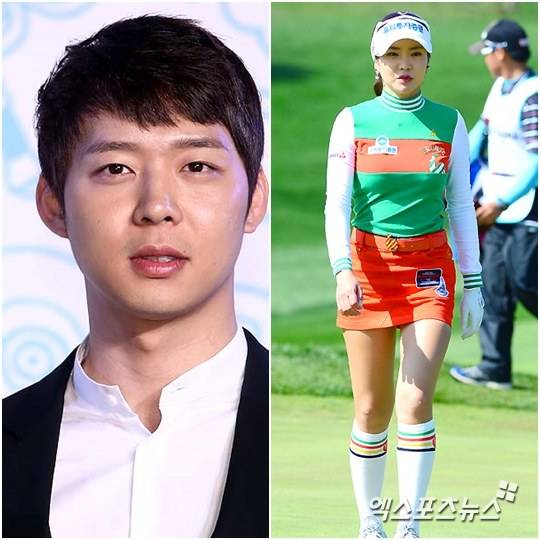 JYJ's Yoochun (28) and pro golfer Ahn Shin Ae (24) have been swept up in dating rumors.


According to sources surrounding the two stars, Yoochun has especially been getting into golf recently and the two were able to get close playing golf together at a golf club in Seoul.

97er Bambam knows what his fans want. Fans wanted a confirmation that Bambam is joining the upcoming group just like Jackson and Mark, so he uploaded a selca together. What's more, Bambam was also seen coming out of JYP building with JYP two days ago. Those three trainees are the only who visit the office and hang out with JJ Project regularly. As you probably know trainees who aren't ready to debut aren't allowed to have public SNS accounts, that's why Jackson, Mark and Bambam are expected to join JJ Project.

Bambam won several dancing competitions in Thailand and he's a SNSD Taeyeon's fanboy. He took part in a dance battle on YG's WIN. 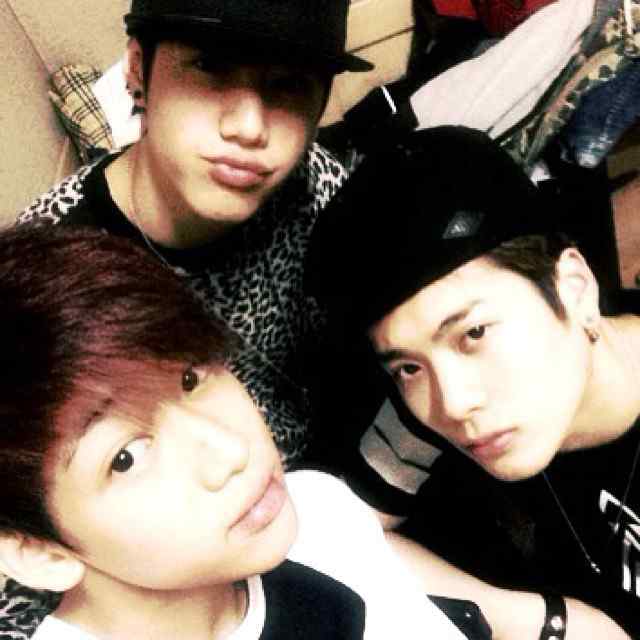 Now all we need is a confirmation from papa JYP.

A-JAX shared the unfortunate news that Sungmin will not be taking part in their upcoming comeback due to his knee injury.
DSP Media stated on the 23rd, "During a recent practice, Sungmin tore the ligament in his right knee. Sungmin is unable to take part in practice or activities for the time being... According to the doctor's suggestion to focus on his recovery, he will be absent from A-JAX's comeback on the 28th."

With his recovery expected to take about six weeks, Sungmin will not be present in the music video or stage performances for 'Snake'. This isn't the first time that such an unfortunate happening has occurred for the group as Yunyoung had to previously sit out for a while waiting for his back to recover.

We wish Sungmin a speedy and complete recovery!
source: akp

they'll be down to five if Yunyoung doesn't promote this time round too :( And if that is the case, both their lead vocalist and main vocalist won't be around :( (though I love Jaehyung's voice)

Stars had much interest in SISTAR Soyou's secret to fit body or skills as a vocalist. When you look at stars' questions, you can see how SISTAR dominates both sexy and talent. Even those stars that have no or little relationship with Soyou had kind words to say. To those, Soyou answered truthfully with both humility and care. Soyou who raced ahead with just a dream before debut, is now a star with confidence, taking care of herself and steadily getting better. She is also full of her own ideas and goals. This is the reason why we look forward to SISTAR Soyou in the future.

I've said this before and I'll say it again Soyou x Mad Clown should've been a whole album; Soyou should be fixed on IS2; Soyou, Soyou, Soyou--you get the picture.
And okay so 3 out of 4 members of SISTAR want do a hip-hop concept. Do you see this Starship? DO. YOU. SEE?

Voting will open at midnight on 24/10 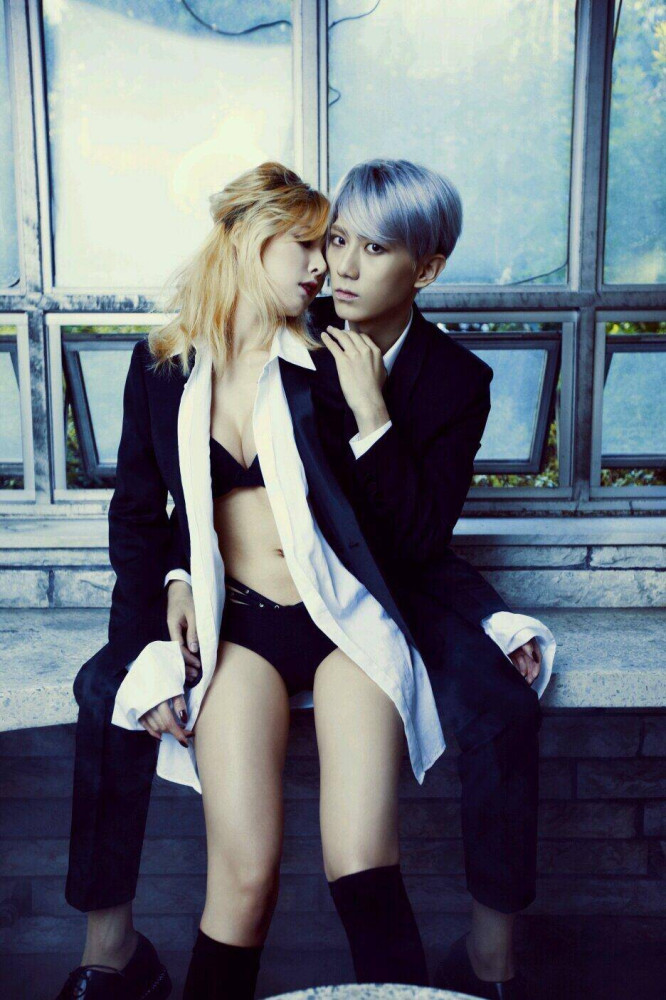 Taecyeon meets his fans through google hangout and JUN. K surprises fans (and Taecyeon) with his English skills. 2PM working on a new korean album.

(they appear around 2:43 and they're all really cute...except for the one in the all black outfit ~_~)

Crayon Pop's agency, Chrome Entertainment, will be revealing a new 5-member boy group this November!
Chrome Entertainment revealed the group's name to be Snakehead as they stated, "Because their group name is Snakehead, there might be misunderstandings, but their concept is not a comedic one. Their group name represents the snakehead fish, which is well-known as a health food in Korea, and stands for longevity."
"We are currently preparing a boy group consisting of members in their twenties... We are looking to make their debut early or mid-November... We're working on their digital single, but it is not complete yet."
The agency also hinted on a possible featuring by Crayon Pop, stating, "We are also considering a collaboration with both groups... Crayon Pop will help out out both directly and indirectly in Snakehead's debut album."
Stay tuned for Snakehead's debut next month!
source: akp

STANNING THEM BASED ON THE NAME ALONE

Hello. This is NH Media.

This is a notice about U-KISS's 8th mini-album "MOMENTS" COMEBACK.