On December 12’s broadcast of KBS’ Happy Together, the dads of Superman is Back appeared as guests.

During the show, Lee Hwi Jae, who is close to Yoo Jae Suk, began spilling details about what he knows about Yoo Jae Suk.

“I heard from information guy in Apgujeong that Yoo Jae Suk is currently planning on having a second child,” said Lee Hwi Jae.

“I’m actually really planning on having a second child, but how did you even know about this?” said Yoo Jae Suk. “Jung Hyung Don even came to me and congratulated me on my second child, saying he heard from you.”

Meanwhile, Lee Hwi Jae surprised everyone with how much he knows about people in the entertainment industry.
( Collapse )

Read different translations so I'm not sure if they were planning for a 2nd child or still are.

On the 13th Kyuhyun made an appearance at the Entertainment Life Awards. He sang Late Autumn as well as Love Dust that was released earlier this year but has never been performed live until now.

Kyuhyun also got an award for "Best Kids Idol".


Some imitations and jokes


Coincidentally on the 11th a list of kpop comebacks and debuts supposed to take place in the first half of 2014 started making it's way through the international fandom. Among all the other names a 'Cho Kyuhyun' is listed in the month of May.

Needless to say this list is in no way, shape or form confirmed. I can't even find an original source for the thing. But it has been making waves and generating talk.

Any thoughts on a Kyuhyun solo debut? 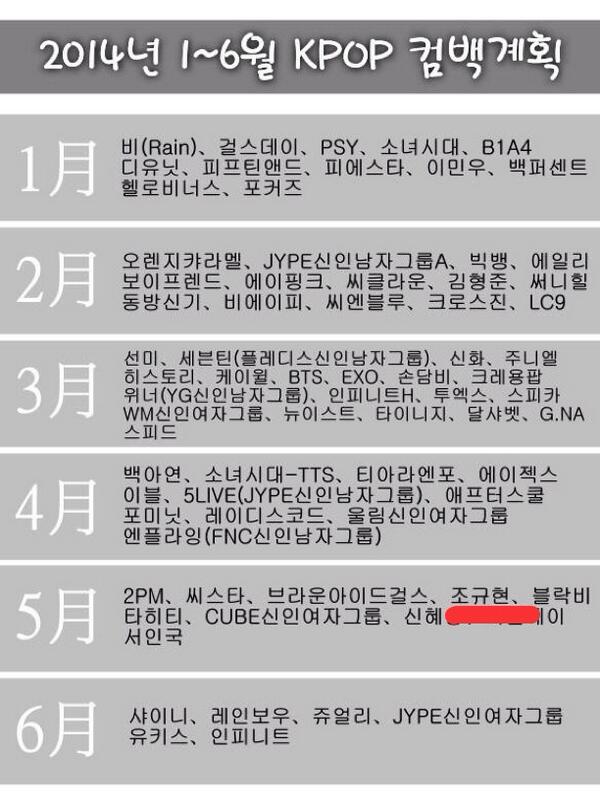 gifs here
if my significant other got to hug an snsd member, you're damn right i'm gonna be jealous and want a hug too

After appearing as a guest star in JYJ’s Kim Jaejoong’s concert, Gummy will be collaborating with another member of JYJ and fellow label mate Kim Junsu.

According to a rep from C-JeS Entertainment on December 14, “Kim Junsu and Gummy partnered together to sing Kim Kwang Seok’s ‘The Reason For Love’ for a special album created in celebration of the opening of the musical ‘December,’ which will be released on December 18.”

leaving YG was the best thing for her

I had no idea Carla Bruni released an album... 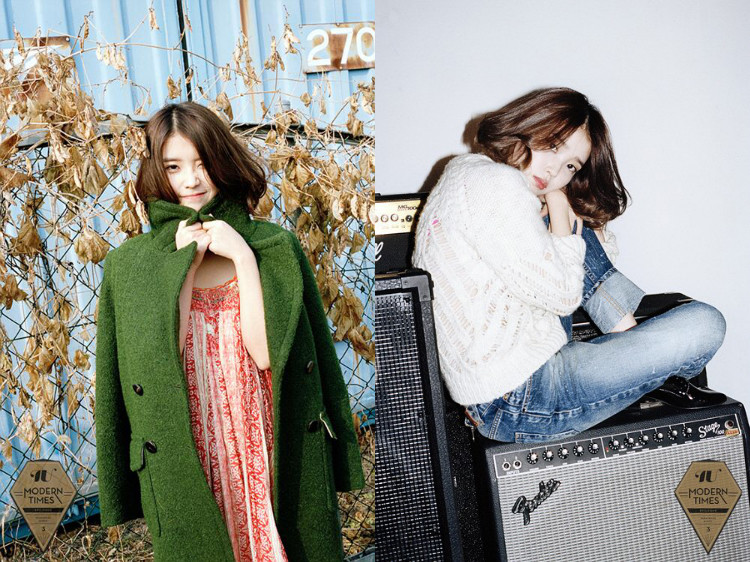 Singer IU will be releasing a repackaged version of her third album titled, “Modern Times: Epilogue.”

LOEN Entertainment announced on December 13 that the repackaged album will have two new tracks titled “See You Friday” and “Crayons.”

In addition, fans will have access to unreleased material from IU’s third album when they purchase the DVD, which will also contain the live recording of her second solo concert performances and a special booklet to boot. The limited edition repackaged album is expected to sell a total of 10,000 units starting December 26.

“See You Friday” is an original track composed by IU and carries a rhythmical swing melody. Through the lyrics, IU conveys the excitement and anticipation of a girl going on her first date. The track will also feature fellow label mate Jang Yi Jung of boy group History as the male vocal counterpart.

On the other hand, “Crayons” was composed by new songwriter KZ and Electronic Man while IU wrote the lyrics for the song, which is about a woman who has fallen in love. The song will actually be released before the repackaged album release on December 18 during an episode of KBS drama “Beautiful Man,” which IU is currently starring in.

Translation of the picture of the open letter on Jonghyun's Twitter profile:

Kim Eun-ha, the author of this letter got a wind of this and posted up a DM of her conversation with Jonghyun.
( Collapse ) 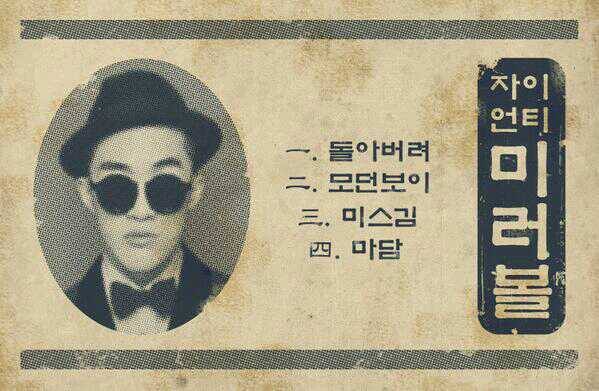 As we all know, the title of the album is Mirror Ball. The tracks are as followed:


It's a mini album! These four songs will probably rule my life. Omg Eunji is such a dork that she can't even be cool around good looking guys. Every single person in both groups is so cute. There is too much cute happening. Maybe I just use that word too much. Or maybe everyone I like is really cute.

"I can see the familiar career..It was true that Jjangmae shared my favorite place I will announce it to everyone. Jjangmae who was with us for four years left us and flew to the juniors /cries/..Missing You..Missing youuuuuu~ng.."

"So funnyㅋㅋ Why do Blackjacks like it that Jjangmae left us?ㅋㅋㅋㅋㅋ It’s comedy. Is Missing You’s main character Jjangmae?ㅋ By the way, please love our cute hoobaes, Winner ^_^"

Videos from the press call and interviews 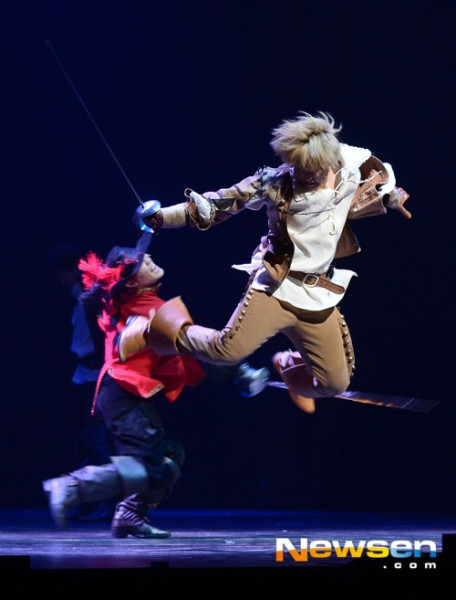 Sungmin interview about the Three Musketeers

Q. There are many charming roles in The Three Musketeers. What is a role you want to try?
A. Constance! Though it's disappointing that a man can't play the girl's role^^, I think that the scene with the iron mask is very memorable. I sometimes provide ideas to Constance about the scene where she acts with the man wearing the iron mask~
( Collapse ) you can get it @ yesasia
Collapse